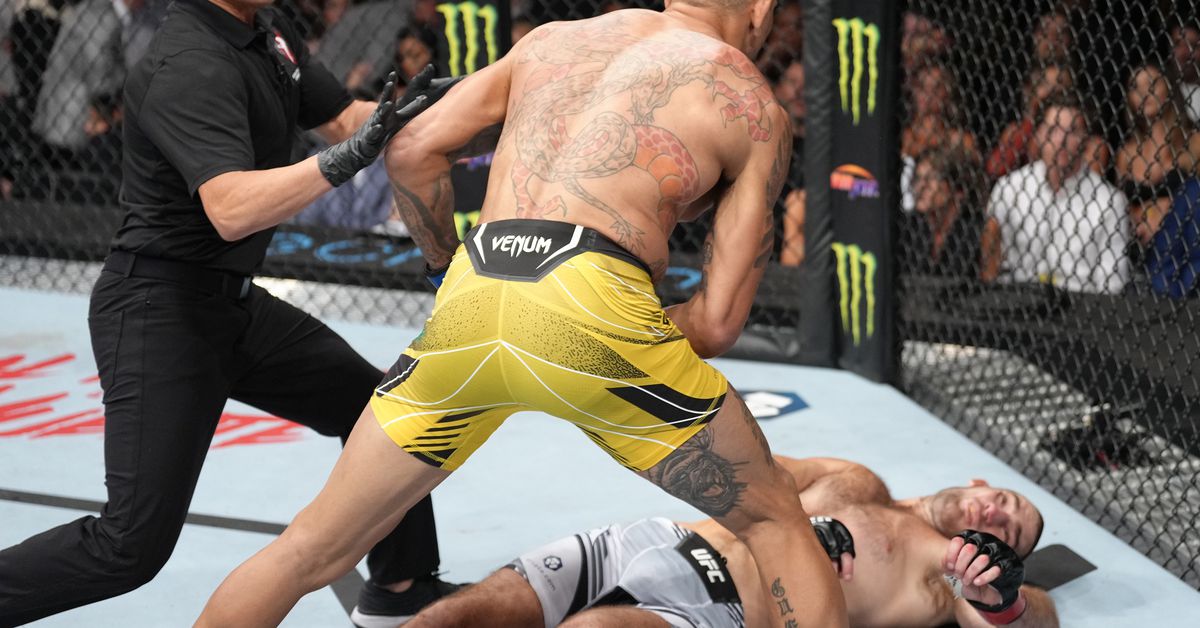 Alex Pereira proved yet again why standing and striking with him is like playing with fire.

In his first chance to make a statement on pay-per-view against a highly ranked opponent, Pereira uncorked a devastating left hook that put Sean Strickland down and out in the first round at UFC 276. It was a stunning finish as Pereira needed just a single shot to land flush that dropped Strickland to the canvas where the Brazilian delivered one more huge punch before the referee rushed in to stop the contest.

The official end time came at 2:36 in the first round.

“I don’t care whatever he says in the pre-fight interviews, I don’t take nothing personal,” Pereira said about Strickland. “I want to thank him for fighting me. We had a strong strategy. Took some time in there for the knockout.”

Facing an elite kickboxer didn’t deter Strickland from his normal game plan where he was putting forward pressure on Pereira while trying to establish his volume striking game. Strickland seemed to settle into his usual rhythm but Pereira was just biding his time as he chipped away with leg kicks while looking for the perfect opening to unleash his hands.

The opportunity came midway through the round with Pereira stepped in to throw the left hook — the same exact punch that floored UFC middleweight champion Israel Adesanya in their last meeting in a kickboxing ring in 2017 — and it detonated on Strickland’s chin.

Much like the Adesanya knockout, Strickland was done thanks to Pereira’s considerable power as he moved to 3-0 in the UFC while positioning himself for a potential title shot next.

“Many people talk about my two wins over Israel Adesanya but say they’re in kickboxing,” Pereira said. “I just beat the No. 4 [fighter] in the rankings so I know I earned that [title shot]. Let’s cheer for Adesanya tonight.”