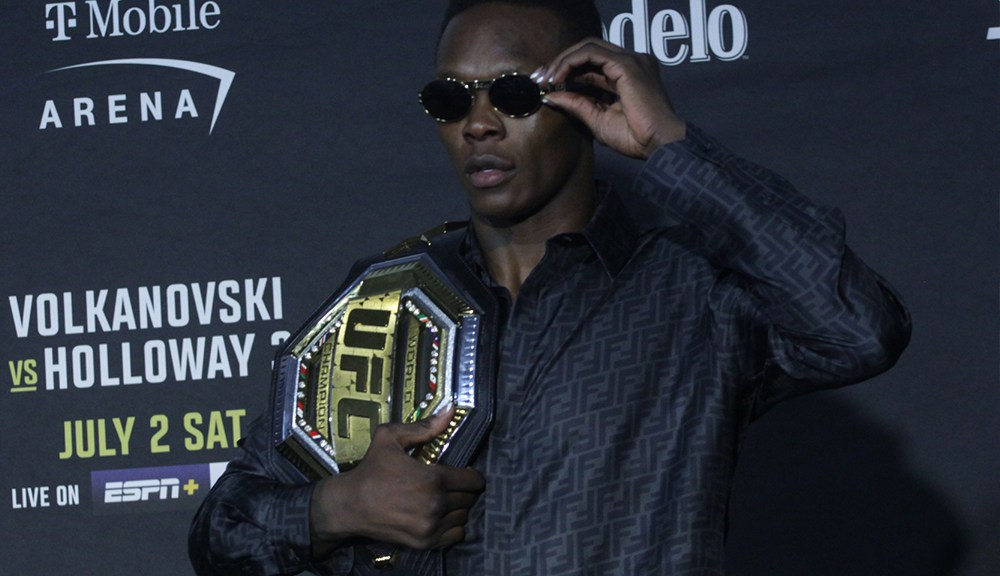 By Farah Hannoun and Ken Hathaway |

LAS VEGAS – UFC middleweight champion Israel Adesanya likes the pressure that will come with facing Alex Pereira in the octagon.

With Pereira starching Sean Strickland in the first round this past Saturday at UFC 276 and Adesanya following that with a near shutout of Jared Cannonier in the main event at T-Mobile Arena, the pair are set for a third meeting in mixed martial arts.

“That’s the next fight,” Adesanya told reporters, including MMA Junkie. “I saw his fight. It was a good fight, but Sean Strickland should have focused on his job like I told him to. Soon. How soon? We’ll find out.”

Adesanya has been a pretty sizable favorite in all his title defenses and while the opening odds also have him as a favorite over Pereira, he knows what the narrative of this fight will be. That makes him excited for the challenge of avenging those losses.

“I’m facing the guy who’s beat me in kickboxing, and now he’s still chasing me because he knows I’m the king and he wants to try and get that away from me,” Adesanya said. “You guys see what happens when my back’s against the wall, when I really have that pressure. I put pressure on myself, but then I have pressure put on me, as well, so I look forward to fighting him in the next fight. How soon? We’ll find out.”