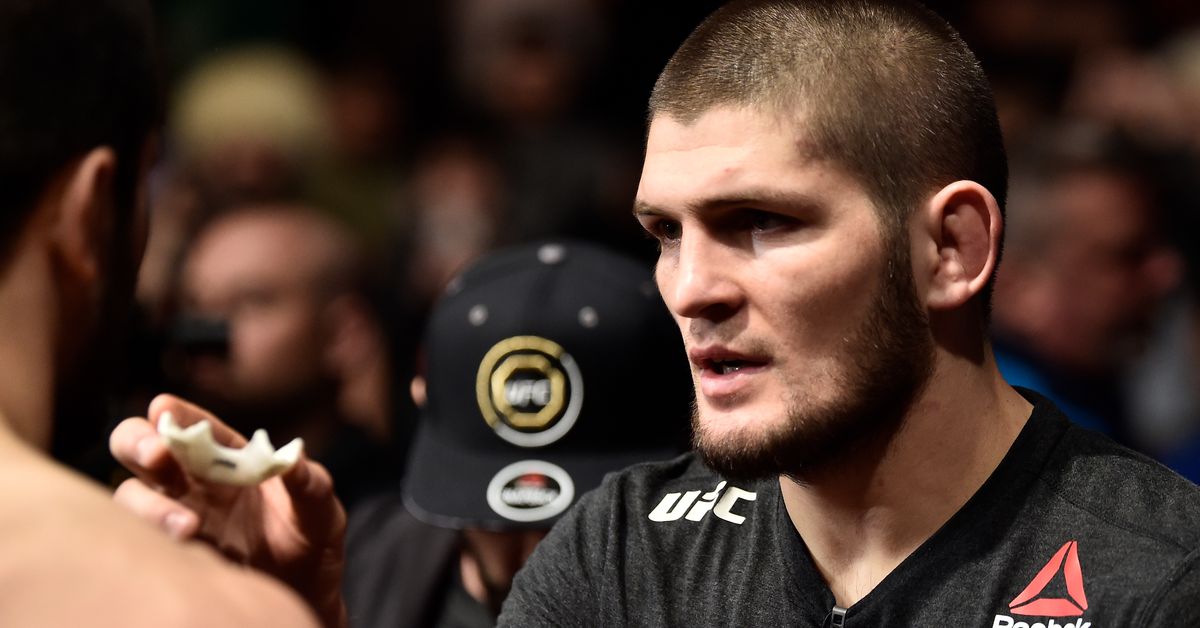 Khabib Nurmagomedov is lobbying for his teammate Islam Makhachev to challenge for the UFC lightweight title next. That would mean a matchup between Makhachev and former 155-pound champion Charles Oliveira, who saw his title vacated after missing weight for a defense against Justin Gaethje at UFC 274. A fight that Oliveira ending up winning with a first-round submission.

It’s unknown at this time if that is the fight that UFC will be making for the vacant title, but it makes the most sense. Khabib and team are confident in their chances of Makhachev’s grappling being too much for Oliveira. Nurmagomedov believes so much in Islam’s ground game that he’s willing to have the fight take place in Brazil so Makhachev can beat Oliveira in his own discipline.

“This is not Islam or Khabib’s organization, this is UFC [and] they have owners. They make these decisions,” Nurmagomedov told Ag. Fight. “Ok, if they say Brazil, we’ll love this. Come to Brazil, fight with Brazilian champion and finish him with Brazilian jiu-jitsu style. I love this. What you think about this? It’s gonna be hard?

“I really believe Islam can finish him on the ground. I really believe this. Now you guys gonna judge me because Islam, but who cares? Who cares? If they say Brazil, OK, let’s go Brazil. Rio de Janeiro, Sao Paulo.”

Khabib remembered the first and only time he fought in Brazil and how the fans turned once he won in dramatic fashion. He believes the same can happen to Makhachev.

“I fight one time in Sao Paulo, Thiago Tavares,” Nurmagomedov said. “It was very short fight, one and a half minute, boom. Before fight everybody said I was gonna die. After fight, everybody take picture with me. It’s gonna be same thing with Islam and Charles Oliveira.”

Henry Cejudo is pulling out all the stops to lock down a UFC title fight in his return.

Now that Drake’s betting curse is over is Chris Pratt the new MMA jinx?

Looks like Sean O’Malley covered up a tattoo of his kid’s footprints with a dragon. Thoughts?

This is a hard stat to swallow if you’re a fan of Israel Adesanya.

Post #UFC276, Israel Adesanya has the second lowest UFC finishing rate amongst the current champions with Carla Esparza the only fighter below Stylebender. pic.twitter.com/Ck0OW3fc1c

Saw this over the weekend and had to post it.

Hasbulla about to go for a ride!

Who wins in a fight between Valentina Shevchenko and Martin Riggs?

What a comeback KO finish for Xavier Alaoui against Fabricio Sarraff at UAEW 31 over the weekend.

This was probably the most eventful moment of Pedro Munhoz vs. Sean O’Malley.

There wasn’t much MMA action on July 4th so we’ll leave you with this rear-naked choke dished out during Nathan’s hotdog eating contest.

How many times are you puking before killing this gallon of pink lemonade?

Where was this lifeguard 20 years ago?