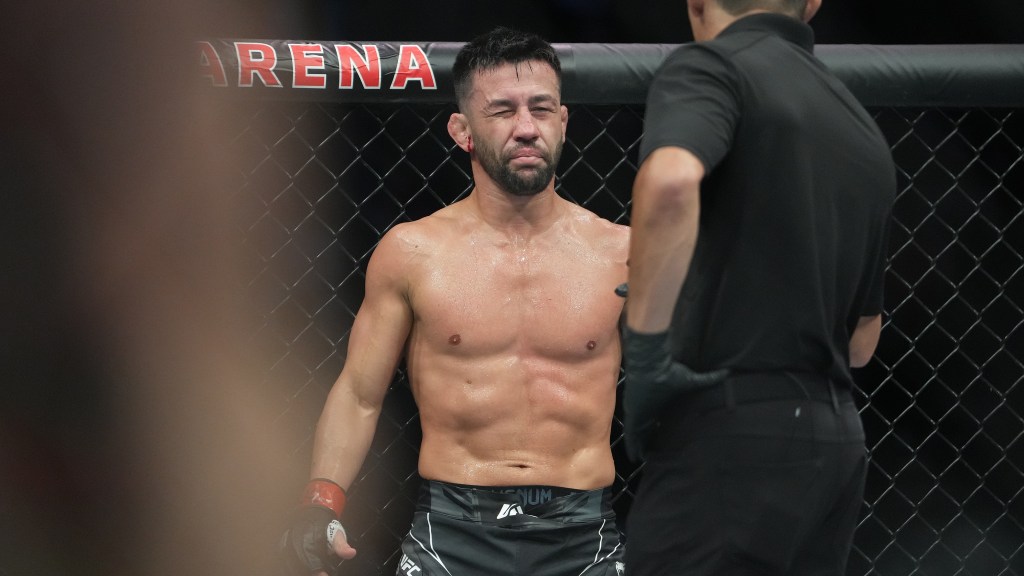 Despite what his UFC 276 opponent Sean O’Malley and others may believe, Pedro Munhoz has gone to unnecessary lengths to prove he sustained a very real injury.

In the second round of their main card bout, Munhoz was accidentally poked in the right eye by O’Malley. Munhoz told the doctor who entered the cage to check on him that he couldn’t see and the fight was stopped a few minutes after the incident occurred, resulting in a no contest.

Speaking to reporters during the post-fight news conference, O’Malley said Munhoz “100 percent” wanted a way out of the fight. A few hours after the fight, Munhoz explained his side of the story, saying he was poked in the eye in the first round too, before the accidental foul in the second that led to the stoppage.

Apparently, Munhoz’s story along with a few third-party confirmations and photos of his swollen eyes after the fact wasn’t enough to convince people his injury was legitimate.

On Monday, Munhoz took it a step further to prove his eye injury by posting a photo of his medical record on <a href=”

“This is a Saturday night medical report,” Munhoz wrote in the caption of the social media post.

According to the record, Munhoz was given erythromycin ophthalmic ointment, which is used to treat eye infections. In addition, he was administered a fluorescein ophthalmic strip in both eyes, which aids in detecting corneal abrasions, and tetracaine ophthalmic solution to numb the eyes before medical procedures.

The record shows Munhoz is to follow up with Dr. Emil A. Stein, a Las Vegas-based ophthalmologist, for abrasion of the right cornea and acute right eye pain.

While it shouldn’t be necessary for a fighter to post their medical records online to prove to his doubters wrong, Munhoz brought out the “receipt” to show he is dealing with a real injury from his fight with O’Malley.