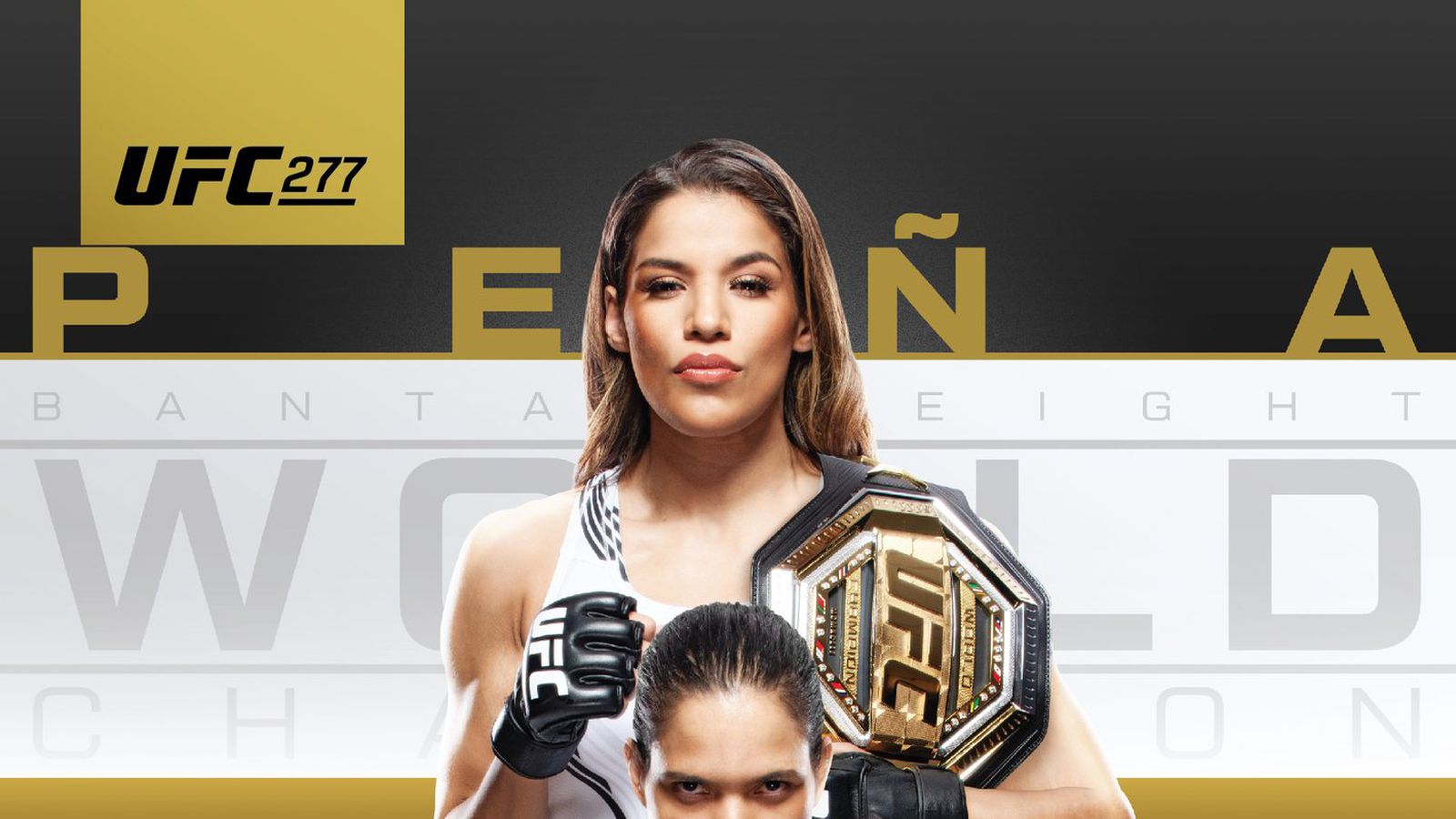 That’s just a few weeks away.

UFC 277 will be headlined by the women’s bantamweight rematch between newly-crowned 135-pound champion Julianna Pena and former division titleholder Amanda Nunes. Prior to that five-round showdown, Brandon Moreno and Kai Kara-France will hook ‘em up for the interim flyweight title while current champion, Deiveson Figueiredo, irons out his wrinkles with the UFC brass (or bails on the division and moves to bantamweight).

Check out the UFC 277 poster below:

For the rest of the UFC 277 fight card and PPV lineup click here.