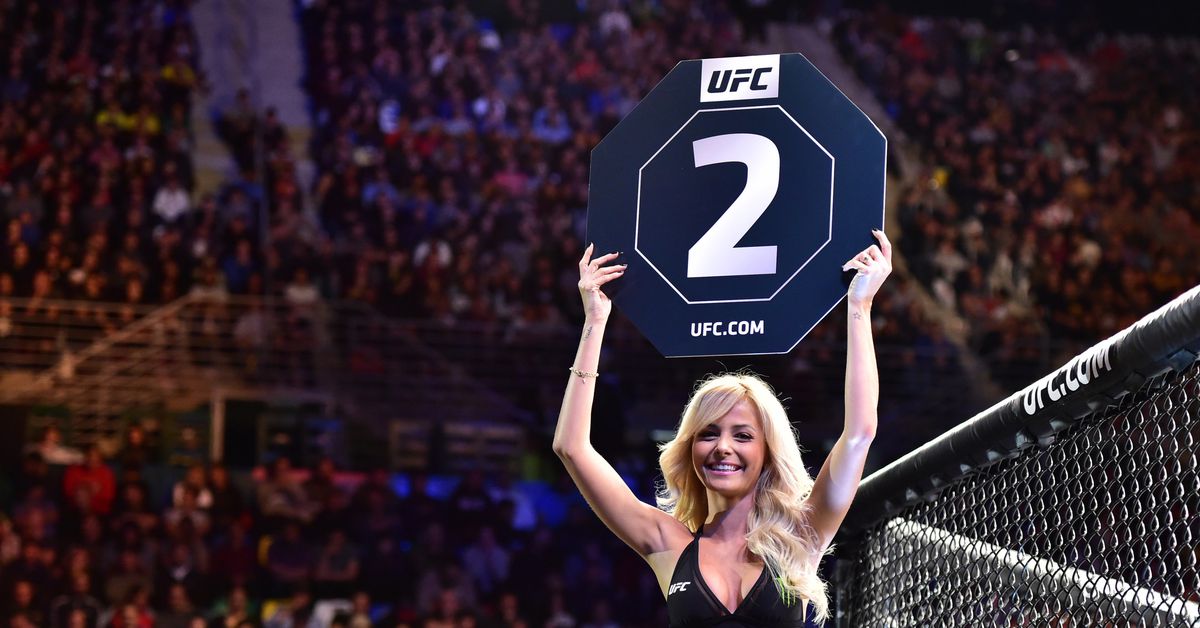 After seeing their first fight date go up in smoke, elite Lightweight contenders Rafael dos Anjos (No. 7) and Rafael Fiziev (No. 10) get to settle the score this Saturday (July 9, 2022) atop the Octagon’s latest appearance inside UFC Apex in Las Vegas, Nevada. UFC Vegas 58’s ESPN broadcast also includes an excellent prospect clash between Caio Borralho and Armen Petrosyan, as well as Michael Johnson attempting to continue down the comeback trail at Jamie Mullarkey’s expense.

We’ve got three more UFC Vegas 58 “Prelims” undercard bouts to preview and predict (check out the first batch here), expertly dissected and presented for your perusal below. Let’s get cracking …

Cynthia Calvillo (9-4-1) quickly established herself as a contender to watch with a 6-1-1 UFC start, the lone loss coming to Strawweight queenpin, Carla Esparza. She has since struggled with three consecutive losses, the last two via stoppage courtesy of Jessica Andrade and Andrea Lee.

She has knocked out three professional opponents and submitted two others.

Nina Nunes (10-7) put a winless (0-2) UFC start behind her to win four straight, including a sizable upset over former title challenger, Claudia Gadelha. Tatiana Suarez soon put a halt to her momentum via competitive decision, after which “The Strina” returned from a long layoff to suffer a submission loss to Mackenzie Dern.

She fights for the first time in almost 15 months and for just the second time in the last three years.

This really is just a test of what Nunes has left in the tank. The classic version of her runs circles around Calvillo. Indeed, the Team Alpha Male-trained product looked not just technically out-classed, but mentally checked out against Lee, a historically poor defensive wrestler who Calvillo should have bulldozed on paper. It seems a lost cause to expect that Nunes, though, as she got out-wrestled by Mackenzie Dern and her nine percent takedown accuracy her last time out.

It’s anyone’s guess what version of Nunes shows up, but I will say that Calvillo’s last fight raised a heck of a lot more red flags than Nunes.’ In short, expect “The Strina’s” footwork, speed and combination striking to win the day.

A successful UFC debut gave way to two consecutive losses for Aiemann Zahabi (8-2), among them a vicious knockout defeat to Ricardo Ramos. This left him the underdog against Contender Series graduate, Drako Rodriguez, only for Zahabi to flip the script and score a bonus-winning first round knockout.

This marks his first appearance in nearly 17 months.

Ricky Turcios (12-2) fell short in his first bid at UFC stardom, dropping a decision to Boston Salmon on the 2017 season of Dana White’s Contender Series. Then came The Ultimate Fighter (TUF) 29, where he dispatched Daniel Argueta and Liudvik Sholinian before edging out teammate Brady Hiestand at TUF 29 Finale.

He’ll enjoy an inch of height and 2.5 inches of reach on Zahabi.

It’s hard to really get a bead on Zahabi when he’s had three minutes of cage time in the last three years, but for his sake, he better have used the downtime to up his game. His combination of low-output striking and a grappling game hamstrung by poor wrestling isn’t going to cut it against Turcios’ whirlwind of offense. Zahabi doesn’t hit hard enough to keep Turcios from building momentum on the feet, isn’t savvy enough to piece him up at a distance like Salmon did, and doesn’t have the takedown chops to consistently drag things into his world.

Though he does have an outside chance of grinding out Turcios even with those issues, as the latter is anything but difficult to take down, Turcios’ scrambling skills and bottomless gas tank should allow him to work his way out of any rough patches. In the end, he overwhelms Zahabi with volume for either a late stoppage or wide decision win.

Antonina Shevchenko (9-4) joined sister, Valentina Shevchenko, in the Octagon after mauling Jaimee Nievera on Contender Series in 2018. She hasn’t found quite as much success on the big stage, however, going 3-4 and entering the cage this Saturday on a two-fight skid.

She is the taller of the two by one inch.

Cortney Casey (10-9) — who entered the Octagon at 4-1 — has struggled to find consistency during her seven-year stint in the world’s largest fight promotion. She currently sits at 3-5 in her last eight, most recently boxing up Liana Jojua to snap a two-fight losing streak.

Her seven stoppage wins include four by submission.

There honestly doesn’t seem to be much going Casey’s way in this match up. Shevchenko’s striking pedigree far outstrips “Cast Iron’s,” and even if Casey claws her way into the fight through durability and volume, Shevchenko showed in her win over Ariane Lipski that she can score a takedown of her own if her opponent’s a sufficiently poor wrestler.

Seeing as Casey has a 38 percent takedown defense and has been dragged to the mat nine times in her last three fights, I say she qualifies.

Though Casey has this bizarre ability to make fights closer than they have any right to be, Shevchenko’s technical stand up edge and access to a Plan B look like more than the former can handle. When the dust settles, “La Pantera” cruises to victory.

It’s hard to argue that the “Battle of the Rafaels” isn’t intriguing, and the rest of UFC Vegas 58 ain’t too shabby, either. See you Saturday, Maniacs.

Remember that MMAmania.com will deliver LIVE round-by-round, blow-by-blow coverage of the entire UFC Vegas 58 fight card right here, starting with the ESPN/ESPN+ “Prelims” matches, which are scheduled to begin at 6 p.m. ET, then the remaining main card balance (on ESPN/ESPN+) at 9 p.m. ET.

To check out the latest and greatest UFC Vegas 58: “dos Anjos vs. Fiziev” news and notes be sure to hit up our comprehensive event archive right here.