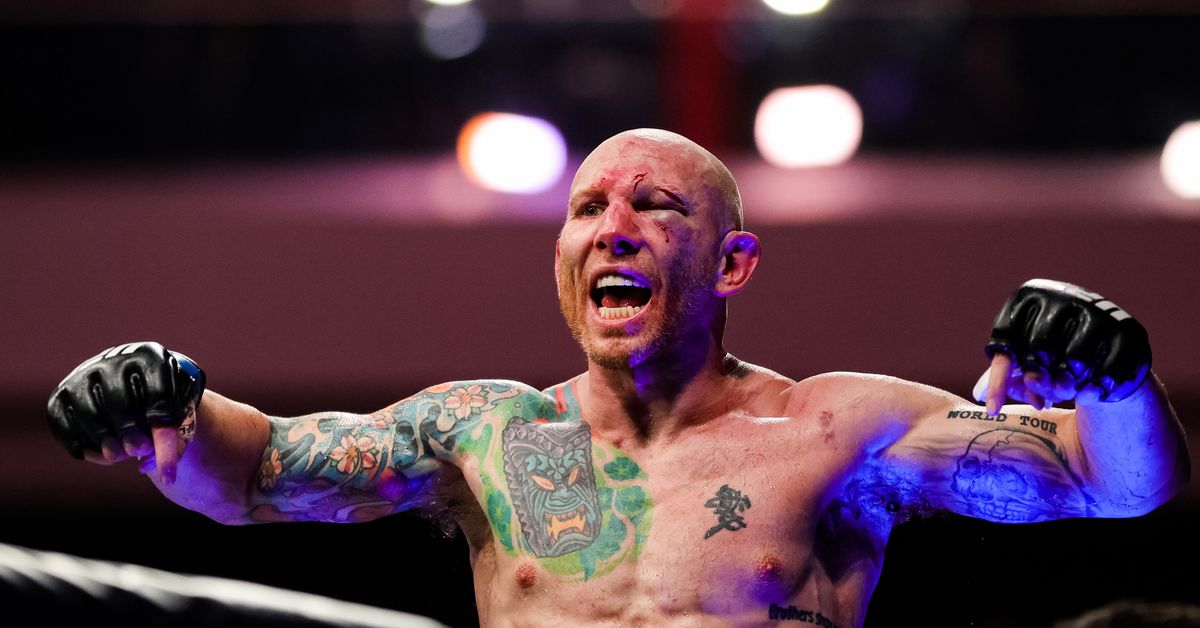 Urijah Faber is standing by his fighter.

The Team Alpha Male boss spoke to the media in Las Vegas this past weekend and spent much of his time deriding the UFC for what he considers disrespectful treatment of Alpha Male featherweight Josh Emmett.

Emmett recently defeated Calvin Kattar by split decision in the main event of UFC Austin to record his fifth straight victory, but according to Faber you wouldn’t know that he was a potential title challenger given that Emmett’s presence was not promoted during International Fight Week nor UFC 276, which saw featherweight champion Alexander Volkanovski put on a dominant performance in the co-main event.

“I was super disappointed — and Josh was also — in the fact that he wasn’t treated that great this last week,” Faber said. “We were expecting for him to be there on the sideline. He’s beaten so many guys in dominant fashion, he’s had major injuries, and he needs that fight next, that 145-pound belt. He’s the guy that can match up well with Volkanovski, that can pack a punch that puts people out cold with one punch. He can handle volume, he’s wrestled his whole life, wrestled in college. That’s the matchup.

“I was a human development major in college and they always taught us when you go in to teach elementary school kids, you’ve got to watch out for the guys that don’t have a loud voice. He’s kind of been overlooked. He’s ranked No. 4 in the world, beat some incredible people. Amazing performance against a killer and the other people in line would be a Brian Ortega or a Yair [Rodriguez] and they’ve both been beat by the top guys. Josh is the guy, we were hoping to get the camera on him, get him watching the event, and to be honest, it was kind of a mishap. He had a really bad experience. He was put way back in the seats, not even with the rest of the guys, and had to find his way by himself up the stairs because they have peons working security that are getting paid minimum wage that are like, ‘Hey, you can’t come this way,’ and he’s not a confrontational guy unless you’re paying him to beat someone up. So he was really upset that there wasn’t more made of the fact that he’s the guy in line. I’m going to talk to [UFC executives Dana White and Hunter Campbell] and let them know it’s really bulls***.”

Faber added that there was a sort of ticket-related misunderstanding that contributed to Emmett and his family not receiving premiere seating at Saturday’s event at T-Mobile Arena, though he did not explain what the misunderstanding was.

Asked if Emmett would take an interim title opportunity in the event that Volkanovski makes a move up to lightweight to chase a second title, Faber said that Emmett is up for anything.

“Josh will jump on any opportunity,” Faber said. “He’s never said ‘no’ to anything. He’s literally the guy in Office Space that keeps getting moved to the basement. … And he just keeps knocking f****** out instead. Still, they don’t even have him front row to watch the guys that are top in his division after he comes off a dominant main event performance. It’s really BS. So he’ll take any opportunity.

“Last night he was like, ‘You know what? F this. I wish they’d just release me. I get no respect, blah blah blah.’ He’s like, ‘I think I’m going to drop down to ‘35 and I’m going to fight O’Malley because that’s who’s getting all the credit.’ And I’m like, ‘First off, that’s not going to be good for your body to drop that weight. You’re right there knocking on the door. We just have to make it happen and I’m really sorry that you had such a bad experience.’”

“He literally posted a picture from the rafters because he kept getting moved to the friggin’ MMA basement because of a miscommunication. So that was really frustrating to find out in the aftermath. Looking around, I figure he’s on the other side, doing some interviews or something. Nothing. Ghosted. It’s really sad. His wife was livid. He was livid and he’s just like, ‘What do I have to do to get a little bit of respect?’ So Dana, I hope you see this and understand that it’s Josh’s time.”

Still, Faber hoped that Emmett would be pulled aside to do interviews at the very least, but he didn’t see the UFC promote him in any official capacity. The lack of effort is puzzling to Faber, given that Emmett has a fan-friendly style, and he wondered why Emmett isn’t being promoted in similar fashion to UFC Hall of Fame member Chuck Liddell, another fighter more known in-cage highlights than snappy quotes.

“I think Dana just needs to be reminded you’ve got a silent killer,” Faber said. “You’ve got a guy that can be marketed. They do choose. They can easily put him in the front row and say, ‘Hey, what do you think about these guys?’ You ask him what he’s going to do, ‘I’m going to knock these m************ out.’ That’s what he’ll say, maybe not in those exact words, but he’s going to be thinking it, he’s going to be believing it and he’s shown that he can do it.

“So for me, they need to choose to promote him a little bit more, they need to give him the right opportunities and just be present. Josh’s wife said, ‘It’s very apparent where we stand with the UFC. They don’t give a s*** about us, which is a s***** feeling.’”