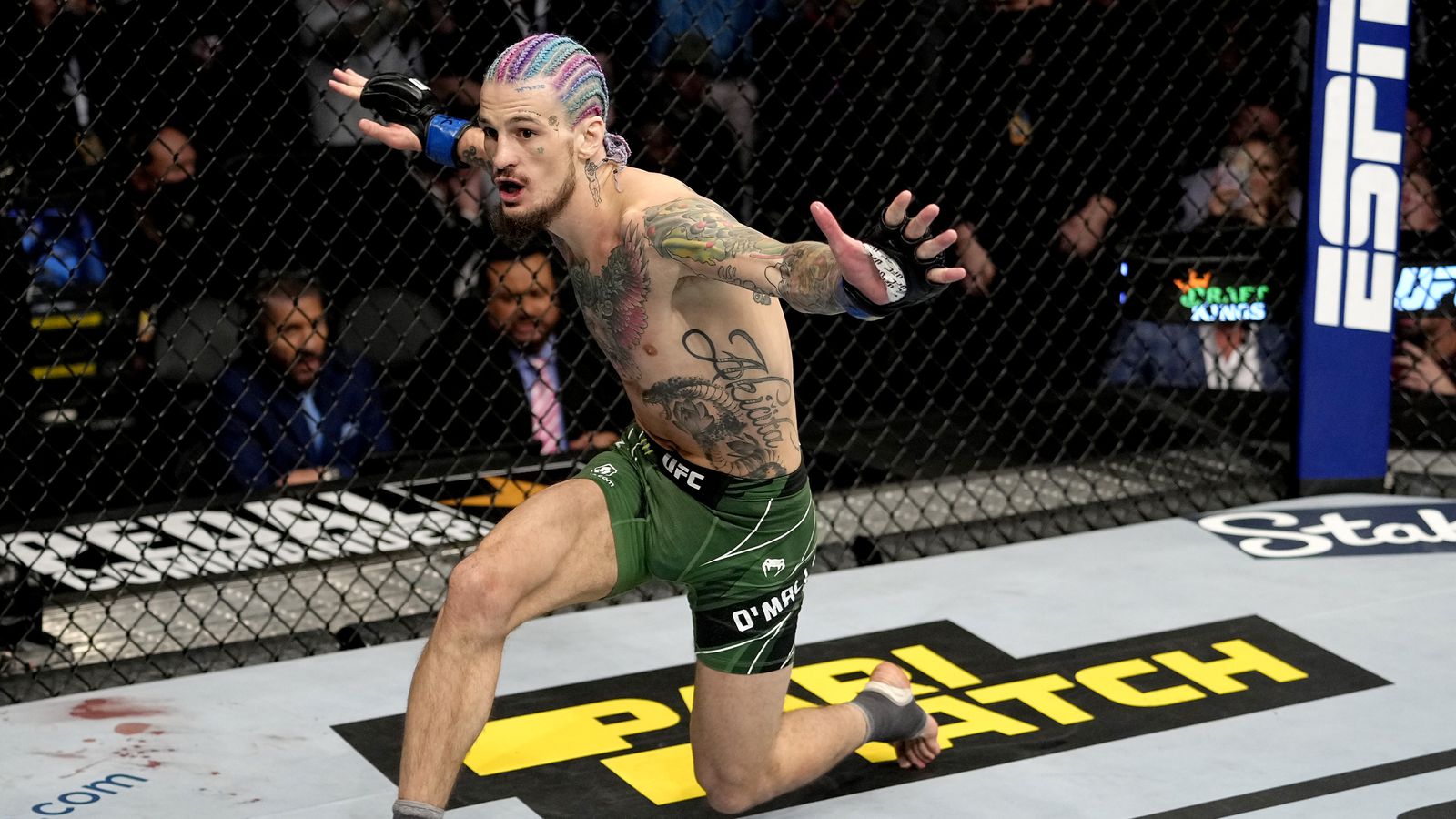 The bantamweight battle between Pedro Munhoz and Sean O’Malley ended prematurely when a “Sugar” eye poke blinded “The Young Punisher” midway through the second stanza, bringing an end to their UFC 276 pay-per-view (PPV) opener by way of “No Contest.”

O’Malley, however, insists he won by way of technical knockout.

In addition, the 27 year-old “Contender Series” standout has been using his social media outlets to mock his Brazilian foe, to the point where Munhoz was forced to post his medical records online, proving the fight-ending eye injury was indeed legitimate.

That wasn’t good enough for O’Malley (or his posse).

“But then you go make fun [of it]? That’s kind of like things that I tell my kids not to do,” Munhoz told The MMA Hour. “You say one thing but then you go make fun on the other hand. I came up to a generation, like the one before his generation … I’m not going to go and make fun of someone just to get more followers and stuff like that. And besides that, all his friends, all these guy texting me, talking about my wife, talking about my family, saying that they’re going to fight me. And guess what? I told them, I say, ‘You can find me. I’ll be by the pool here Sunday.’ They’re gangsters on computers. … So that’s the type stuff that I say I don’t agree with, and that was something that was new for me — fighting some kid from a generation that makes these shows look like a circus. When I grew up watching B.J. Penn, Frankie Edgar, Jose Aldo, fought all of these guys, Dominick Cruz, and now I just feel that I was in the circus.”

A “humiliating” place Brazilians never want to be.

Unfortunately Munhoz made the mistake of taking the bait. O’Malley is no stranger to post-fight shenanigans, previously claiming he was still undefeated after losing to bantamweight veteran Marlon Vera by way of technical knockout at UFC 252 back in summer 2020.

It remains to be seen if matchmakers try to put together an immediate rematch. It should be noted that O’Malley was losing the opening round on the judges’ scorecards prior to the non-finish, so “Sugar” may not be in any big hurry to run it back.

Which may also explain why he never rematched Carlos Lozoya.

In a 2014 amateur fight, Sean O’Malley beat Carlos Lozoya via disqualification when he was ‘struck in the back of the head’ pic.twitter.com/x513O3D8I3

Fortunately for O’Malley, that bout was not sanctioned by the Suga State Athletic Commission.