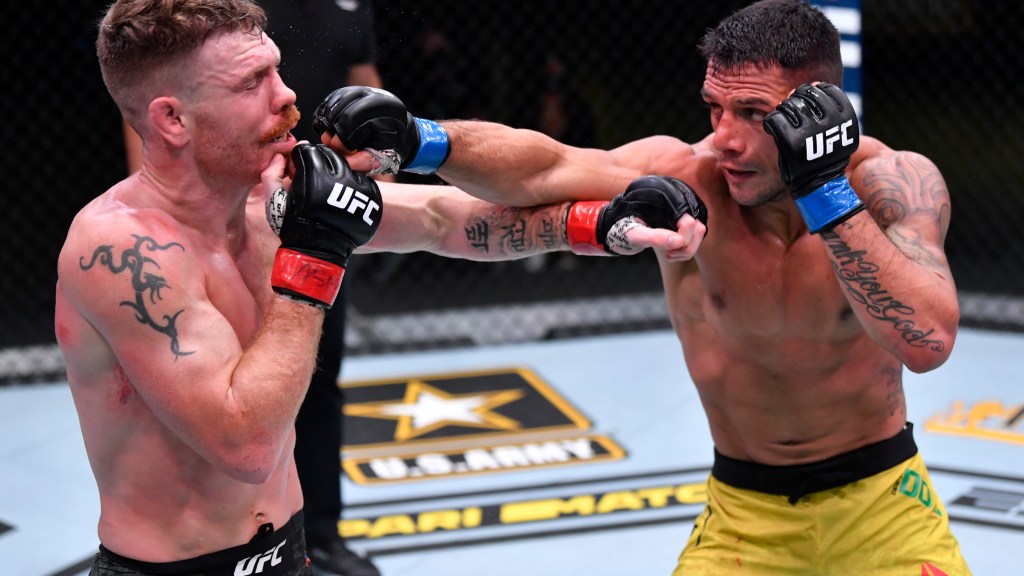 Former champion Rafael dos Anjos may not be on the cusp of a title shot with just two straight wins.

Dos Anjos and Fiziev headline UFC on ESPN 39, which takes place at the UFC Apex in Las Vegas. The card airs on ESPN and streams on ESPN+.

Six years ago to the day Thursday, dos Anjos lost the lightweight title to Eddie Alvarez. After a loss to Tony Ferguson later in 2016, the Brazilian made a move to welterweight. His run there was up and down, and after a 4-4 run, he returned to lightweight in late 2020.

He made a quick renewed impression on the division with a Fight of the Night-awarded win over Paul Felder in a main event. And after a 16-month layoff, dos Anjos returned in March and beat the highly regarded Renato Moicano, who stepped up when Fiziev went out with COVID-19.

Saturday, dos Anjos has an opponent in Fiziev, booked for the third time, who has five straight wins and four straight post-fight bonus awards. He’s a -175 favorite at Tipico Sportsbook, and a third straight win over someone of Fiziev’s caliber could have dos Anjos back in the mix at lightweight.

Ahead of that fight, check out dos Anjos’ Fight of the Night win over Felder in the video above.