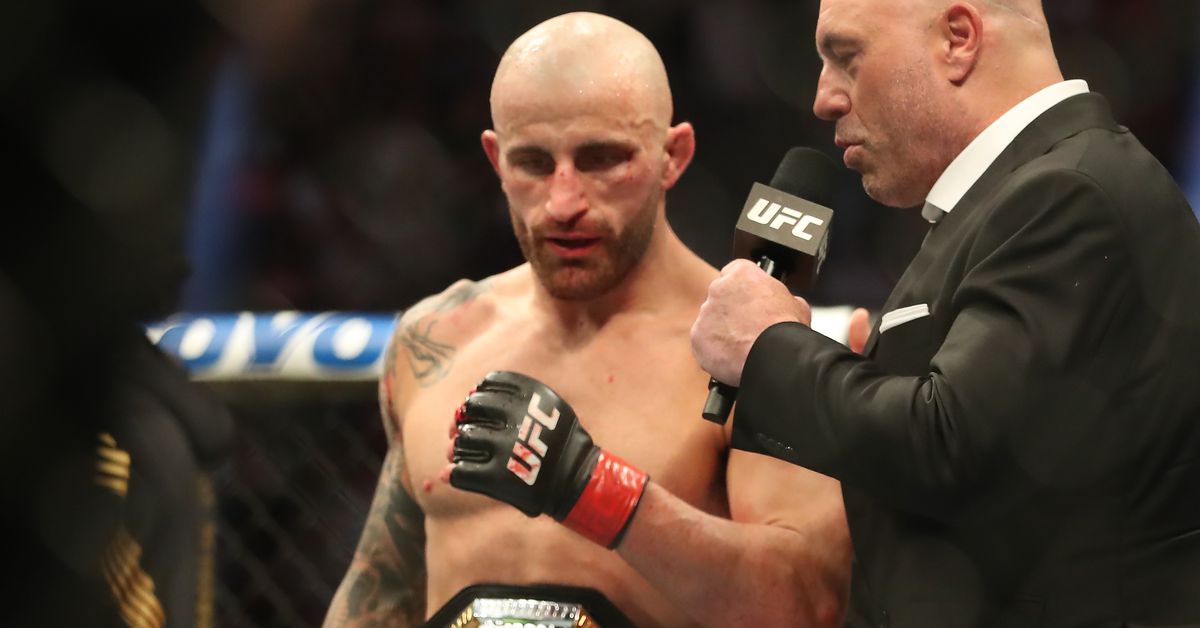 Alexander Volkanovski is on the mend.

The reigning UFC featherweight champion announced on Thursday that he is set to undergo surgery to repair a broken thumb he suffered in his trilogy match against Max Holloway at UFC 276. Volkanovski posted an x-ray of the injury to social media and explained that he suffered the broken thumb in the second round. He ultimately went on to defeat Holloway in a one-sided unanimous decision that pushed him to 3-0 in the series.

The image of Volkanovski’s broken thumb can be seen below.

Broke my thumb in the second round, but that don’t stop us!
Having surgery today and will be out for 12 weeks. Looking forward to getting back out there, thanks to everyone for the support pic.twitter.com/XvwLd223vL

Volkanovski (25-1) said he is expected to be sidelined for the next 12 weeks as he recovers from his injury.

“Looking forward to getting back out there,” he wrote, “thanks to everyone for the support.”

When he returns, Volkanovski will have his options.

The 33-year-old champion has spoken openly about his desire to move up to 155 pounds and challenge for his chance at two-division glory, professing a willingness to defend both the lightweight and featherweight titles simultaneously.

If that doesn’t happen, Volkanovski still has plenty of challengers awaiting him at 145 pounds, whether that’s Josh Emmett or the winner of July 16’s bout between Yair Rodriguez vs. Brian Ortega, or any number of the talented up-and-comers in the featherweight division such as Arnold Allen, Movsar Evloev, and Ilia Topuria.