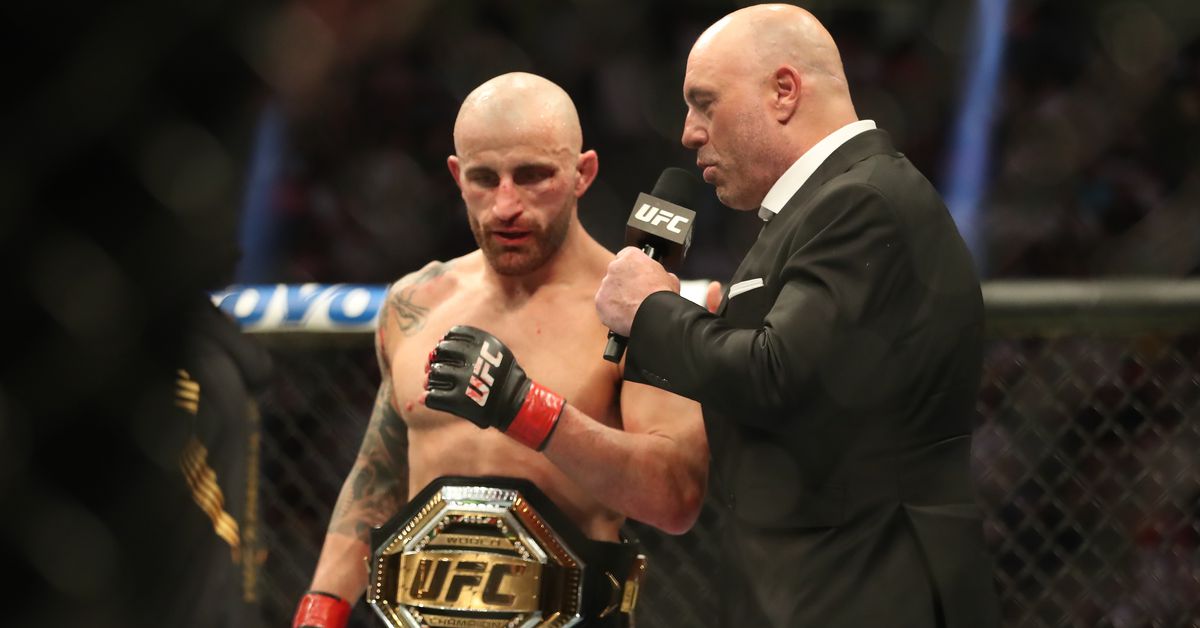 Alexander Volkanovski dominated Max Holloway to retain his featherweight title at UFC 276 last weekend in Las Vegas and he did it with a broken thumb.

According to a recent social media post by Volkanovski, he broke his thumb in the second round of trilogy fight with “Blessed.” Despite the ailment, Volkanovski was too much for Holloway in every single round and cruised to his third win over the Hawaiian. It was the most impressive performance of Volkanovski’s career and a lopsided win that cements him as one of the best featherweight fighters in the history of the sport.

Volkanovski’s broken thumb, which can be seen below, is expected to sideline him for 12 weeks as he heads for surgery on Friday. That should give the reigning UFC featherweight champion enough time to heal and get back inside of the Octagon early next year.

Broke my thumb in the second round, but that don’t stop us!
Having surgery today and will be out for 12 weeks. Looking forward to getting back out there, thanks to everyone for the support pic.twitter.com/XvwLd223vL

“Broke my thumb in the second round, but that don’t stop us! Having surgery today and will be out for 12 weeks. Looking forward to getting back out there, thanks to everyone for the support,” wrote Volkanovski.

Looks like Chris Pratt apologized to Israel Adesanya for his UFC 276 comments.

You’re right. I’m sorry brutha. It bugs me when people criticize my work- having never themselves risked anything. It makes me a hypocrite to do exactly that to you. My bad. Keep on keeping on champ. ♥️

Henry Cejudo and Sean O’Malley once again chopped it up about a matchup that will never happen.

Lol Ronald Methdonald got his feeling hurt. He doesn’t want to die! I’m Eligible in October per USDA. Plus I have to lose some of this Mexican fat. Ps make sure the Virgin boyz are in front row to witness the assassination. I love paperview point https://t.co/90712S37jA

Jake Paul and Tommy Fury are still going at it despite their canceled bout.

Rafael Fiziev, who fights Rafael dos Anjos this weekend at UFC Vegas 58, shared his final thoughts on his Wednesday feud with Conor McGregor.

There goes my rematch….

Don’t know if this is old or new, but certainly entertaining.

Check out some of this memorable action from BFL 73 last night on UFC Fight Pass.

This might be the best one-punch knockout we see all week.