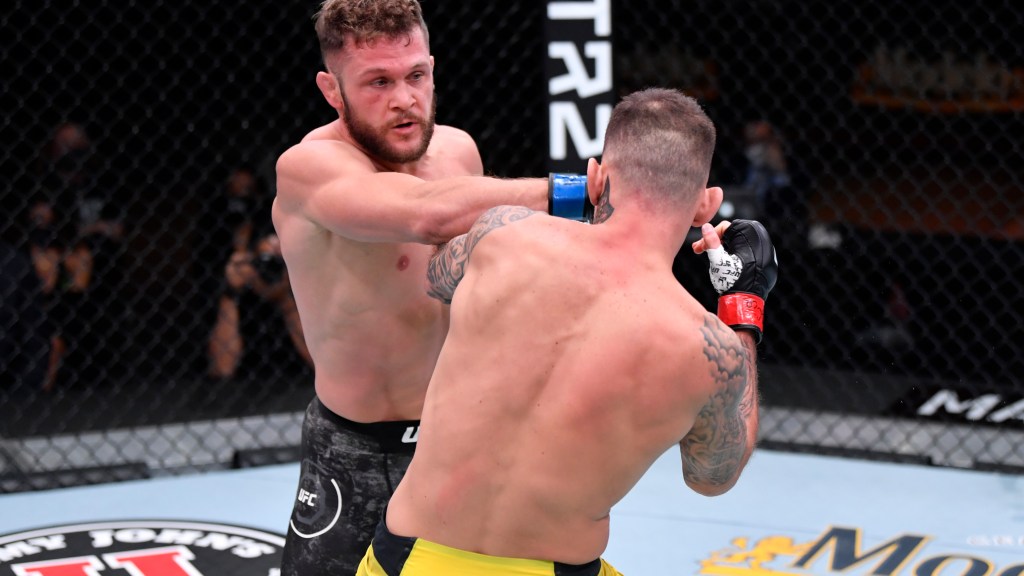 If Rafael Fiziev isn’t a household name yet, he might be after Saturday.

Fiziev and Dos Anjos headline UFC on ESPN 39, which takes place at the UFC Apex in Las Vegas. The card airs on ESPN and streams on ESPN+.

Fiziev started his pro career 6-0 with six finishes, and that caught the eyes of the UFC’s matchmakers. His promotional debut went sideways and he was taken out by Magomed Mustafaev in less than 90 secondsin April 2019.

But since then, it’s been pretty smooth sailing. Fiziev has a pair of knockout wins over Renato Moicano and Brad Riddell, the latter this past December in his most recent outing. And his decisions over Alex White, Marc Diakiese and Bobby Green all featured a 30-27 score from at least one judge.

Against Moicano, he put together a near perfect punch combination to get the finish. At UFC 256 in December 2020, not long after slamming Moicano to the ground almost effortlessly, he hit the Brazilian with a left to the body, then a right to the head, then a left that rolled Moicano’s eyes back before he hit the canvas.

Saturday, Fiziev is more than a 2-1 favorite at the betting window at Tipico Sportsbook.

Ahead of that main event, check Fiziev’s Performance of the Night win over Moicano in the video above.