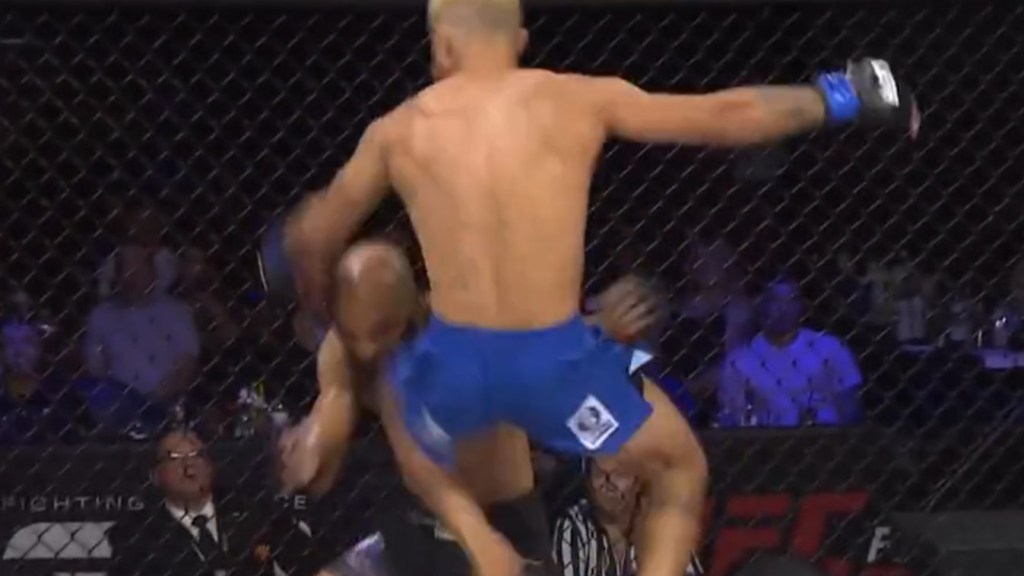 Allan Begosso doesn’t like to spend a lot of time in the cage.

On Friday at LFA 135, the Brazilian bantamweight picked up his sixth first-round finish out of nine professional bouts and this one might be his most spectacular highlight to date.

Paris Stanford started the fight aggressively, moving forward and going first with hard kicks. However, when he backed away to reset, Begosso didn’t give him another opportunity to press forward as he charged forward and launched a jumping switch knee out of nowhere to put Stanford (5-4) down and out cold just 45 seconds into the fight.

Check out video of the finish below (via Twitter):

The finish for Begosso put him back in the win column after dropping the first fight of his career at LFA 119 to Richard Palencia by unanimous decision. Prior to his first loss, Begosso torched his first two LFA opponents in the first round, finishing Sean McPadden in 48 seconds at LFA 90 and submitting Samarbek Sabyrzhan Uulu at LFA 107.