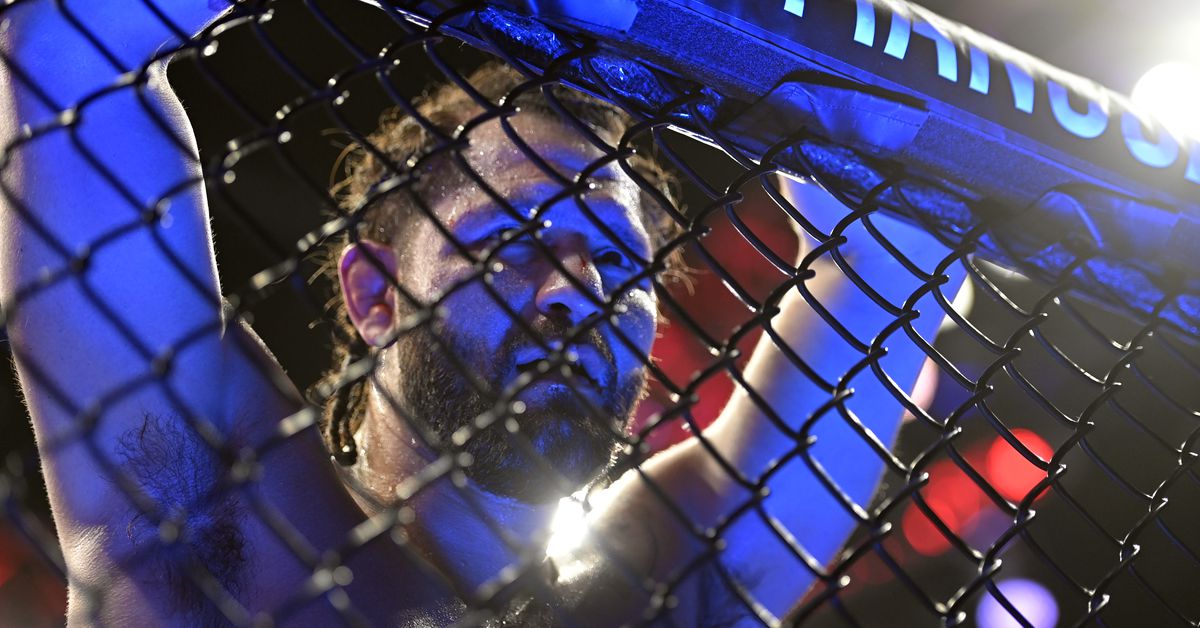 In case you haven’t noticed, I’m new here. You can usually find my work over on Bloody Elbow (boo, hiss, I know). I’m helping out here this month to help give the usual crew a well earned rest.

Former UFC welterweight title challenger Jorge Masvidal is on the look-out for his next fight (in the Octagon, we assume). Gamebred is coming off a loss to Colby Covington at UFC 272 and back-to-back losses to UFC welterweight champion Kamaru Usman.

He’s talked a lot of smack lately with Conor McGregor, who is a year removed from a major injury suffered in the cage. Both men have seemed eager to settle their beef in a sanctioned bout. However, there might be a more realistic offer on the table for Masvidal.

Fellow recent title challenger Gilbert Burns has been calling Masvidal out for months now. The BJJ ace has even gone so far to offer a ‘no takedowns’ stipulation on their proposed bout agreement. That way the pair can compete in the dimension of MMA that Masvidal is considered strongest in.

Masvidal has told MMA Fighting that he welcomes a fight with Burns. But he doesn’t need a ‘no takedowns’ clause for this contest.

“Do your game, my brother. Do what’s gotten you here,” said Masvidal. “I know he’s a world champion in [Brazilian jiu-jitsu]. I’m trying to work on my grappling, always trying to get better. So do everything that God has allowed you to do and blessed you to do.”

Masvidal went on to say that a fight with Burns “definitely” interests him.

“Before the Conor fight came up, that’s the one that called me out and I was like, this is a guy that comes to fight. The whole world doesn’t know him but they will, because he comes to fight. He’s going to try and choke you out, knock you out, and just has a good style. I like the fight.”

Before Masvidal can take the next step in his career he needs to contend with some pressing legal issues. Masvidal was hit with an assault charge in March after he allegedly ambushed Colby Covington outside of a Miami restaurant.

Conor McGregor has bars. Literally, he owns two in Dublin and is looking to acquire a third. His rhyming skills… ‘bout as good as his submission defence.

Fuck the rest i’m the best

Daniel Cormier is getting that Amazon money. If you wanna chat with him about The Boys, jump on him.

So the boy Homelander has been on a trip this whole season. I’m about to get into the last episode of the season right now. I want y’all to watch #TheBoysFinale on @PrimeVideo now, and we can discuss it in the comments. I love this show but hate Homelander’s ass lol #ad pic.twitter.com/oPhnwqIJsM

UFC Long Island lost a banger today. Check the video below to see Billy Quarantillo break the bad news that he has to pull out of his scheduled bout with Bill Algeo.

Uh-oh, Paddy Pimblett might be the next victim of the so-called ‘Drake curse’.

In case you missed it, British politics has been a total clown show of late (well, especially so). Prime Minister Boris Johnson was forced to step down today after a whopping 40+ members of his ruling Conservative Party stepped down citing his scandal-ridden and hapless leadership. Popular UK brawler Molly McCann probably had a good day today.

There has to be another way for Bigfoot Silva to make money, right? Here he is being finished by brothel raiding Neo-Nazi Vyacheslav Datsik. I wish this was the last KO we see him suffer, but I wouldn’t put money on that.

File this under ICYMI. Muay thai stud Liam Harrison with a comeback for the ages. This went down at ONE Championship 156 in April.

My hometown Jays with a blooper of the season candidate.

A star-studded period piece mystery is coming to screens on November 4. David O. Russell’s Amsterdam is about a doctor, a nurse and an attorney who get accused of murder in 1930’s Los Angeles. It stars Christian Bale, Margot Robbie and John David Washington. There are also appearances by Roberto DeNiro, Chris Rock, Mike Myers, Rami Malek, Anya Taylor-Joy, Zoe Saldana and Taylor Swift.

Check out the trailer below:

See it or skip it? Let me know in the comments.

Ok, that’s your lot. Get some rest Maniacs, there will be more chaos waiting for us in the morning.