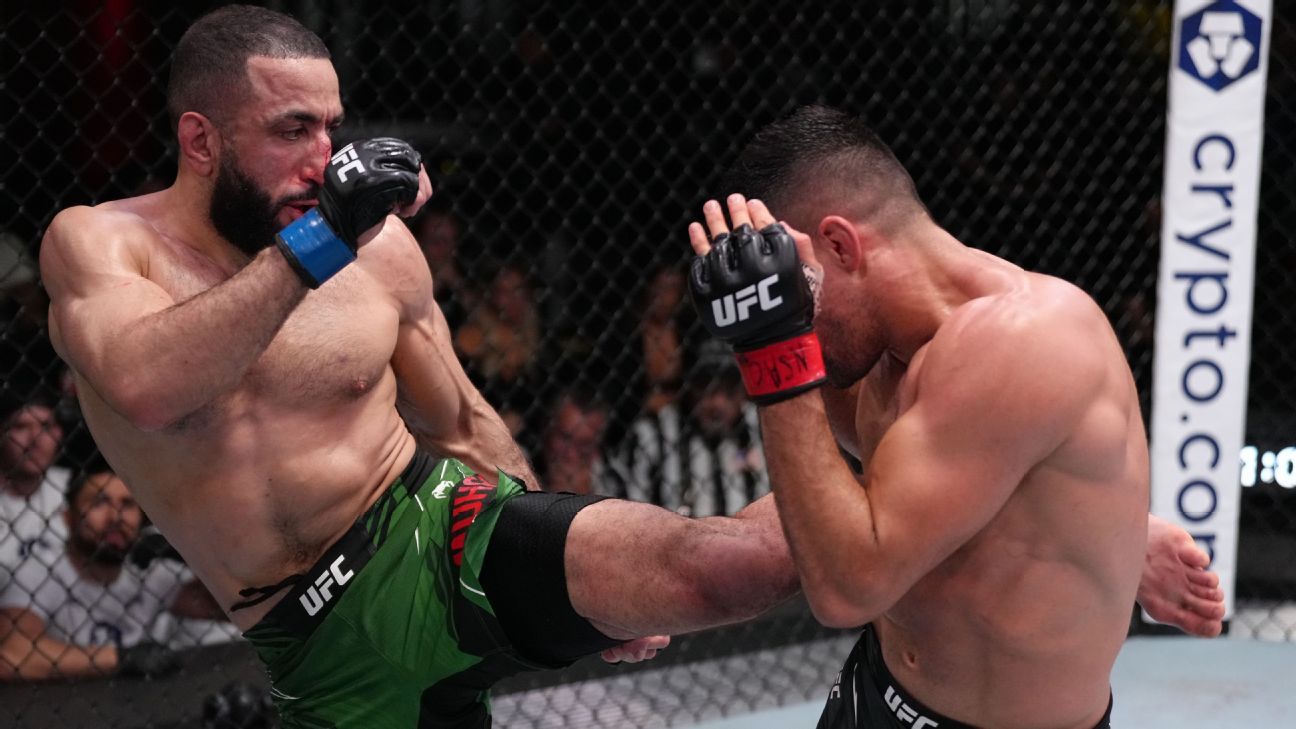 A marquee welterweight matchup between Belal Muhammad and Sean Brady is set to take place in October, sources have told ESPN.

Contracts are not yet signed but both sides have agreed to the 170-pound contest, which will take place at a UFC event Oct. 22 in Abu Dhabi. It is expected to be a numbered UFC event inside Etihad Arena.

Muhammad (21-3) has officially won seven fights in a row, including notable matchups against Vicente Luque, Stephen Thompson and Demian Maia. The 33-year-old contender had been targeting a fight with Khamzat Chimaev via his social media, but the UFC has not tipped its hand on Chimaev’s next move.

Brady (15-0), of Philadelphia, is one of the division’s most intriguing up-and-comers. The 29-year-old is 5-0 inside the Octagon, including a decision win against Michael Chiesa in his latest appearance in November.

This will mark an important fight in the UFC’s welterweight rankings. Muhammad and Brady are Nos. 5 and 9, respectively, in the promotion’s official rankings.

Current welterweight champ Kamaru Usman is scheduled to defend his title next against Leon Edwards in the main event of UFC 278 on Aug. 20 in Salt Lake City.