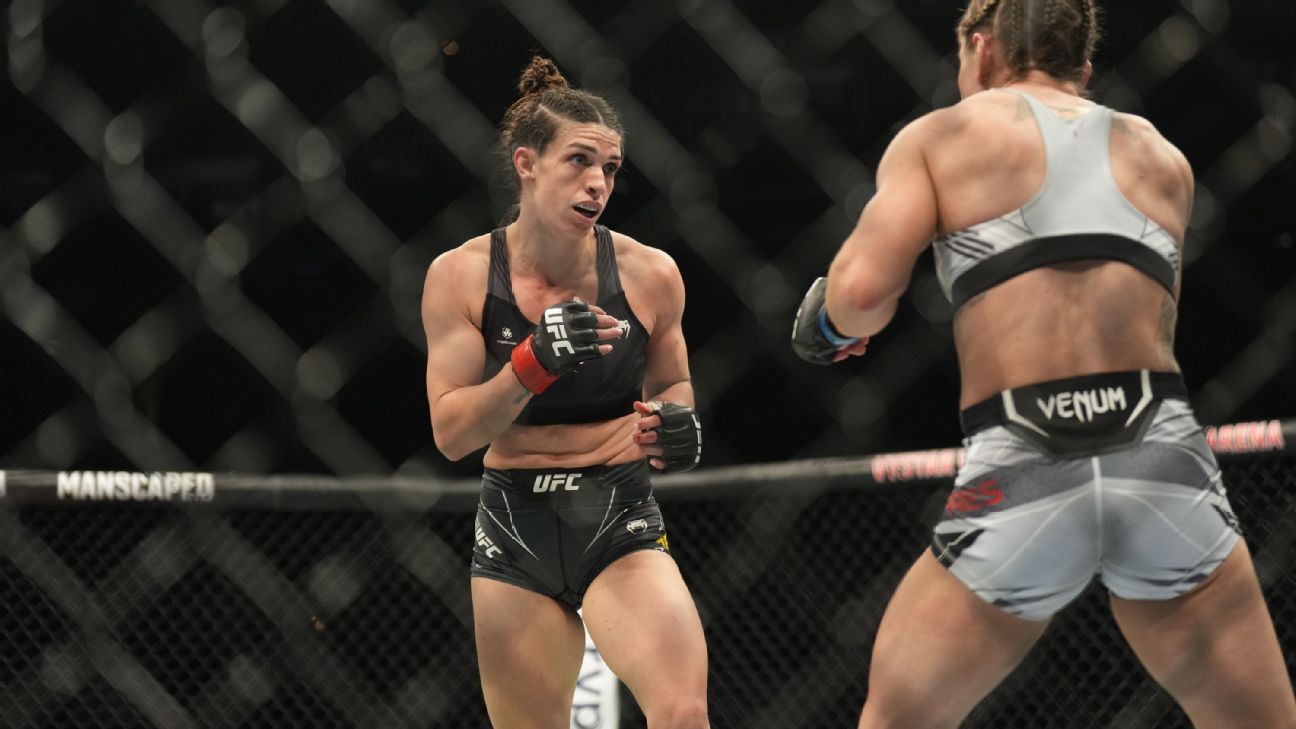 The UFC has booked a strawweight clash between Mackenzie Dern and Yan Xiaonan to headline an October event, multiple sources told ESPN on Friday.

The five-round contest will headline a UFC Fight Night on Oct. 1 at a location to be announced.

Dern (12-2) is closing in on a potential title shot with victories in five of her past six contests. Her only loss during that time came in a main event slot against Marina Rodriguez last October. Rodriguez has won four in a row and is currently hunting her own title shot as the No. 3-ranked strawweight in the division.

Fighting out of Los Angeles, Dern is 7-2 overall in the UFC with four submission wins.

Yan (14-3), of China, has lost two in a row — but those losses came against Rodriguez and current champion Carla Esparza. Prior to the two-fight skid, Yan had won six in a row inside the Octagon.

The result of this fight stands to have an immediate impact on the division, as Dern and Yan are Nos. 4 and 5, respectively, in the UFC’s official rankings.