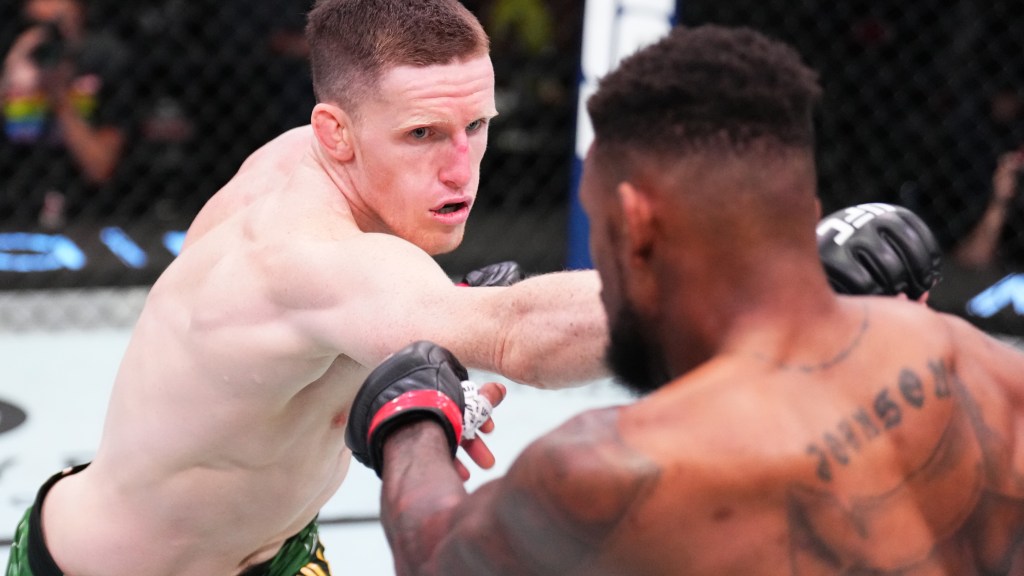 UFC on ESPN 39 produced five exciting finishes, but the promotion kept with the traditional format of issuing four post-fight bonuses.

While Jamie Mullarkey and Michael Johnson couldn’t avoid the judges’ scorecards, their wild battle left a lasting impression. The first round of the fight saw both fighters rocked from heavy punches, but both men would continue to compete in a wild battle until the final horn. When it was all said and done, this main card opener set the bar high for the Fight of the Night bonus, which was unmatched through the remainder of the event.

In addition to the Fight of the Night, the promotion issued two Performance of the Night bonuses, reverting to the UFC’s traditional format of bonuses, unlike recent weeks that saw more bonus winners than usual.

Check out below to see who all took home an extra $50,000 paycheck for their performance on Saturday.

‘Performance of the Night’: Chase Sherman 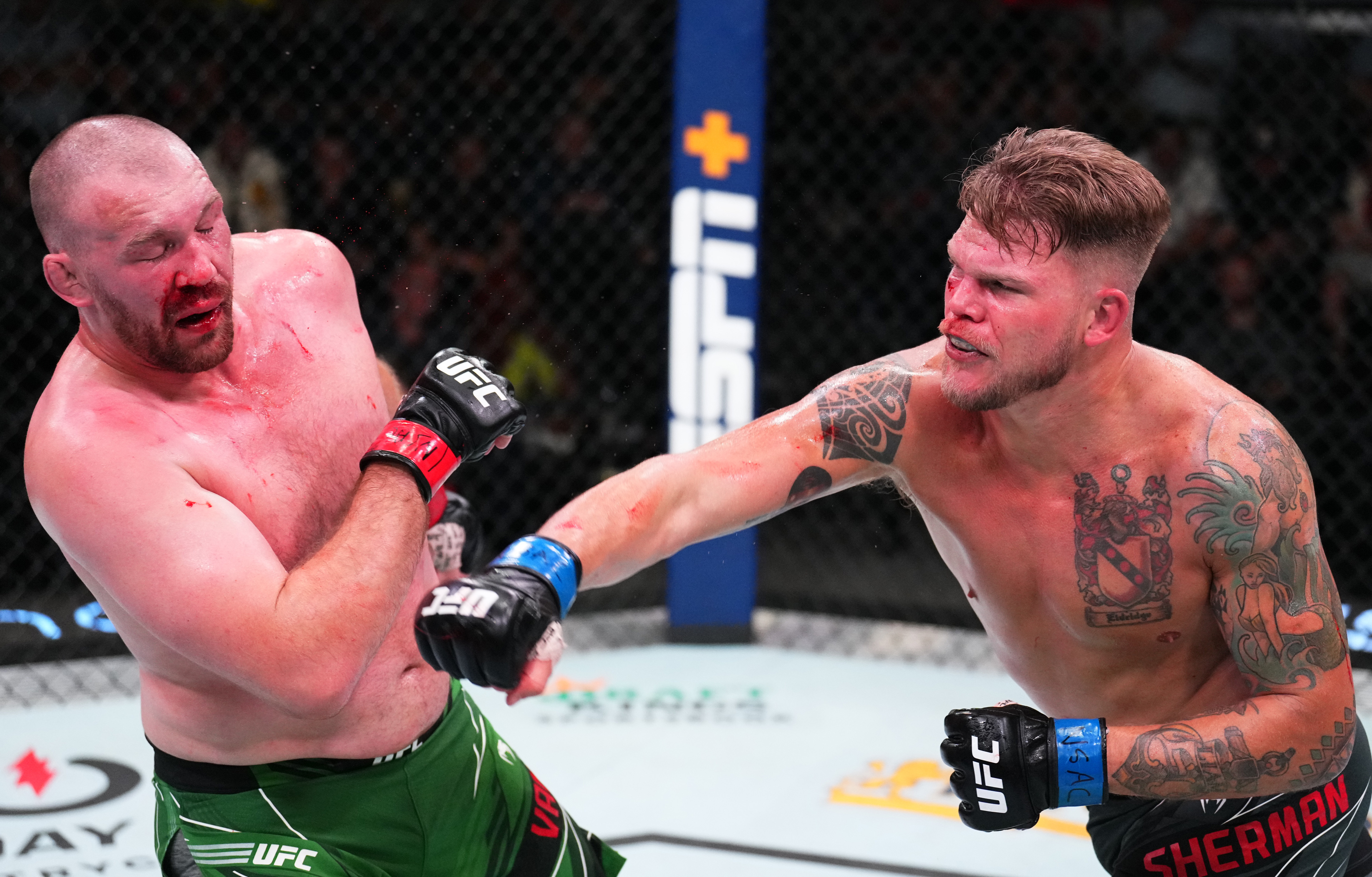 In a classic heavyweight slugfest on the main card, Chase Sherman emerged victorious over Jared Vanderaa. The fight was a close one, with both fighters exchanging hard strikes throughout the first two rounds, putting their chins to the test. However, in the final round, Sherman put together a combination that rocked his opponent, and then swarmed for the finish when he noticed Vanderaa was hurt. The onslaught of punches from Sherman put Vanderaa down and out at 3:10 of the last round, snapping a four-fight skid. For his efforts, Sherman takes home the second bonus of his UFC career.

‘Fight of the Night’: Michael Johnson vs. Jamie Mullarkey 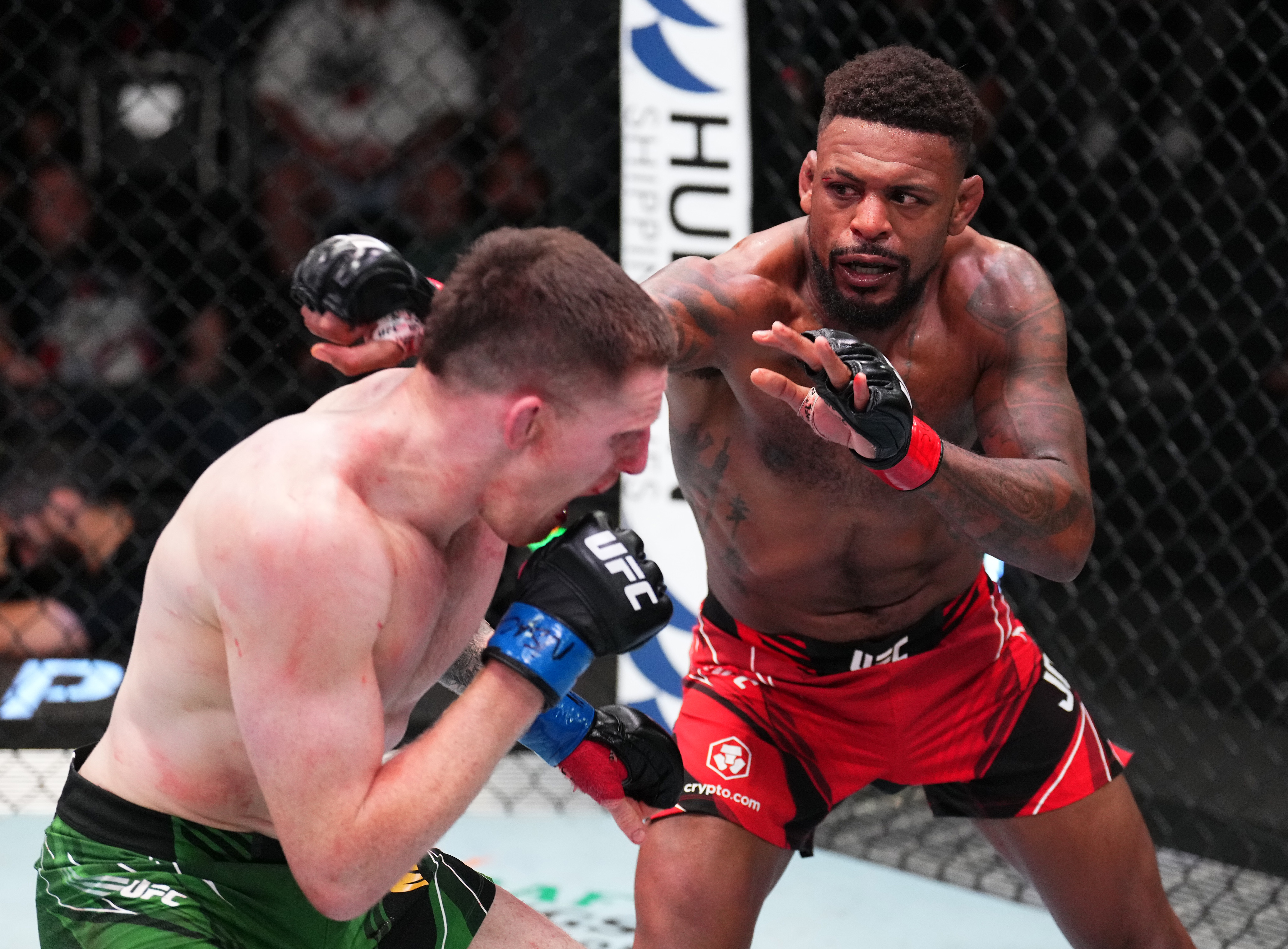 The main card opener was an absolute banger. Michael Johnson and Jamie Mullarkey put on an incredible show for the limited fans in attendance at the UFC Apex. The first round started off with a relatively normal fight pace but then quickly exploded when Johnson landed a big punch to drop Mullarkey. After recovering, Mullarkey got back to his feet and found a way to rock Johnson. The first round was a wild back-and-forth, leaving the judges split and setting the tone for the next two rounds of intense action. Mullarkey earned the favor of two of the judges, but both fighters take home an extra $50,000 for Fight of the Night. This award marks the fifth bonus for Johnson and the second for Mullarkey during their UFC careers.

‘Performance of the Night’: Rafael Fiziev 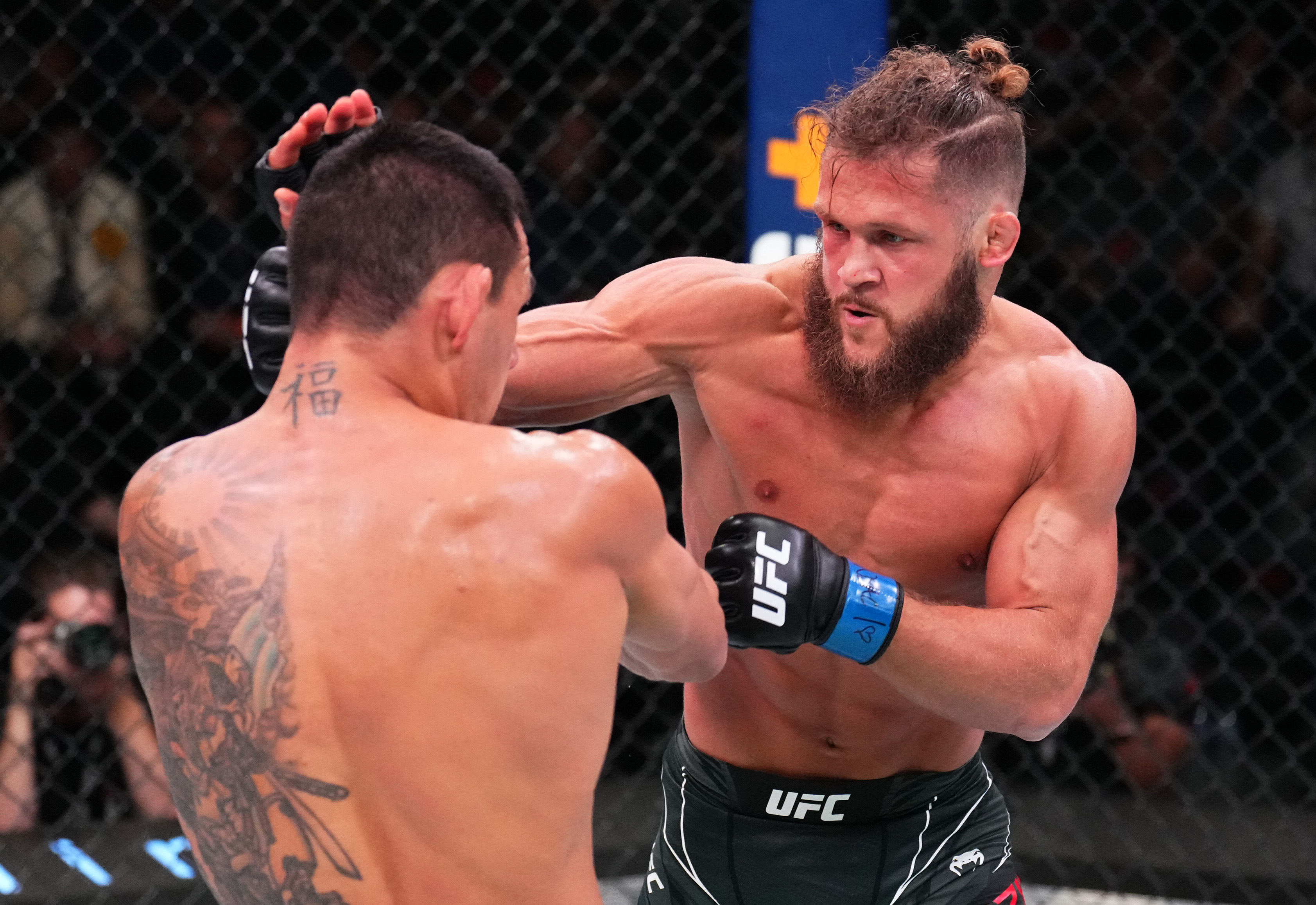 The battle of Rafaels looked as if it was rolling along towards a 25-minute decision, but after a hard-fought four rounds, the fight came to a screeching halt early in the last frame. Rafael Fiziev landed a crushing left hook to drop Rafael dos Anjos, putting the former lightweight champion on the canvas just seconds into the fifth round. Fiziev rushed in for follow-up punches, but the referee was quick to prevent much further damage. In his sixth-straight victory, Fiziev takes home his fifth-straight UFC bonus.