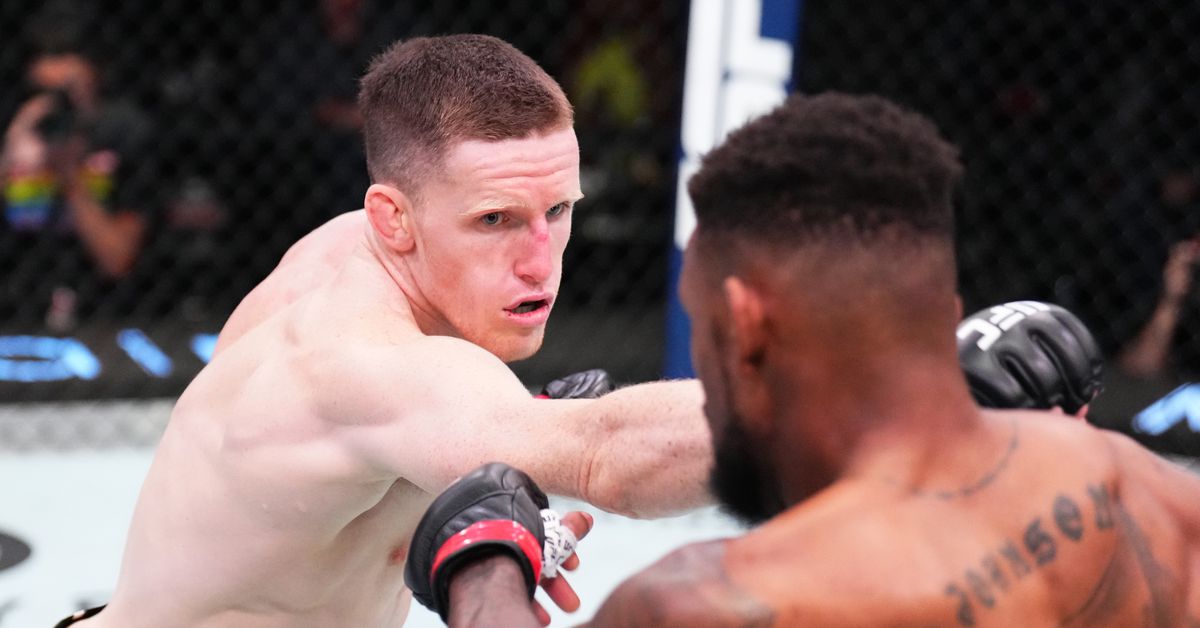 UFC Vegas 58 was a bit of an uneven event, but when it was on it was on. Particularly in the Fight of the Night, which was rightfully awarded to Jamie Mullarkey vs. Michael Johnson.

Johnson and Mullarkey went to war for three rounds with both men coming close to finishing the other. A comeback surge from Johnson in the third round had many feeling like “The Menace” was set to win, but Mullarkey had done enough in the first two rounds to lock in a decision.

Hopefully the $50,000 bonus will help sooth Michael Johnson’s disappointment over that.

As for performance bonuses, those went to Rafael Fiziev and Chase Sherman. Both men also pocket $50,000 each.

Rafael Fiziev managed to finish the ultra-durable Rafael dos Anjos in the main event of UFC Vegas 58. It took him until the fifth round to do it, but a flying knee attempt got him in close and then a big left hook caught dos Anjos clean on the jaw, dropping the 37 year old former lightweight champion. You can watch that highlight here.

Further down the card, Chase Sherman gutted through two tough rounds against a very game and dangerous Jared Vanderaa. Three minutes into the third round, Sherman dug deep and surged forward, pushing Vanderaa across the Octagon with strikes until he hit the cage. Vanderaa took so many unanswered blows he was forced to cover up and fall to the mat. Watch the finish here.

Fight of the Night: Jamie Mullarkey vs. Michael Johnson

Performance of the Night: Rafael Fiziev

Performance of the Night: Chase Sherman