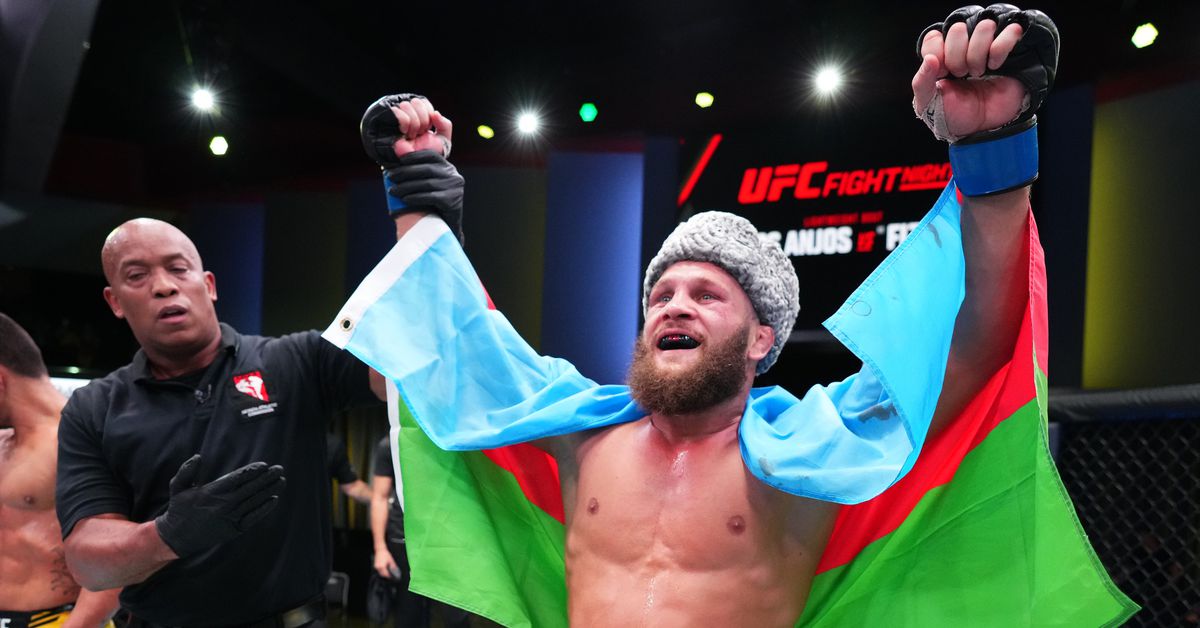 Going into UFC Vegas 58, fight fans were salivating over the main event between Rafael dos Anjos and Rafael Fiziev.

But after almost five rounds of fighting, it was Fiziev who proved to be the better Rafael as he stopped his Brazilian opponent with a violent, skull-rattling fifth-round TKO.

Below is how fellow fighters reacted to the entire night of action inside the UFC APEX.

Marks usually one of the better refs but that stoppage was way too quick. Tough break. Wish we got to see if RDA could recover. Rough ending to a great fight. #UFCVegas58

Good stoppage that ground strike was so accurate

Borralho & Petrosyan are both great prospects. I think they both will do well moving forward #UFCVegas58

Would love to fight Borralho

Most of the judges score rounds like a boxing fight. It’s not the same at all and that’s the issue in MMA. A potential “KD” from Andrade could’ve wiped out an entire dominating RD for Said in RD 2.

I wasnt sure who won that RD based on HISTORY, but I’m glad the right guy won.

That last spinning back fist

Nurmagomedov is fighting differently now. I wonder if he hurt something

What a fight !!! After the first round I thought he had it in the bag. The Brazilian wasn’t having none of it !! #UFCVegas58