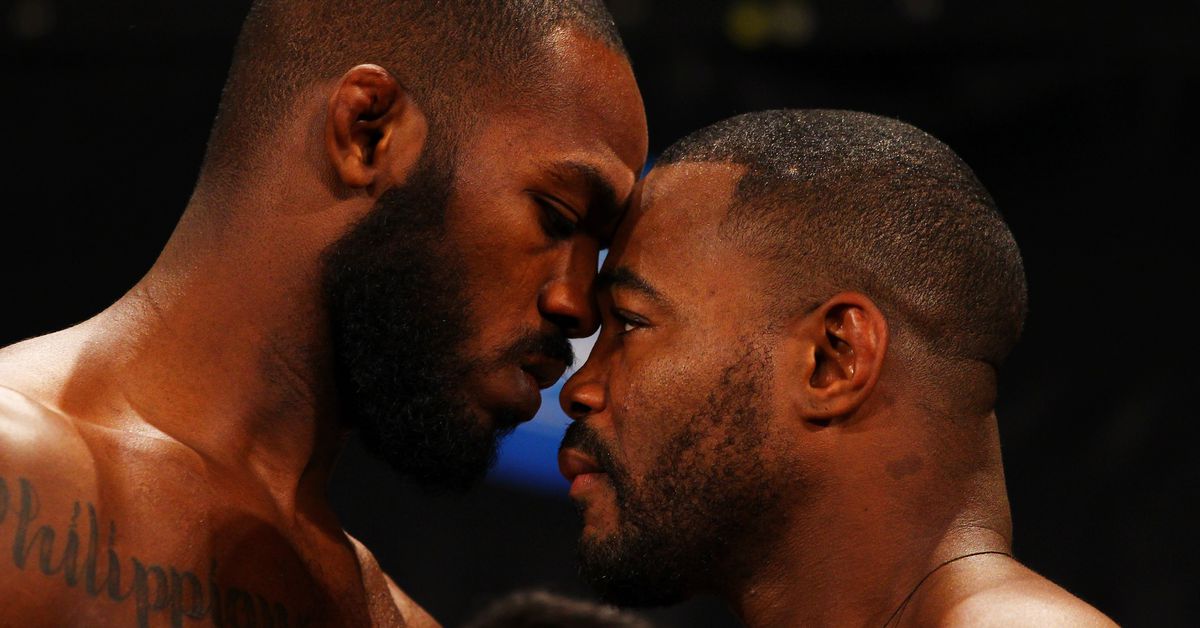 As a former teammate and then rival of Jon Jones, Rashad Evans has a lot of insight into “Bones” as the former light heavyweight champion prepares to return as a heavyweight sometime in the fall of 2022.

Rashad also knows what it’s like to take a long break from fighting and then compete again. He recently returned from a four year retirement stint to fight at Eagle FC 44 in January. He shared his thoughts on Jones and his return to action while working the ESPN sportsdesk for UFC Vegas 58.

“Stipe [Miocic] would be a great fight for [Jones] to come into,” Evans said. “I think that he can’t go in there with somebody — well, he can — but I would rather see him go in there against somebody who has been not as active as he is because If you go in there with a guy like Romanov and Tom Aspinall or one of those guys who has been active, it may be a problem for Jon Jones.”

“Not to say he can’t surprise at that challenge but at the same time it’s a different kind of fight when you’re fighting someone that’s active because the game changes so fast and there’s all these difference nuances in there. Being in the Octagon after you haven’t been there for a long time, it does feel a little weird. So take some time to get used to it.”

“Going against somebody like Stipe who’s a little bit slower, who had those wars in there and [Jones] can capitalize off the damage he’s already has, I think that’ll be a good fight.”

Rashad Evans also saw Jones’ departure from the JacksonWink gym in Albuquerque as a good thing.

“I do like him training with ‘Triple C,’ and i like it because he’s in a new environment and he’s being challenged with new training activities,” Evans said. “Jiri Prochazka’s out there and a couple different training partners. He even trained with some high level Olympic wrestlers which is really going to bring his wrestling to another level.”

“And it’s also going to add another element to the heavyweight game that he’s going to have to implement, being able to grapple. So I like him training there and getting out of the box in Albuquerque is not a bad thing at all. Sometimes you can be a big fish in a small pond and you gotta go out there and expand your horizons.”