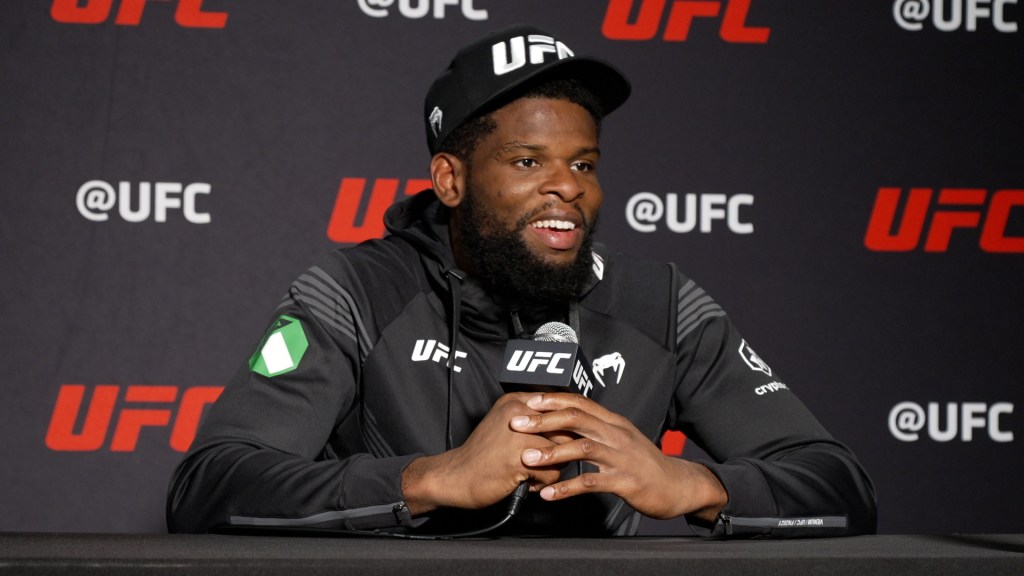 LAS VEGAS – Kennedy Nzechukwu is happy to be back in the win column for reasons bigger than fighting.

The UFC light heavyweight stopped Karl Roberson in their bout at Saturday’s UFC on ESPN 39, snapping a two-fight losing streak. Not only does the victory help put Nzechukwu’s (10-3 MMA, 4-3 UFC) back on track, but the win bonus will help aid his mother, who suffers from Lou Gehrig’s disease.

“This win means a lot to me because my mother has Lou Gehrig’s disease Als lateral sclerosis – it’s a muscle debilitating disease,” Nzechukwu told reporters at the UFC on ESPN 39 post-fight press conference. “I’m her primary care giver, so I don’t really have much of a life beyond going to church, training and taking care of her. This means a lot because of my mom.”

Nzechukwu joined the UFC in 2018 after earning a contract in Dana White’s Contender Series. He lost to Paul Craig in his debut, but rebounded with three straight wins, including two stoppages. He then lost two bouts prior to entering Saturday’s UFC on ESPN 39.

You can watch Nzechukwu’s full interview in the video above.