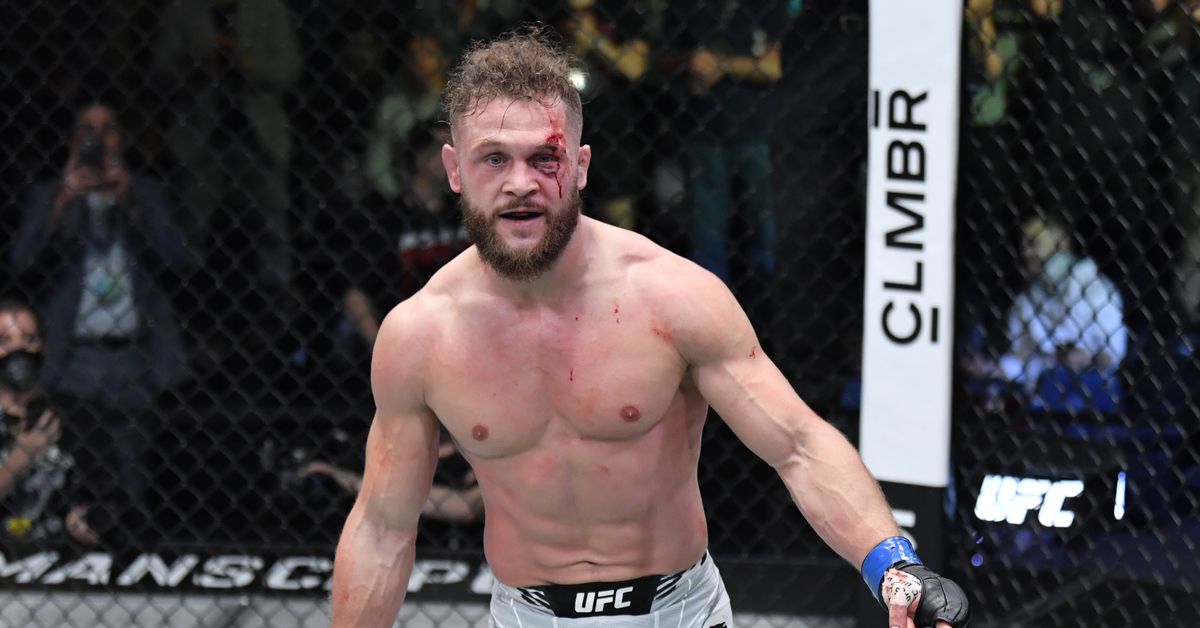 Streaking UFC lightweight contender Rafael Fiziev, who launched himself into the division Top 10 with his fifth-round finish over former 155-pound champion Rafael dos Anjos at UFC Vegas 58, will be headed for surgery this week to repair a broken nose.

That’s according to Ariel Helwani, though it’s uncertain if the injury was caused during his “RDA” fight or was an existing issue that needs to be corrected. Either way, Fiziev will be out of action until late November or early December, best case scenario.

That will give the division time to work itself out.

The promotion has yet to book a fight for the vacant lightweight title.

Fiziev (12-1) is hoping to score a big-ticket bout that will elevate him from budding contender to full-fledged title challenger. His recent callout of Justin Gaethje went unanswered, but the Top 5 of the division (see it here) has plenty of other options, all of them dangerous.

See you in December?