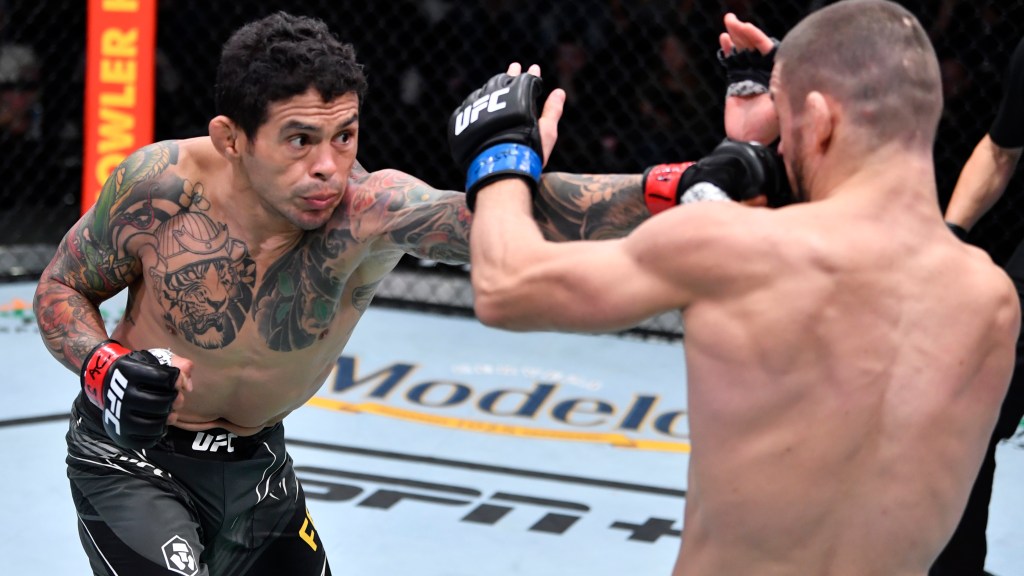 Drakkar Klose suddenly is in need of a new UFC 277 opponent after Diego Ferreira was forced to withdraw.

A person with knowledge of the situation confirmed to MMA Junkie’s Nolan King that Ferreira pulled out of the July 30 bout because of an injury. BJPenn.com was first to report the news Wednesday, adding that the UFC is actively searching for a replacement with just over two weeks until fight night at American Airlines Center in Dallas.

It’s an unfortunate development for Ferreira (17-5 MMA, 8-5 UFC), who trains out of Dallas’ Fortis MMA gym. The 37-year-old Brazilian was hoping to get back on track in front of a hometown crowd, looking to snap a three-fight losing streak. Prior to the skid, Ferreira was on a six-fight winning streak capped off by a submission of former UFC lightweight champion Anthony Pettis. Ferreira has since lost to Beneil Dariush (split decision), Gregor Gillespie (TKO) and Mateusz Gamrot (TKO).

Below is the updated UFC 277 lineup: