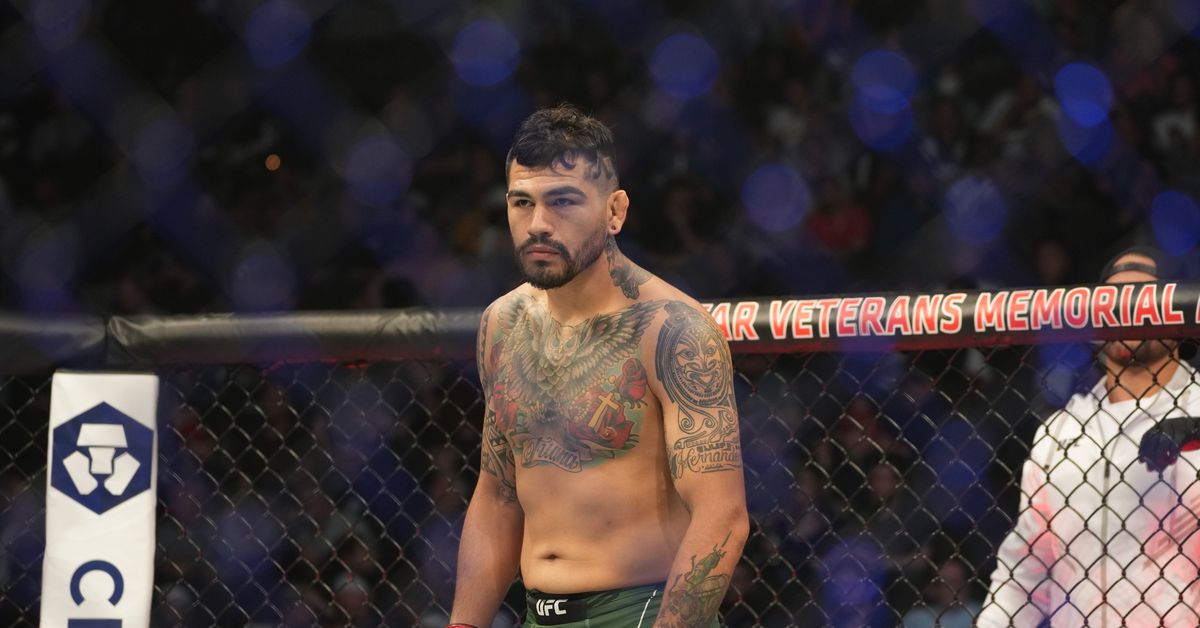 A pair of middleweights looking to break out of the middle of the pack will face off in September.

Anthony Hernandez (9-2, 1 NC) is set to fight Marc-Andre Barriault (14-5, 1 NC) at an upcoming UFC Fight Night event on Sept. 17, with a location still to be announced. Both fighters have bounced back from slow starts to their UFC careers to win three of their last four.

Hernandez was signed off of the Contender Series after scoring a 40-second knockout of Jordan Wright, however the win was later overturned and Hernandez was suspended for six months after testing positive for marijuana. “Fluffy” then made his UFC debut on a February 2019 card where lost by second-round submission to Markus Perez. He bounced back with a submission win of his own over Jun Yong Park and is currently on a two-fight win streak, which includes a stunning submission victory over Brazilian jiu-jitsu ace Rodolfo Vieira.

Barriault, a former two-division champion in Canada’s TKO promotion, has also seen success after going winless in his first four UFC appearances (including a knockout win over Oskar Piechota that was overturned due to Barriault testing positive for ostarine). The Quebec native’s 3-1 stretch includes finishes of Jordan Wright and Abu Azaitar.

A bantamweight bout between Alatengheili and Chad Anheliger has been added to UFC 279. The news was first announced by Alatengheili’s management.

China’s Alatengheili (15-8-2) has impressed in his UFC run thus far, with just one loss in five appearances for the promotion. In his most recent outing at UFC Vegas 51 this past April, he needed just 47 seconds to score a knockout victory over Kevin Croom. That was Alatengheili’s first finish since signing with the UFC in August 2019.

Anheliger (12-5) earned a contract on the most recent season of the Contender Series, defeating former ONE Championship standout Muin Gafurov by split decision. In his UFC debut at UFC Vegas 48 this past February, the Canadian veteran finished Jesse Strader via strikes in the third round. The win extended Anheliger’s current winning streak to 10.

Sam Hughes and Piera Rodriguez have win streaks on the line when they face one another on Oct. 15.

The strawweights will square off at an upcoming UFC Fight Night event in October, with a location still to be announced. ESPN Deportes was first to report the matchup.

Hughes’ UFC run got off to an inauspicious start with three straight losses, including two bouts that were taken on short-notice. Following a decision loss to Luana Pinheiro, Hughes (7-4) has now won two straight, with a third-round TKO victory over Elise Reed in her most recent outing. This will be Hughes’ third fight since April.

Rodriguez has yet to experience defeat, having won her first eight pro bouts. She fought her way to the UFC through the Contender Series and then made a successful debut with a unanimous decision win over Kay Hansen at UFC 273 this past April. The Venezuelan prospect has won five of her eight fights by KO/TKO.