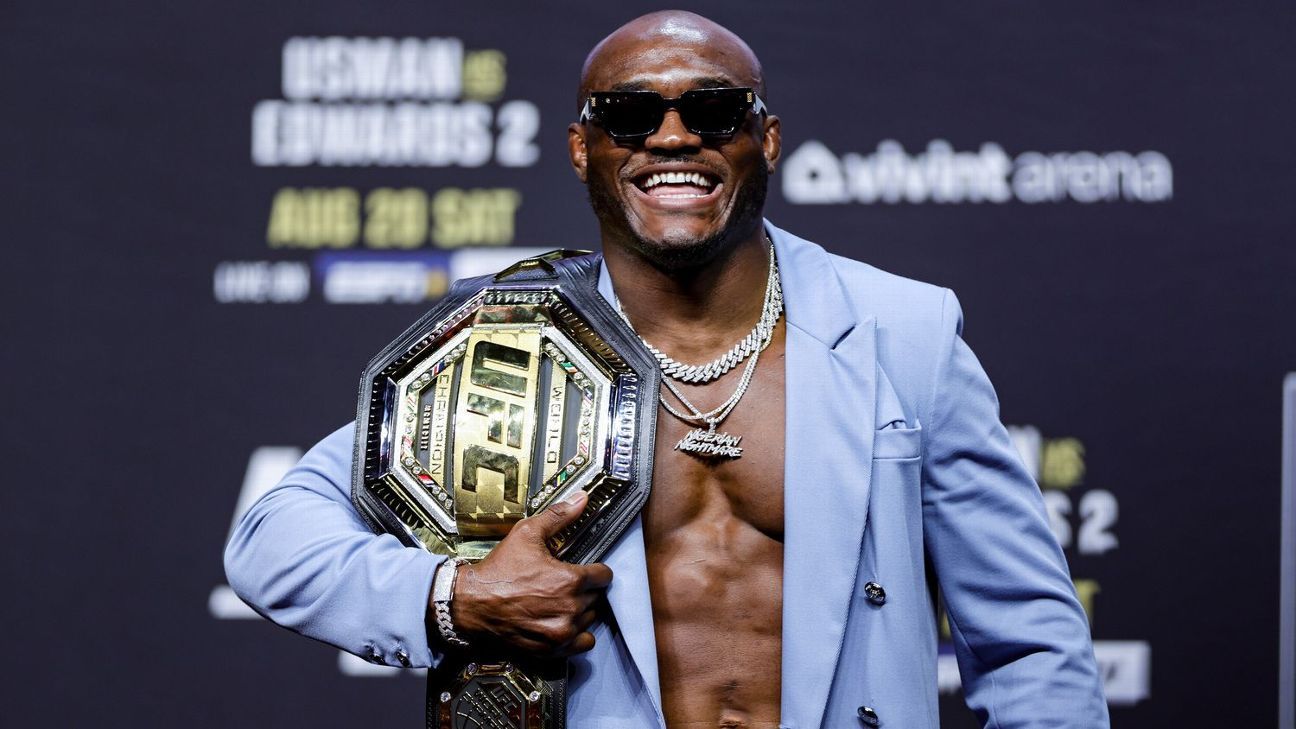 The UFC is amid a busy summer schedule, coming off International Fight Week two weeks ago. Next up is UFC on ABC this weekend (Saturday, main card on ABC/ESPN+ at 2 p.m. ET, prelims on ESPN/ESPN+ at 11 a.m.), with a big-time main event between Brian Ortega and Yair Rodriguez. From there, the Octagon moves to London for UFC Fight Night and then Dallas for the Julianna Peña vs. Amanda Nunes rematch at UFC 277 on July 30.

There’s so much going on in the sport. Kamaru Usman wants to win a second belt, but at light heavyweight? Speaking of the 205-pound division, who should Jiri Prochazka fight for his first title defense? Plus, could Shavkat Rakhmonov be the next big star at welterweight?

Here are five storylines I’m pondering as we press forward on the UFC calendar.

When I look at the UFC’s featherweight division — which, as I’ve made clear in previous installments of “Five Rounds,” is my favorite weight class in the sport — the theme that comes to mind is improvement. The gold standard of that is, of course, champion Alexander Volkanovski. The most impressive thing about Volkanovski over the last three years is how much he’s improved. The version of Volkanovski who took the belt from Max Holloway in 2019 is nowhere near as good as the 2022 edition. And Volkanovski managed those improvements during a pandemic and a hectic fight schedule (three title defenses) over the last 12 months. 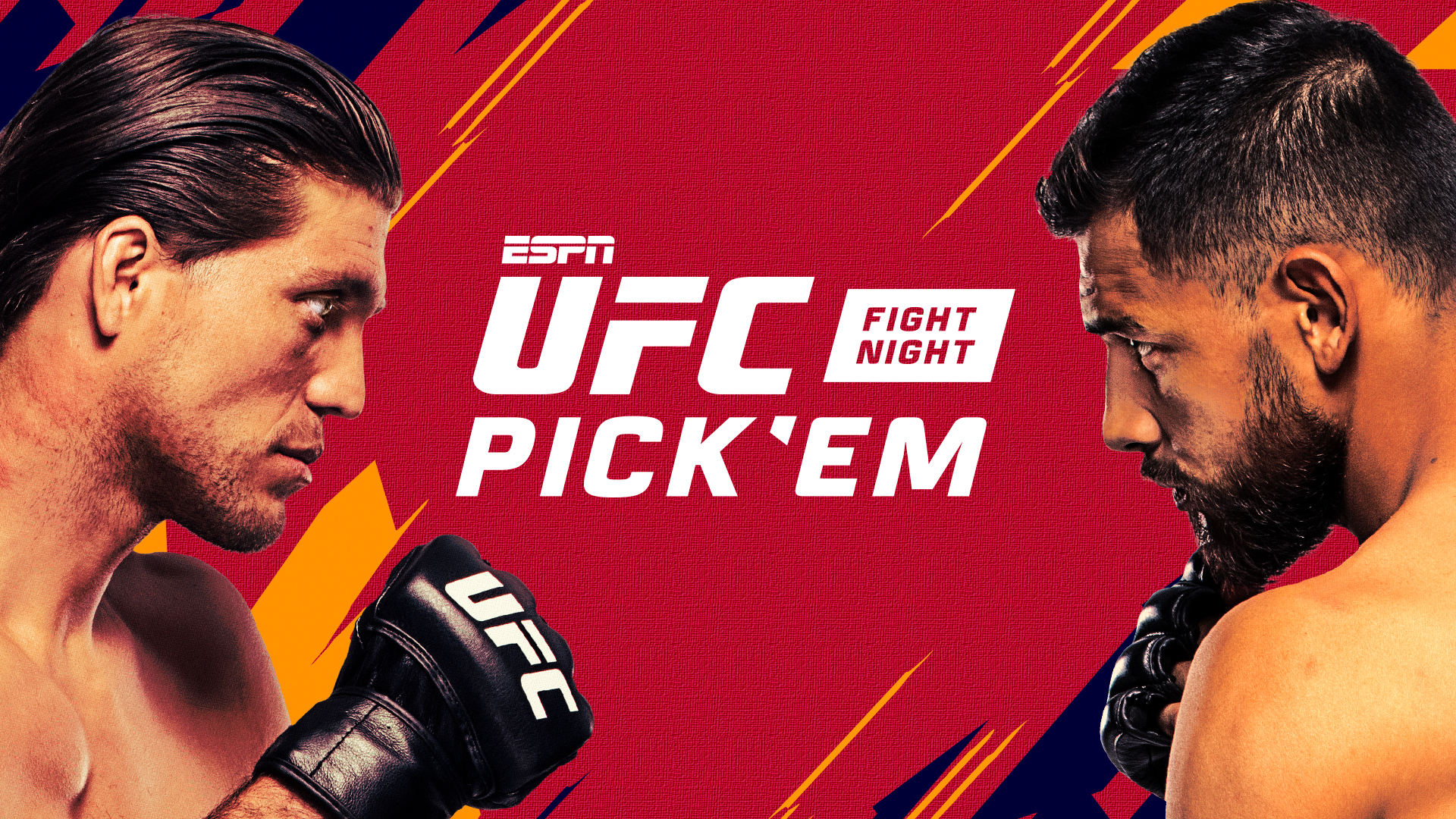 Play for a chance to win a streaming of UFC 277 for FREE! Make Your Picks

But beyond the champ, this concept of improvement has been tremendous at 145 pounds. Ortega looked positively lost in his first title fight against Holloway in 2018. After that fight, he took two years off, blew up his entire training camp, found virtually all new coaches and training partners, and returned as Ortega 2.0. Rodriguez was plagued by inactivity from 2019 to 2021, so much so that he went into his fight against Holloway as a 5-to-1 underdog. But then we saw improvements to his game in a five-round Fight of the Year candidate.

I recall all of this because it’s improvement we’ll be looking for when Ortega and Rodriguez meet in the main event. Who has added more wrinkles to his game since the last time we saw them? Both of them have had time to do it. This is Ortega’s first fight in 10 months, Rodriguez’s first in eight months. These two have proven beyond a doubt they are top-five in this division. If they want to give Volkanovski a challenge, they will have to show better versions of themselves on Saturday.

Kamaru Usman wants to jump to light heavyweight, and… I love it?

When Usman first mentioned this idea, I didn’t put much stock in it, because why would I? A champion jumping two weight classes has never happened in the UFC. It doesn’t make a ton of sense. Champions who rise in weight and win a second title are rare. They’re not as rare as they used to be, but it’s still a feat that not many champions have accomplished. Moving up two weight classes is almost asking to fail. The size difference between fighters at 170 pounds and 205 pounds is truly massive. But after speaking to Usman more this week, I believe he’s serious about it.

Here’s the thing: I wouldn’t put it past the UFC to let him try. For one, UFC president Dana White respects and admires Usman. There have been past examples showing White is open to what Usman wants to do with his career. He wasn’t high on the idea of Usman boxing Canelo Alvarez, but that’s a different scenario. Usman is, right now, ranked No. 1 in the UFC’s pound-for-pound rankings. He’s been active, and he’s taken on every challenger the UFC has thrown at him. He’s bought some goodwill with the company, which could allow him to do something outside the box.

And light heavyweight, ever since Jon Jones left the division, has been pretty wide open. It’s ripe for something like this. I’m not saying we’ll see this happen, but I think it’s within the realm of possibility. And you know what? I like it. If Usman beats Leon Edwards, let’s see what the two divisions look like. A two-class jump would undoubtedly give us something to discuss.

Jiri Prochazka wants Glover Teixeira in his first title defense, but what about Jan Blachowicz?

Prochazka has said he’d like to fight Teixeira in a rematch in his first title defense, essentially because he wasn’t happy with his performance when he took the title from Teixeira last month at UFC 275. I understand this sentiment, which we always see in this sport, as fighters can be their harshest critics. It’s not surprising to hear Prochazka say something like, “I will show you why I’m the champion.” He doesn’t want there to be any doubt.

But I disagree with the call. Teixeira was not a long-reigning champion who warrants an immediate rematch. Blachowicz’s record is just as impressive as Teixeira’s in recent years, if not more so (even though Teixeira got a victory over him last year). In addition, it’s a misguided decision by Prochazka. He said Blachowicz is the tougher matchup, and calling for a fight with anyone other than the toughest matchup doesn’t align with Prochazka’s professed code towards MMA. Blachowicz was quick to point this out, and rightfully so. The next 205-pound title fight should be Prochazka vs. Blachowicz, and I won’t be surprised if that’s the route the UFC chooses.

While Khamzat Chimaev receives all the “up and comer” love in the sport, some believe Rakhmonov is equally good. The Uzbekistan-born welterweight is 16-0 with 16 finishes. His manager, Daniel Rubenstein, believes the UFC might not have fully realized what it had in Rakhmonov initially, as he came to the promotion as part of an agreement with Russian promoter M-1 Global. Rakhmonov was an M-1 Global champion and was moved to the UFC after successfully defending his belt in 2019. It took awhile for him to get a UFC debut because of the pandemic, but he’s 4-0 now.

Coming off last month’s finish of Neil Magny, Rakhmonov is ranked No. 10. He doesn’t carry much name recognition, but the UFC signed him to a new contract before his last fight, and his level of opposition should improve.

“Skill for skill, I’d take him over Khamzat,” Rubenstein said. “Magny is a great barometer for any fighter; we’ve seen that over the last five or six years. Now, we’re looking for fights against Stephen ‘Wonderboy’ Thompson and Belal Muhammad. We’re looking at top five in the division. We haven’t been offered anything, and who is jumping up and down to fight Shavkat or Khamzat right now? Nobody. But he finishes guys. Even though he doesn’t talk trash, the UFC will get behind him because they can promote him as a killer.”

One fight I’d like to see booked: Valentina Shevchenko vs. Miesha Tate

I’m not overlooking Tate’s fight against Lauren Murphy this weekend. People have overlooked Murphy in the past, and she’s made them pay for it. But Murphy has already lost to Shevchenko, and there’s no need to see that fight again. So, for the division’s health, it wouldn’t be the worst thing if Tate went out in her 125-pound debut and looked terrific.

If that happens, Tate will have injected much life into a division running out of viable title challengers. And with Shevchenko coming off her closest fight in years last month against Taila Santos, there’s at least a path to victory against Shevchenko laid out for Tate, if she can take care of business on Saturday. I want to see Shevchenko in a big, marketable fight, and this would qualify.