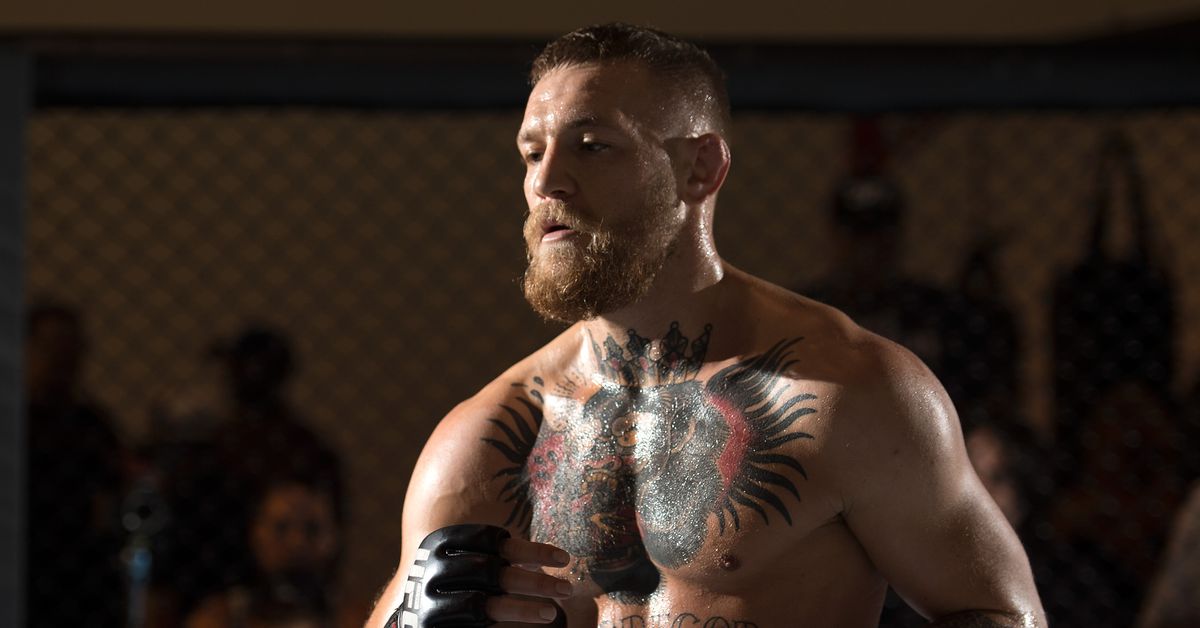 Conor McGregor is back healthy in the gym and training like a “2000-pound gorilla.”

This is according to McGregor’s head coach, John Kavanagh. McGregor returned to SBG in Ireland earlier this week for the first time in over a year. Remember, “Notorious” has been recovering from a serious leg injury suffered in his trilogy fight with Dustin Poirier at UFC 264.

Now that McGregor is heathy he’s able to return to full training and prepare for his Octagon return. Having over 12 months off the former UFC double champ has bulked up quite a bit. Kavanagh felt McGregor’s newfound strength when they rolled for the first time in 2022.

“I don’t know if you can see the few nicks and marks on my forehead. He showed up by surprise. He grabbed me by the neck and I was subjected to a couple of rounds by this 2000-pound gorilla,” Kavanagh recently told The Mac Life.

“We had a great roll around,” he added. “I think that was literally my first time doing grappling with him since the lead-up to the last fight so it’s been a while now. He’s back healthy now, he’s back being able to do all the facets of MMA training again.”

McGregor, who turned 34 on Thursday, is hoping to return to a UFC title shot. It’s unknown at this time if the promotion is willing to put their bread in that basket yet again, but “Notorious” has a plethora of suitors he can ultimately choose from. Fighters that will put his 2000-pound gorilla-self to the test.

This is about as close as you can come to an on-stage brawl.

How did the UFC London poster turn out?

Will this be enough to hand Jon Jones his first true MMA loss?

Khamzat Chimaev is looking absolutely yoked. But who does he fight next?

This might be the only win of the week for Li Jingliang.

The “BMF” champ chopping it up with royalty.

This is what happens when you fight in jeans.

Wild is an understatement.

Instant hit. Am I right?

Dude won the belt with this knee. Kudos.

Them elbows tend to hurt.

It’s not too often a slide into second results in a flying tooth.

The umpire should have ejected himself.