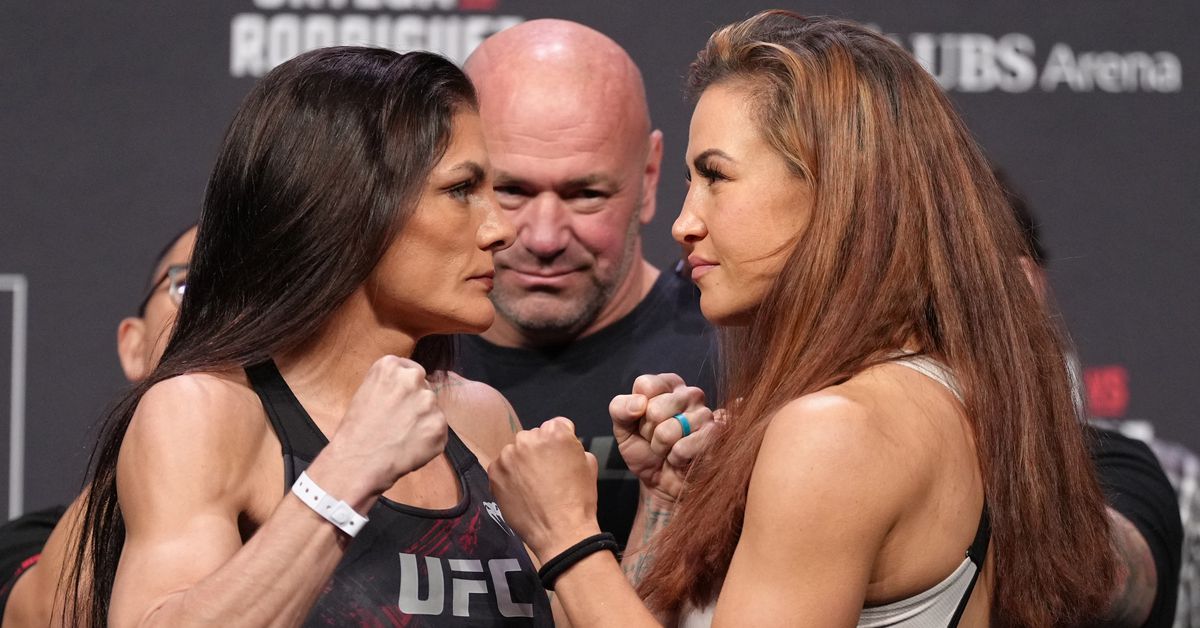 This is the live blog for the UFC Long Island main card opener between Lauren Murphy and Miesha Tate, Saturday at the UBS Arena in New York.

The first fight of the main card is a big one this weekend as Tate, the former bantamweight champion, makes her flyweight debut after dropping a unanimous decision to Ketlen Vieira this past November. A new division means new stakes for “Cupcake,” who in all likelihood will punch her ticket to the next title shot against long-reigning flyweight champion Valentina Shevchenko, if she can win tonight.

Standing in Tate’s way is Murphy, who had her own crack at Shevchenko in 2021 but came up short, losing by TKO stoppage in the fourth round. This is Murphy’s first fight since that loss, and “Lucky” hopes to make a statement win that will put her back in the title conversation at 125 pounds.

Check out the UFC Long Island live blog below.