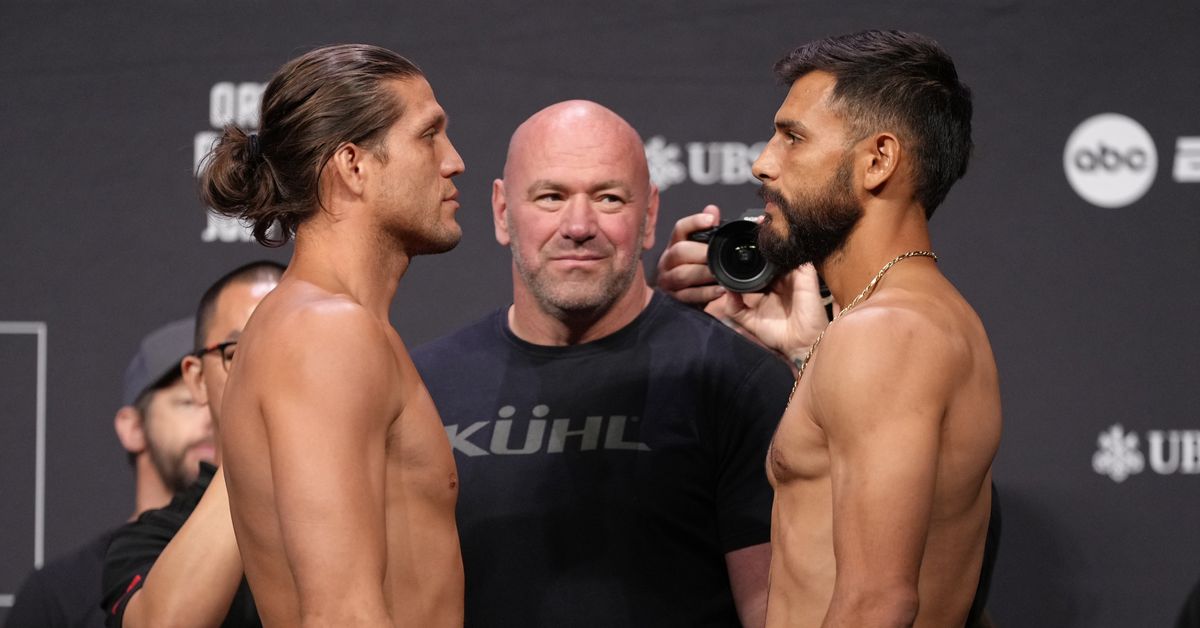 MMA Fighting has UFC Long Island results for the Ortega vs. Rodriguez fight card, a live blog of the main event as well as the featured Tate vs. Murphy bout, and live UFC Long Island Twitter updates.

In the main event, Brian Ortega and Yair Rodriguez will collide in a key featherweight battle. Two-time title challenger Ortega is looking to rebound after suffering a unanimous decision loss to UFC champion Alexander Volkanovski in one of 2021’s best fights. Rodriguez has won just two of his past four bouts since 2018 but told MMA Fighting this week that the UFC has promised him the next title shot against Volkanovski if he defeats Ortega.