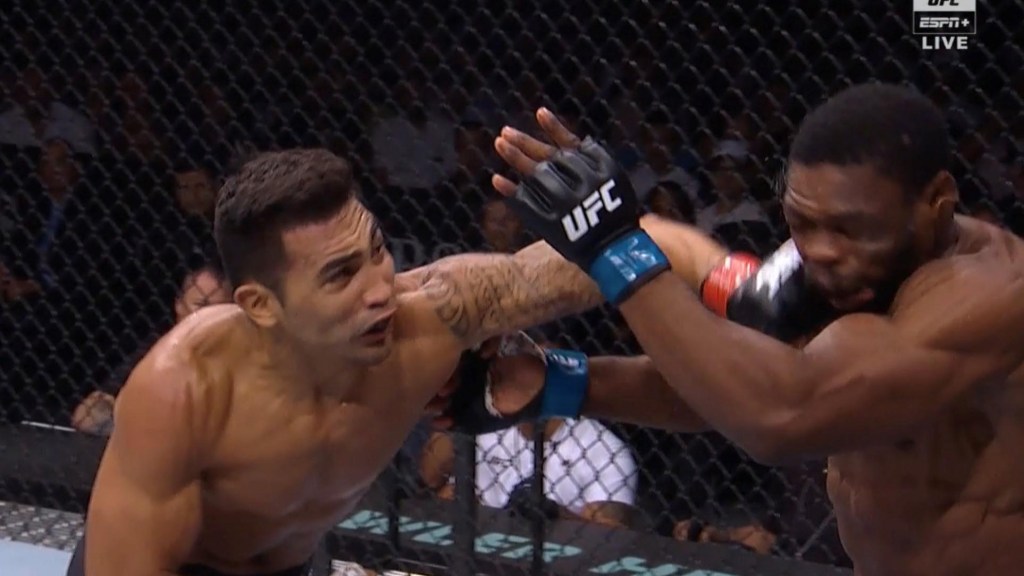 Punahele Soriano needed a win in the worst way at UFC on ABC 3, and he got the job done in resounding fashion.

After suffering back-to-back losses following an unbeaten start to his career, Soriano (9-2 MMA, 3-2 UFC) returned to the win column Saturday with a second-round TKO of Dalcha Lungiambula (11-5 MMA, 2-4 UFC) in their middleweight bout on Long Island.

Soriano was forced to stay away from Lungiambula’s dangerous strikes in the first round. He brought big power of his own in return, though, and when the second frame began, he landed a huge shot that opened the door for the finishing sequence (via Twitter):

By snapping a losing skid of his own, Soriano sent Lungiambula onto a third consecutive defeat. Soriano was emotional during his post-fight interview with Daniel Cormier, and said he’s been working harder than ever to produce positive results.