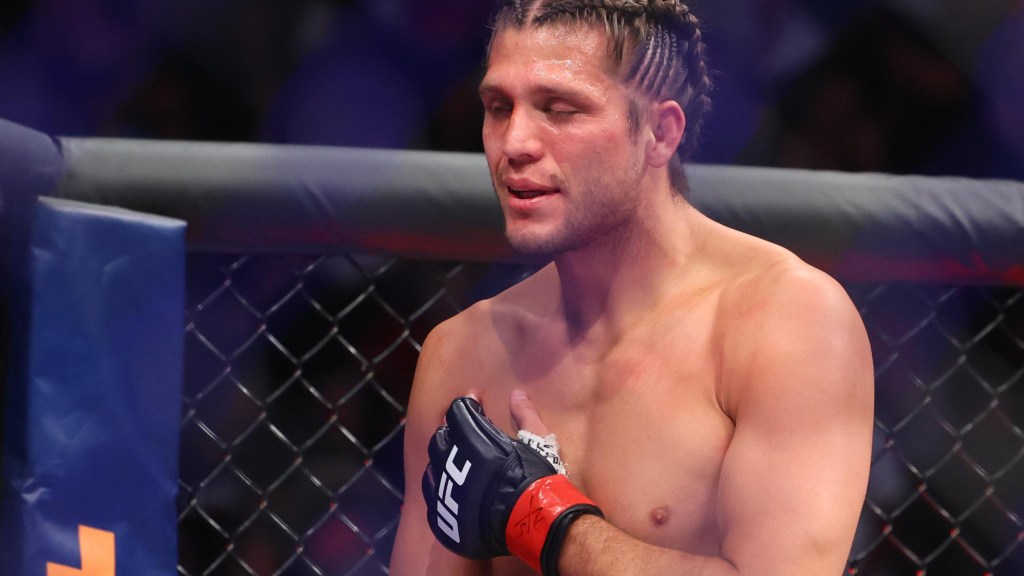 Brian Ortega is struggling to digest his bad luck in defeat at UFC on ABC 3.

Ortega (15-3 MMA, 7-3 UFC) suffered a dislocated shoulder in the first round of his featherweight headliner with Yair Rodriguez (14-3 MMA, 9-2 UFC) on Saturday at UBS Arena in Elmont, N.Y., resulting in a TKO defeat and much disappointed for an anticipated clash between contenders.

Although just over four minutes of fight time had elapsed when Ortega’s arm popped out of the socket, he felt he was shining inside the octagon. It’s impossible to say what would’ve happened without the injury, but Ortega thinks he was on his way to the win.

“Everything was going my way. Literally I was winning every minute of the fight. I was sticking to the game plan because I do get emotional. … The world saw I was about to show what I do best, which is grapple and take control. Then the second we hit the ground my freaking arm just came out.”

At this point, Ortega is just crossing his fingers that there’s no long-term damage to his shoulder. He’s undergone surgery twice before, and while he claims this is a new injury that he’s never experienced before, he voiced concerns about the severity.

Whenever Ortega is ready to fight again, he said he hopes Rodriguez is the man standing across from him so they can have a definitive end to the matchup.

“He said he’s willing to run it back – I definitely want to get it back,” Rodriguez said. “The second I’m physically healthy to do it, I want to get back in. I’m not trying to take anything off. I’m upset. But yeah. Trying to smile and now – I put in way too much work. Sacrificed everything just for something stupid like this to happen.

Oliveira On Makhachev Bout: “I Didn’t Want This Fight”
A.J. McKee explains move to lightweight, still open to face Patricio Pitbull at 145 ‘one last time to whoop his ass’
2022 PFL Playoffs 1: Best photos from New York
Dominick Reyes provides career update following long layoff: ‘I had to figure my own s*** out’
Velasquez pleads not guilty to attempted murder