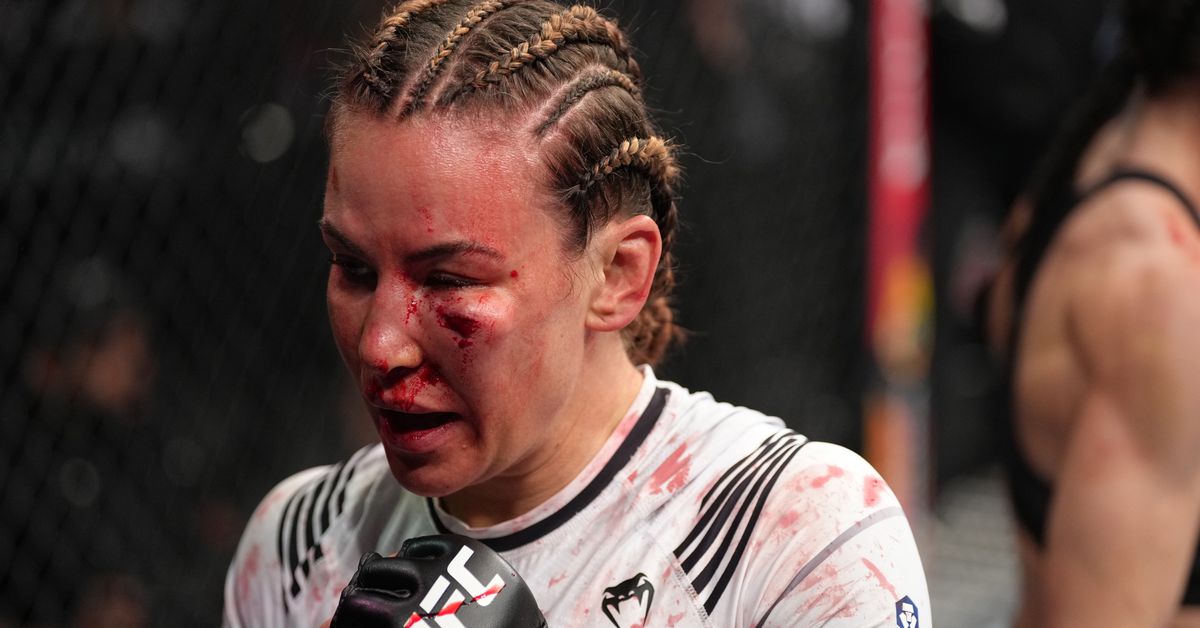 Miesha Tate is taking her flyweight debut loss to Lauren Murphy in stride.

Hours after the loss, “Cupcake” reacted to the result on Instagram and poked a little fun at herself.

“Some women pay a lot of money for lips like these! All I had to do was get in a little fist fight!” Tate wrote. “Tonight wasn’t my night, congratulations to Lauren Murphy and we continue to learn the lessons of life.

“I’m still blessed beyond measure win lose or draw! Thank you to all those who continue to love and support me regardless, you know who you are.”

Tate is now 1-2 since coming out of a nearly five-year retirement from the sport. The 35-year-old stopped Marion Reneau in her return fight at UFC Vegas 31 one year ago. She went on to headline UFC Vegas 43 this past November, where she dropped a unanimous decision to Ketlen Vieira.

With the win, Murphy is 6-1 in her seven most recent outings with the lone loss coming against champion Valentina Shevchenko at UFC 266 this past September.