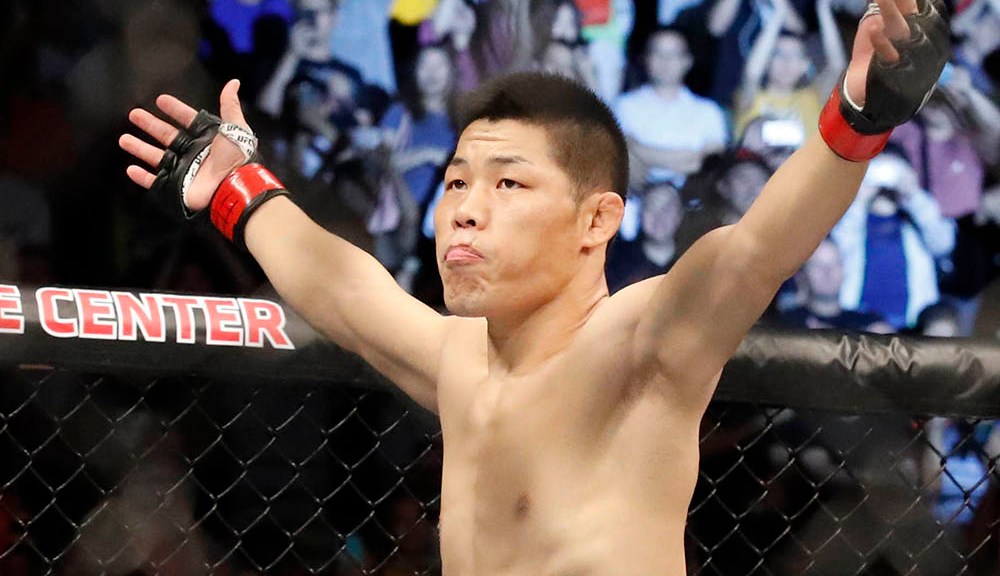 UFC on ABC 3 proved to be one of the more entertaining cards of the year, with eight of the 12 scheduled bouts ending in a stoppage at UBS Arena in Elmont, N.Y.

The main event unfortunately featured an anticlimactic end, with Yair Rodriguez (14-3 MMA, 9-2 UFC) getting the first-round TKO win, but only after Brian Ortega (15-3 MMA, 7-3 UFC) suffered a dislocated shoulder the forced the fight to be waved off.

For more on the numbers from the headliner, as well as the rest of the card, check below for MMA Junkie’s post-event facts from UFC on ABC 3.

The UFC Promotional Guidelines Compliance payout for the event totaled $179,000.

Debuting fighters went 1-0 at the event.

Betting favorites went 6-6 on the card.

Betting favorites fell to 15-9 in UFC headliners this year.

Rodriguez improved to 4-1 with one no contest in UFC headliners.

Rodriguez has earned all four of his UFC stoppage victories by TKO or knockout.

Ortega has suffered both of his career losses by injury or doctor stoppage TKO.

Waterson has suffered both of her UFC stoppage losses by submission.

Jingliang (19-7 MMA, 11-5 UFC) has earned all eight of his UFC stoppage victories by knockout.

Muslim Salikhov (18-3 MMA, 5-2 UFC) has suffered all three of his career losses by stoppage.

Salikhov suffered the first knockout loss of his career.

Murphy has earned five of her seven UFC flyweight victories by decision.

Tate was unsuccessful in her UFC women’s flyweight debut.

Soriano (9-2 MMA, 3-2 UFC) has earned eight of his nine career victories by stoppage.

Soriano has earned all three of his UFC victories by knockout.

Lungiambula has suffered four of his five career losses by stoppage.

Simon (20-3 MMA, 8-2 UFC) has earned all three of his UFC stoppage victories by submission.

Simon has landed 37 takedowns in UFC bantamweight competition, the second most in divisional history behind Merab Dvalishvili (50).

Jacoby’s seven-fight UFC unbeaten streak at light heavyweight is the second-longest active streak in the division behind Magomed Ankalaev (eight).

Jung suffered the first knockout loss of his career.

Grant has suffered four of his six career losses by decision.