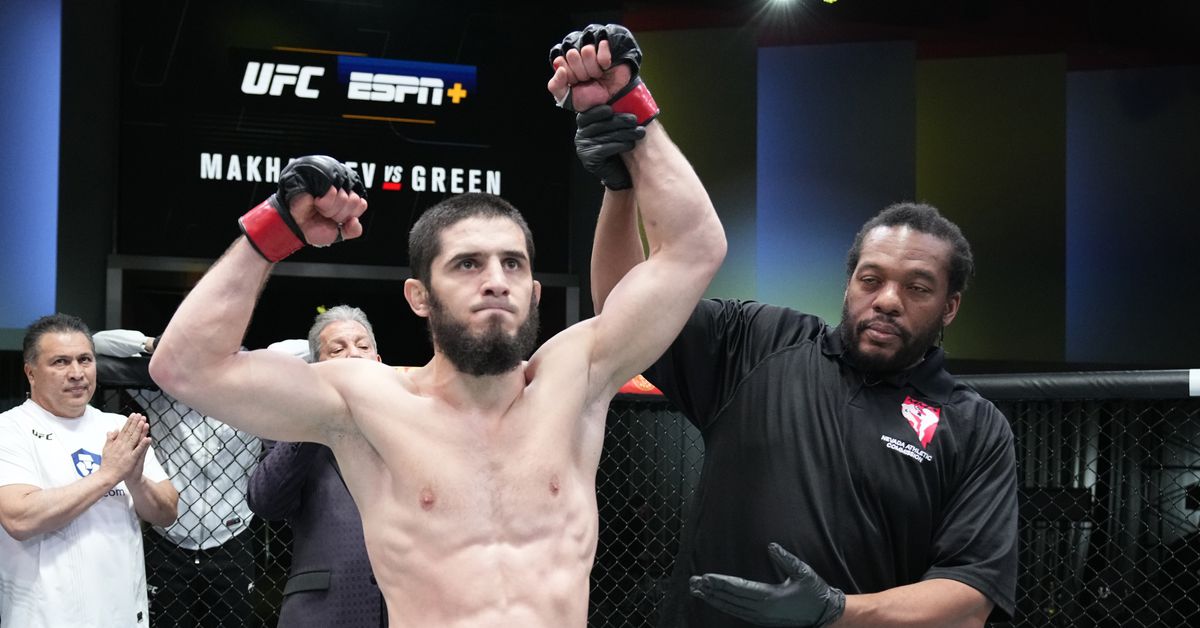 Oddsmakers are leaning toward Islam Makhachev ahead of his first UFC title fight.

Makhachev faces Charles Oliveira for the vacant lightweight title in the main event of UFC 280 in Abu Dhabi. The event takes place Oct. 22 at Etihad Arena in the promotion’s return to the Middle East for the first time in one year.

According to DraftKings Sportsbook, Makhachev is a sizable favorite since the bout was announced during Saturday’s UFC Long Island broadcast. A winner of 10 straight, Makahchev is currently the -225 favorite to join his mentor Khabib Nurmagomedov in the 155-pound titleholder history books. Oliveira comes back as the +195 underdog in his bid to regain the title he never lost inside the octagon.

Oliveira is riding an 11-fight winning streak, which includes a first-round submission win over Justin Gaethje in the main event of UFC 274 in May. The day prior, “Du Bronx” missed weight by 0.5 pounds and was subsequently stripped of the championship he won and successfully defended against Michael Chandler and Dustin Poirier respectively in 2021.