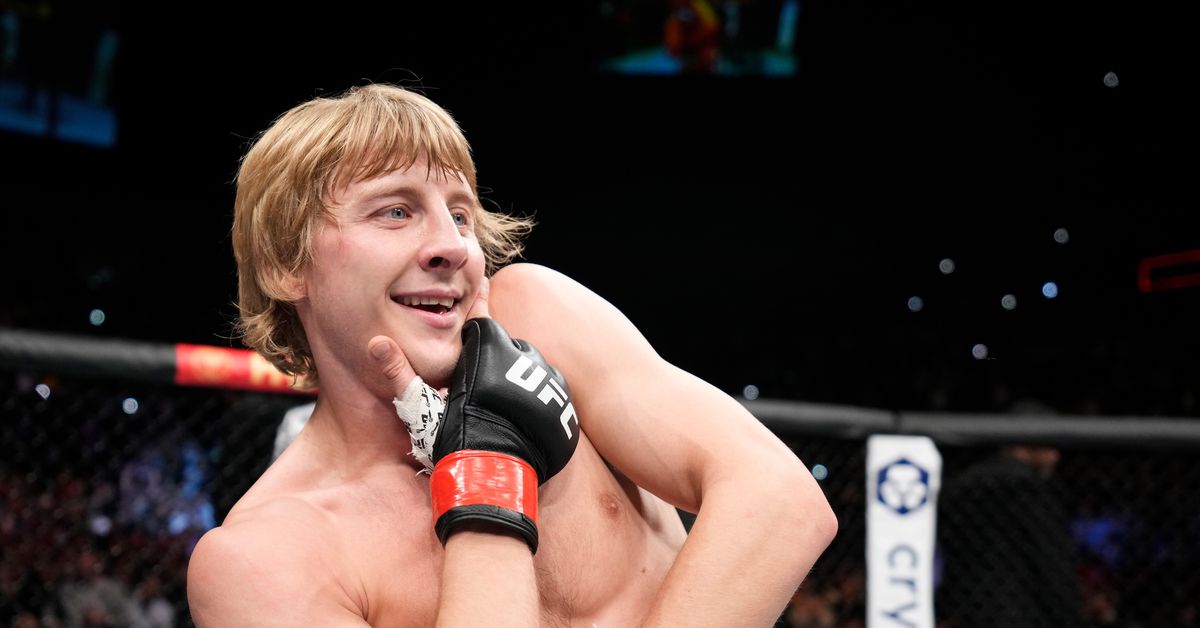 UFC lightweight sensation Paddy Pimblett is being positioned as the next big thing at 155 pounds and will join the promotion’s upcoming London card this Sat. afternoon (July 23) across the pond, which should no doubt be a treat for hometown “Baddy” fans.

Probably because “The Monkey King” hasn’t seen anything from the English bruiser that warrants the hype. Pimblett is 2-0 inside the Octagon with two finishes but both opponents had losing records in UFC and have since been released from the promotion.

HERE WE GO AGAIN! Ultimate Fighting Championship (UFC) returns to O2 Arena in London, England, on Sat., July 23, 2022, for the second time this calendar year with a pivotal Heavyweight showdown between red-hot British standout, Tom Aspinall (No. 6), looking to punch his ticket to a future title fight at the expense of perennial division contender, Curtis Blaydes (No. 4). In UFC London’s co-main event, Jack Hermansson locks horns with Chris Curtis (not Darren Till), while local fan favorites Paddy Pimblett, Molly McCann and Alexander Gustafsson, among others, also see action inside the Octagon.

“I feel like if you separate all the flash from this fight, it’s not very interesting at all,” Leavitt told MMA Junkie. “I don’t really follow him on social media, and I didn’t really know about Paddy until his debut. I don’t think I’m going to be starstruck. I don’t really see him as a star. He’s just a guy that’s (2-0) in the UFC, and he fought some guys that had losing records in the UFC. There are plenty of guys on the roster like that. I’m just trying to separate this fight from the flash. On paper, I’m not too interested in this matchup, to be honest. Finish the fight, twerk, go home.”

After a high-profile run through the Cage Warriors promotion across the pond, grabbing the promotion’s featherweight title along the way, Pimblett (18-3) made his Octagon debut at UFC Vegas 36 in Sept. 2021, stopping Luigi Vendramini by way of first-round knockout. “The Baddy” would return at UFC London the following March, making quick work of international veteran Rodrigo Vargas.

Leavitt, one year younger than his “Fight Night” foe at 26, blasted his way into UFC by way of Dana White’s “Contender Series” back in summer 2020. In the two years that followed, the 10-1 “Monkey King” is 3-1 inside the Octagon and coming off consecutive victories over Matt Sayles (UFC Vegas 45) and Trey Ogden (UFC Vegas 51). Defeating “The Baddy” would undoubtedly provide a direct route to bigger and better opportunities at 155 pounds.

Though he may want to hold off on that post-fight celebration.

“Jordan Leavitt, if he ever wins a fight, he likes to twerk,” British hero and former UFC middleweight champion Michael Bisping told his listeners during a recent “Believe You Me” podcast. “That’s what he does every time he wins. Jordan, if you get the job done on Saturday and you twerk, we might see a riot in The O2 arena.”

And if Pimblett wins?

“I’m gonna tea bag him,” Pimblett said. “I’m gonna tea bag him like it’s Modern Warfare 2. I’ll squat as close to his head as I possibly can without the ref shouting at me. I’ll just squat up and down like I’m on Modern Warfare 2. He’s only ever fought in the APEX. He’s never fought anywhere else. He’s never fought with a crowd. Now he’s fighting with my crowd. Like I said, his head is going to fall off. As I was saying before, this probably might be the first ever time someone shits themself in the Octagon.”

To see who else is fighting at UFC London click here.