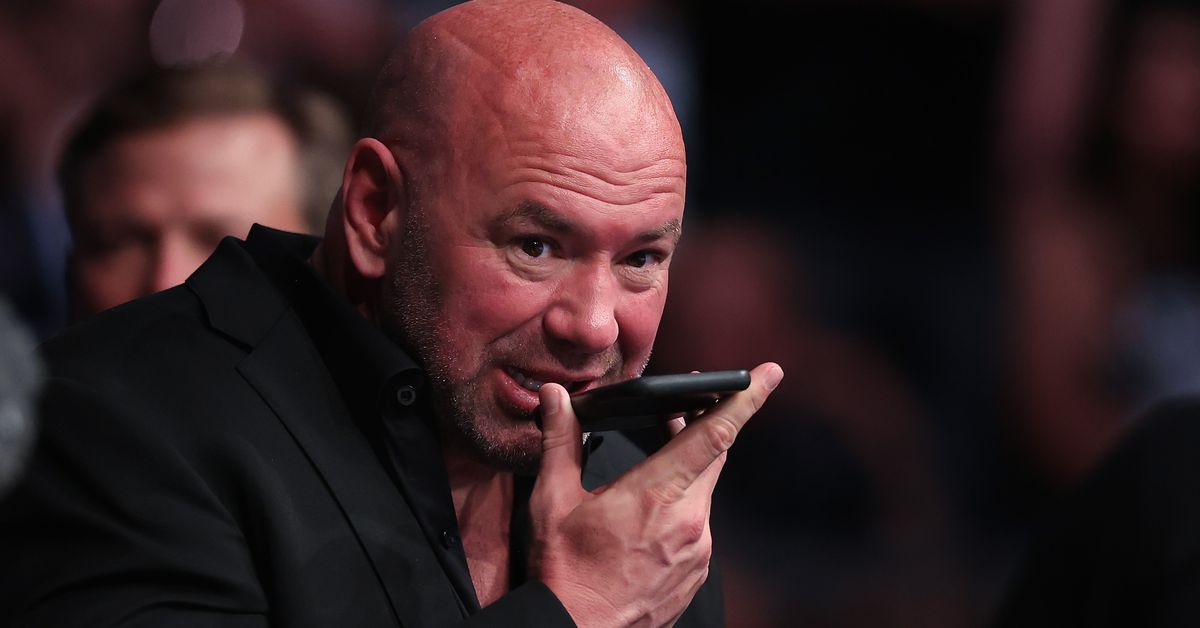 Last weekend at UFC Long Island’s post-fight presser (watch HERE), White questioned Paul’s motive for picking Rahman Jr. to fight after his original opponent, Tommy Fury, was forced out of their bout. Rahman Jr. has a solid professional record at 12-1, but he’s coming off a knockout loss to James Morrison back in April. White wondered why Paul, who he has criticized publicly before, picked the loser of that fight instead of the winner.

Rahman Jr., who is the son of a former heavyweight world champion, didn’t appreciate White’s comments about his last fight and whether or not he is a viable opponent for “Problem Child.” During a recent interview with The DAZN Boxing Show (via DAZN), Rahman Jr. made it perfectly clear what he thought about the UFC president.

“First of all, I wasn’t knocked out, I got stopped, I was on my feet,” Rahman Jr. said.

“Dana White could put anyone in there with me, Francis Ngannou, Jon Jones, the retired dude Randy Couture, I would destroy them, he knows that.

“He’s not going to put any of his fighters with me so I don’t put much weight on what he said. He doesn’t want his fighters fighting boxers anyway, and I can get in a cage with these guys too. I’m a real fighter.”

Rahman Jr. believes White would completely change his outlook if the two were ever to meet face-to-face.

“He would never talk to me like that to my face,” he said.

“He is one of the fakest people in combat sports, so I’m actually glad that Jake Paul has been exposing him as far as how fake he is in the combat sports world.”

If Nate Diaz pulled this off he would certainly lose his lucrative UFC pension, right?

Did Jake Paul really refer to Khamzat as “fake Khabib?”

Conor McGregor fans really think he’s cutting to lightweight and NOT going to have cardio issues?

Solid work from “The Diamond.”

Yair Rodriguez is putting the heat on the champ.

Hey @alexvolkanovski let’s make it easy.
You gonna try and skip me again like last time or we doing it for real?
You know I’m next, everyone does.
Let’s close the year at Vegas, or we can do it in your home country
Speedy recovery champ see you soon!
Australia Mexico pic.twitter.com/La0kSrZTz2

We need more of this.

Nearly sent him through the ropes.

Fighting at the Home Run Derby should mean life in prison.

I don’t understand how people do this and not choke on pounds of sand. I’m impressed.

Do you try to catch this ball?

This dude would get a Molly McCann spinning elbow right to the head.

UFC on ESPN 40 reactions: Winning and losing fighters on social media
Juliana Miller explains inspiration behind ‘DX’ crotch chop celebration after winning TUF 30
Jamahal Hill pushes for immediate title shot against Jiri Prochazka: ‘He jumped [the line] and got the belt … why not jump me?’
UFC Vegas 59: Santos vs. Hill Face-offs Video
Khamzat Chimaev is not the fight Nate Diaz’ coach wanted