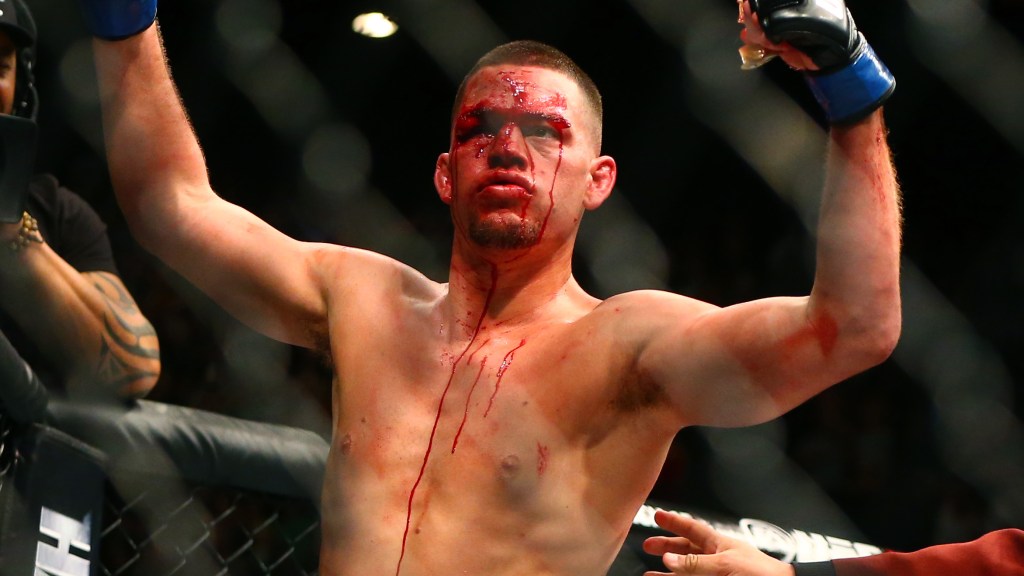 Expect Bare Knuckle FC to make a run at Nate Diaz after his final UFC bout takes place in September.

Diaz is set to fight out his contract Sept. 10 at UFC 279 when he takes on undefeated welterweight contender Khamzat Chimaev in a five-round main event. The booking is the culmination of a months-long dispute between the UFC and Diaz, who’s made it very clear that he wants out of the organization so he can pursue other opportunities, such as a boxing match with Jake Paul.

What about boxing without gloves? BKFC president David Feldman weighed in on that possibility in a Thursday interview with MMA Junkie Radio.

“I think it would be a great fit for our organization,” Feldman said. “Let’s see what happens with this fight that they just announced in the UFC with him.”

Despite having just one win since 2016, Diaz, 37, remains one of the biggest stars in MMA. He should have no shortage of options as a free agent.

During its four-year existence, BKFC has not shied away from trying to make splashy acquisitions. At the top of the list would be a $20 million offer to Mike Tyson in 2020 that came up short. But still, BKFC has been successful in signing an array of former MMA standouts, including Paige VanZant, Mike Perry, Chad Mendes, Jimmie Rivera, Artem Lobov, and more.

BKFC also is open to signing fighters to one-off deals, such as the upcoming Aug. 20 fight between Perry and Michael Page, who signed on just for that fight and remains under contract with Bellator. With Diaz not looking to bound himself to one fight promotion, BKFC could take that approach if it really wants Diaz.

But before making any decisions, Feldman wants to see how Diaz’s fight with Chimaev and its aftermath play out.

“The one thing I always want to worry about is that these fighters should still be fighting and not saying he definitely should be fighting,” Feldman said. “But after a tough fight like that, does he want to continue fighting? Is his heart in it? Is his body still in it, and is he ready to do it?

“If those answers are yes, 100 percent we would be in the Nate Diaz business – a hundred percent.”