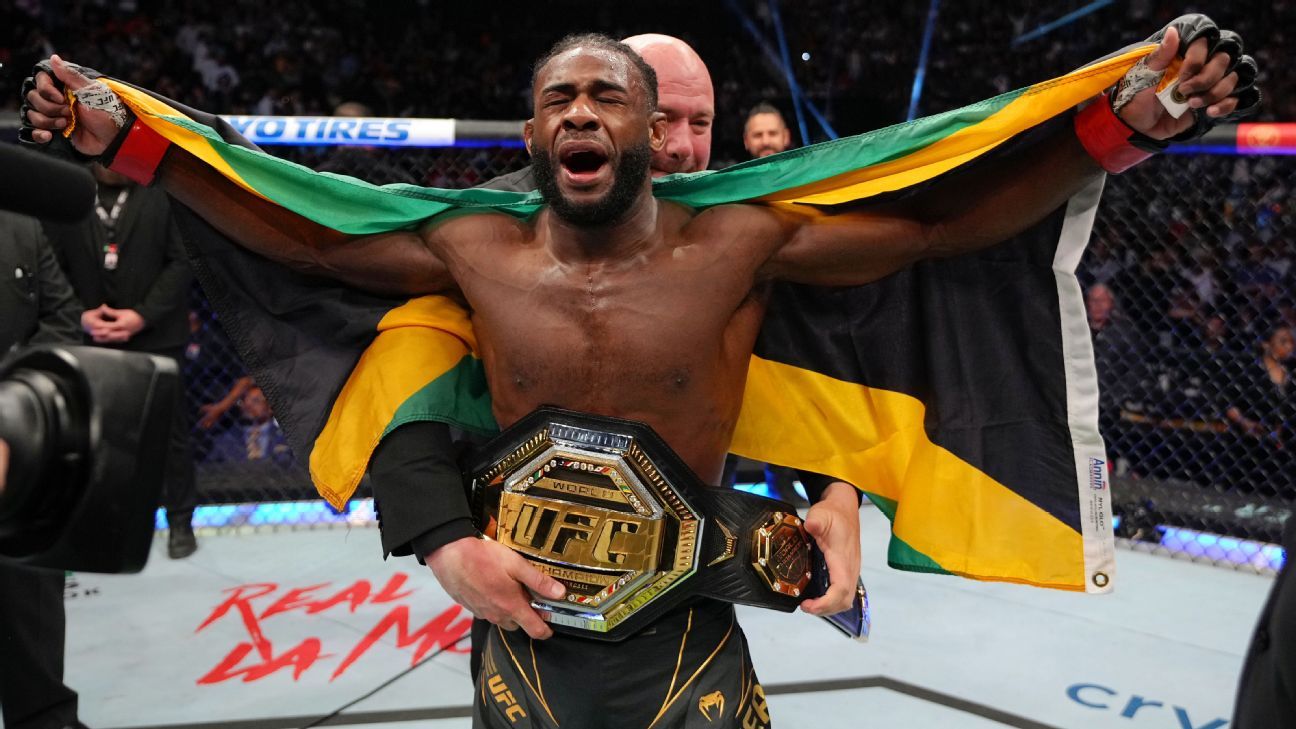 The UFC is moving a bantamweight title fight between defending champion Aljamain Sterling and TJ Dillashaw to the co-main event slot of UFC 280 on Oct. 22, multiple sources confirmed to ESPN.

The bout was originally scheduled for UFC 279 on Sept. 10, but the promotion elected to move it to the new date this week. UFC 280 will take place inside Etihad Arena in Abu Dhabi. Yahoo Sports! first reported the change in date.

Sterling (21-3), of New York, will be seeking his second title defense. He won the 135-pound title in controversial fashion in March 2021, when then-champion Petr Yan became the first UFC champion to ever lose his belt via disqualification.

Yan was disqualified in the fourth round of that fight after hitting Sterling with an illegal knee. The UFC booked a rematch in April, which Sterling won via split decision.

For Dillashaw (17-4), it’s an opportunity to close a chapter of his career that began in January 2019, when he received a two-year suspension after testing positive for erythropoietin (EPO). Dillashaw was the reigning bantamweight champ at the time and was forced to relinquish his title due to the suspension.

The 36-year-old returned to competition in July 2021 and defeated Cory Sandhagen in a five-round main event. He suffered a knee injury early in the fight and spent the second half of last year recovering.

A vacant lightweight title fight between Charles Oliveira and Islam Makhachev is scheduled to headline UFC 280.