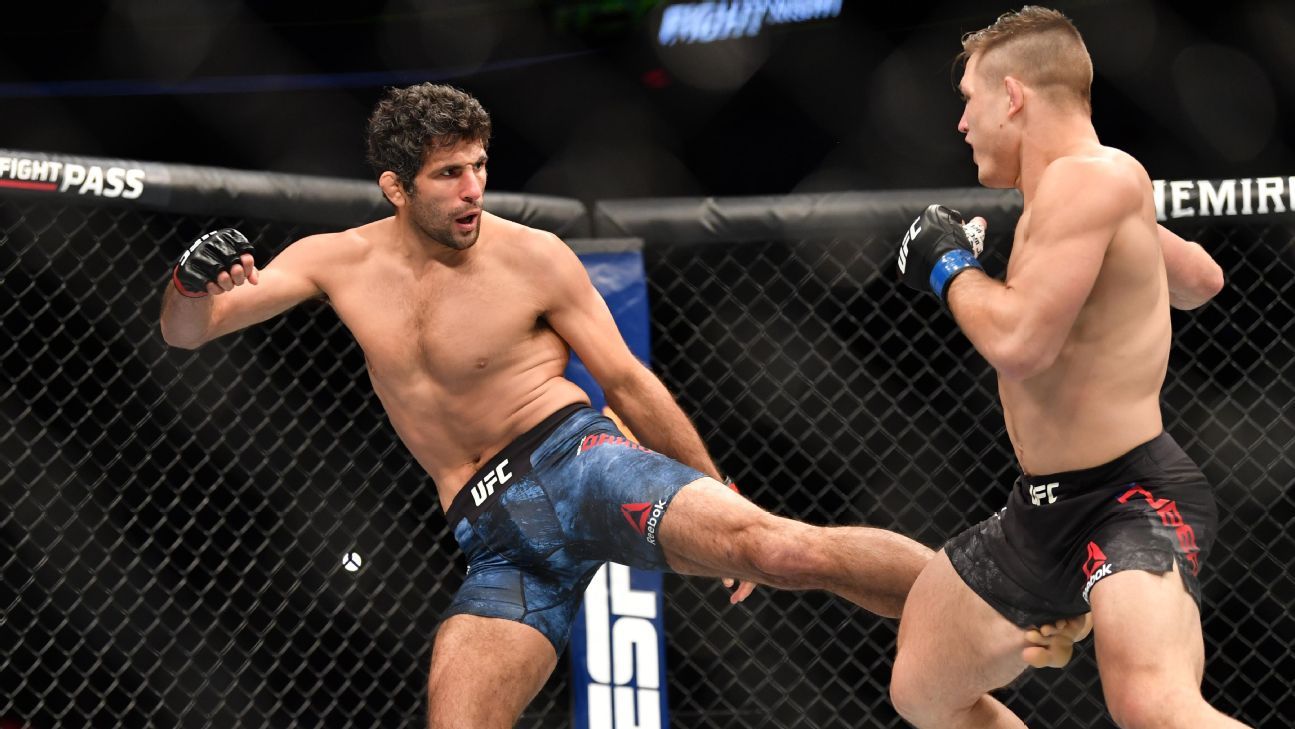 The UFC is finalizing a lightweight bout between Beneil Dariush and Mateusz Gamrot for October.

Dariush (21-4-1) has been trying to figure out his next move ever since an ankle injury forced him out of a high-profile bout against Islam Makhachev in February. The UFC initially looked at rebooking that matchup, but Makhachev has since signed on to fight Charles Oliveira for the vacant title in the UFC 280 main event.

In a statement to ESPN, Dariush said he believes this new matchup should determine who fights the winner of that main event.

“This is the No. 1 contender fight,” said Dariush, 33, who was born in Iran and fights out of California. “Winner gets to fight for the belt. I’m definitely happy with this matchup. I just want to fight the best.”

Gamrot (21-1) certainly qualifies as one of the best lightweights in the world. The Polish fighter is coming off a close, five-round decision win against another surging contender in Arman Tsarukyan last month. Gamrot, 31, is riding a four-fight win streak, including finishes over Scott Holtzman, Jeremy Stephens and Diego Ferreira.

According to the official UFC rankings, Dariush and Gamrot are the Nos. 6 and 9 lightweights in the division, respectively.