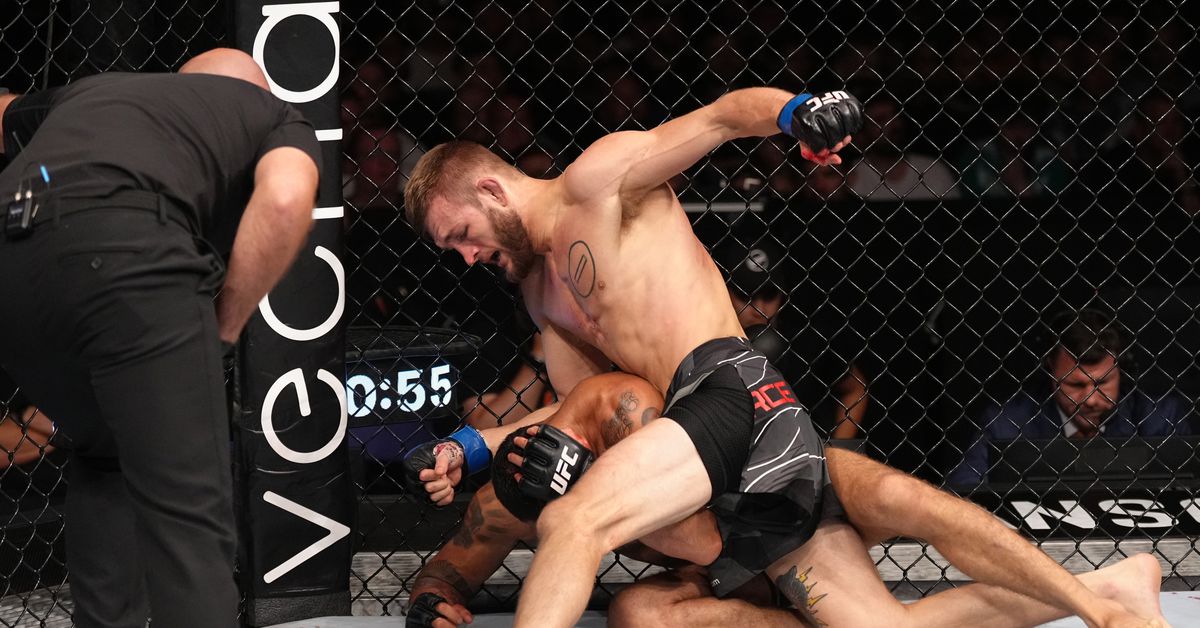 Jonathan Pearce took Makwan Amirkhani past the point of no return.

On the preliminary portion of UFC London on Saturday, Pearce scored the first finish of the night with an overwhelming performance against featherweight veteran Amirkhani. “JSP” stifled Amirkhani’s attempt at a fast start early on, then took over in Round 2 to record a ground-and-pound TKO.

Pearce was the visibly fresher fighter after the opening five minutes and he cranked up the pressure in Round 2. Amirkhani could never get his wrestling game going as Pearce dominated the scramble situations. With less than a minute remaining in the second round, Johnson had Amirkhani stuck against the fence and he poured on the ground strikes, forcing the stoppage at the 4:10 mark of the period.

With the win, Pearce (13-4) has now won four straight since losing in a lightweight bout in his UFC debut. Overall, he has won nine of his past 10 fights.

Amirkhani (17-8) was coming off of a fast submission of Mike Grundy at the UFC’s visit to London this past March, but has now lost four of his past five fights.