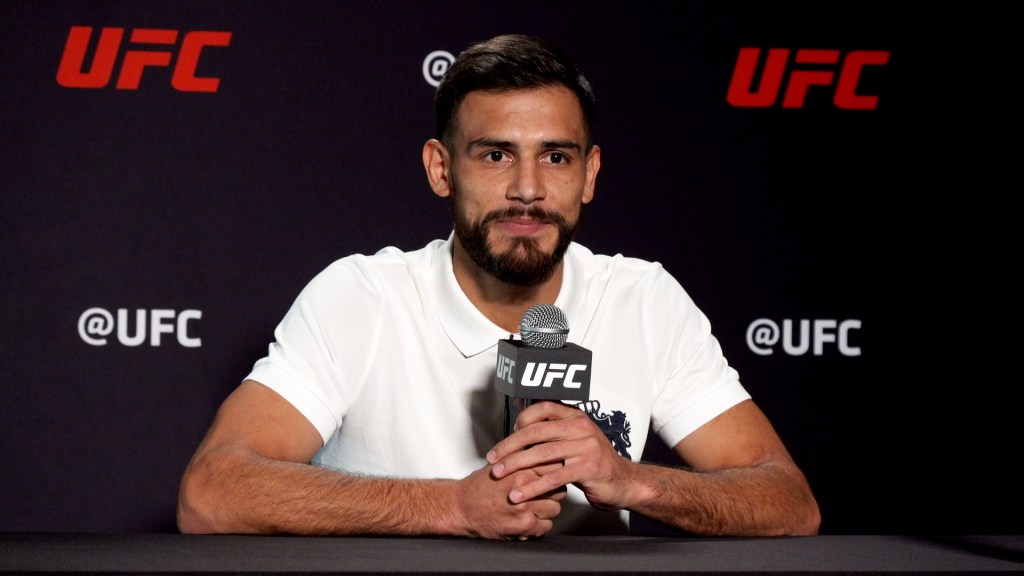 Yair Rodriguez respects Alexander Volkanovski, but he doesn’t favor him to become champion at 155 pounds.

Rodriguez (14-3 MMA, 9-2 UFC) believes the size difference will be a factor for Volkanovski, as well as the level itself seen at 155 pounds.

“I think a fight for him at 155 pounds could be good, but the fighters are still going to be very big for his stature,” Rodriguez told MMA Junkie in Spanish. “I’m not saying size is everything, but the level of fighters like Islam Makhachev and Charles Oliveira, I think they’re very high ranking and caliber and I don’t think they’ll have too many issues fighting Volkanovski, and I say that with all the respect to the champion because he’s really good. But I do think whoever wins the belt at lightweight will have better chances than Volkanovski.”

Rodriguez, who’s regarded as one of the top contenders at featherweight, is looking to get the next shot at the champion. He hopes Volkanovksi fights him first instead of moving up to lightweight.

Rodriguez has high regard for Volkanovski and sees him as one of the best fighters in the UFC regardless of weight class.

“Yeah, I do think he’s one of the best fighters today pound-for-pound given what he’s shown, but that’s what I want,” Rodriguez said. “I want him to win more records, more things. I want him to be better than yesterday, so the day that I fight him I and I beat, I can automatically get some of that. That’s what I’m here for. At the end of the day, that’s what you’re looking for.”