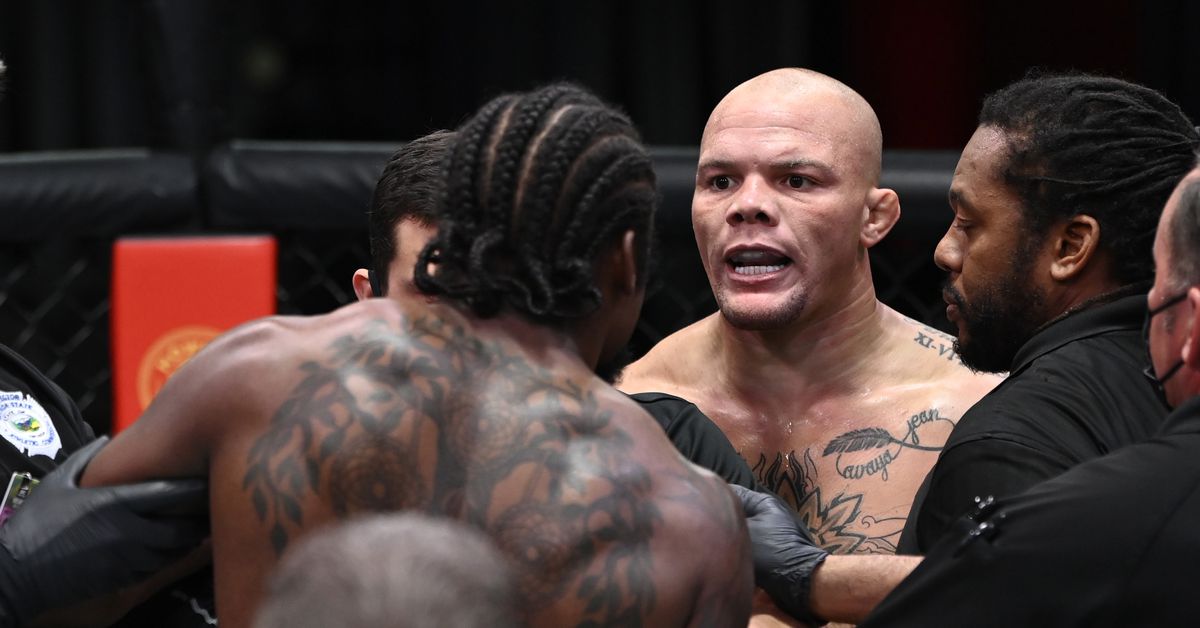 There’s a reason Jiri Prochazka vs. Glover Teixeira 2 is not first up in the UFC’s light heavyweight plans, according to Anthony Smith.

Although ex-champ Teixeira is campaigning for a chance to make things right after a strategic error in the UFC 275 thriller, Smith believes the promotion wants to see how he does against Magomed Ankalaev before pulling the trigger.

“[UFC President] Dana [White’s] already said that this is the No. 1 contender fight, so the winner gets a title shot, and I think the fact that they haven’t re-booked Glover and Jiri – or Jan Blachowicz vs. Jiri, I think that’s them waiting what happens with Ankalaev and I,” Smith told MMA Fighting. “If we have a stinker and it sucks, I think they’ll slide one of those guys in. But if I think we go out and do what Ankalaev and I can do, I think the winner of this fight gets a title shot no matter what.

“Listen, Ankalaev gets in boring fights, but I don’t. I’ve been in one boring fight out of 50. I don’t suspect there’s going to be too many more of those.”

Smith, of course, is referring to a snoozer in his lone bid for the light heavyweight belt held by Jon Jones; their UFC 235 headliner ended in a lopsided loss.

Since then, Smith’s downs in the octagon have been replaced by ups – he’s won three straight, all by first-round finish. That’s contrasted by three straight decision wins from Ankalaev including back-to-back triumphs over one-time title challengers Volkan Oezdemir and Thiago Santos.

Earlier in his career, Ankalaev was a finishing machine with stoppages in four of five appearances following a debut loss to Paul Craig.

“I love the style matchup,” Smith said of the Dagestani light-heavy. “I think it’s really tailor-made for me.”

Smith also knows that when it comes to excitement, it’s hard to compete with Prochazka and Teixeira’s “Fight of the Year” candidate.

“As far as meaningful title fights, it’s not up there at all, as far as the historical value and things like that,” Smith said. “As far as just pure excitement watching it, I don’t think there’s a close second right now.”

Dominick Cruz Has No Clue Why Chito Vera Is Mad At Him – MMA Fighting
Watch: The Top Finishes From UFC San Diego Fighters (Preview)
Midnight Mania! Not Arrogant Khabib Believes Pressure Getting To Oliveira
UFC on ESPN 41 video: Hear from each winner and guests backstage
Yazmin Jauregui reveals what Dana White told her after stellar UFC San Diego debut