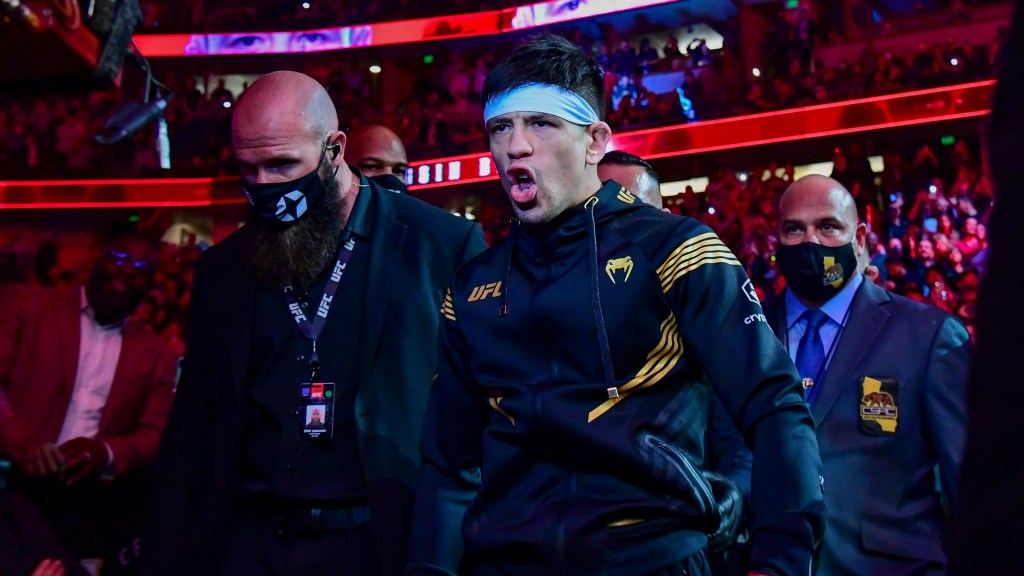 Brandon Moreno has one goal for his UFC return: Stop Kai Kara-France.

The former flyweight champion returns to the cage this Saturday in the co-main event of UFC 277 in Dallas. Moreno (19-5-2 MMA, 7-2-2 UFC) takes on New Zealand’s Kara-France (24-9 MMA, 7-2 UFC) in a five-round championship bout for the interim 125-pound title as champion Deiveson Figueiredo recovers from a hand injury.

Moreno and Kara-France have history. They’ve already fought once, clashing in December 2019 at UFC 245. The Mexican star bested Kara-France in a striking battle that was ruled a unanimous decision.

Now, almost three years later, Moreno wants to replicate what he did at UFC 245, but this time he doesn’t want to rely on the judges.

“I have tons of respect for Kai, but that doesn’t mean I don’t want to rip his head off,” Moreno told MMA Junkie in Spanish.  “I mean, I want to rip his head off. I know I can do it, and I know I will do it. That’s already established. That’s very clear in my head that that’s happening. I have a lot of respect for him, but I’m going to win. There’s nothing in my mind and this world that tells me that I’m not going to win.”

The win over Kara-France in 2019 sparked a historic run for Moreno. “The Assassin Baby” went on to win two more bouts and challenge for the UFC flyweight title. He fought to a draw against champ Figueiredo, but then stopped the Brazilian in the rematch to become the first Mexico-born champion in UFC history.

Looking to get his belt back after losing it to Figueiredo in the trilogy bout in January, Moreno believes this bout against Kara-France is a good test to show how far he’s come.

“This is a good measurement to see how much I’ve improved and evolved in my game,” Moreno said. “The last fight was a decision, but I have the objective to get a finish in this second one. I don’t know how or what round, but I know I have the ability to stop him.

“I just need to be very smart, very patient, be very careful with his right hand, and utilize my game and have all the confidence in the world. … I think this fight lends itself for me to let my hands go. Last fight was a decision, and I think if I stop him this time around, that’s proof that Brandon Moreno has made the most of these years.”