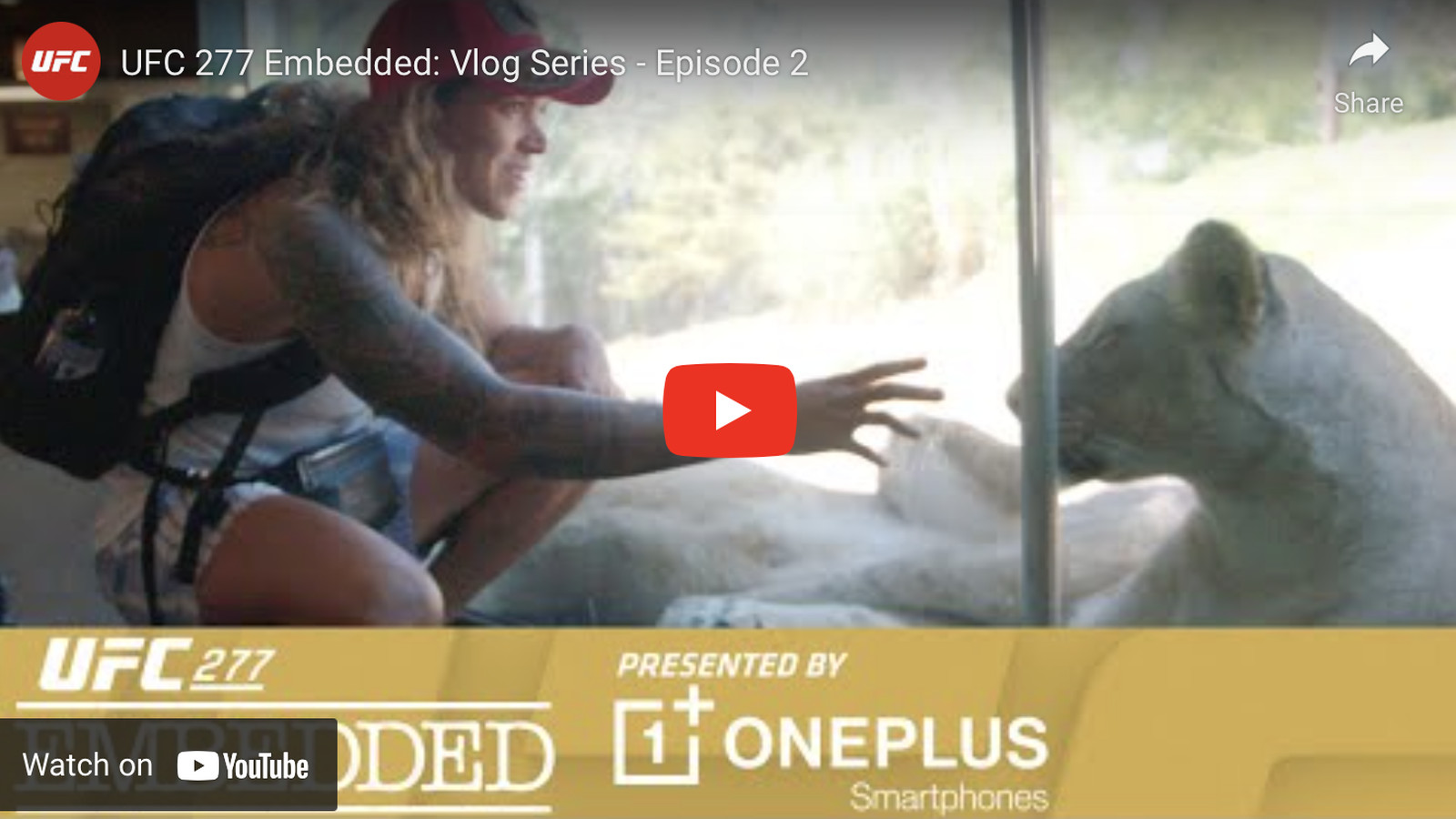 To help get fans amped for this weekend’s big shebang, co-headlined by the flyweight interim title fight between top contenders Brandon Moreno and Kai Kara France, the promotion is rolling out another round of “Embedded” video blogs shining a spotlight on the main and co-main events. And if family outings to the Dallas Zoo are your cup of tea — minus the smell of elephant shit — then I’m happy to report you will be thrilled to watch Episode 2 (embedded above).

Check out the first episode embedded below:

Elsewhere on the UFC 277 fight card, hometown hero Derrick Lewis returns in a heavyweight battle opposite Russian bruiser Sergei Pavlovich. In addition, light heavyweight contenders Anthony Smith and Magomed Ankalaev try to secure their place among the light heavyweight elite (and a chance at the next 205-pound title shot) not long before Alexandre Pantoja and Alex Perez settle their differences at 125 pounds.

Remember that MMAmania.com will deliver LIVE round-by-round, blow-by-blow coverage of the entire UFC 277 fight card right here, starting with the early ESPN+ “Prelims” matches online, which are scheduled to begin at 6 p.m. ET, then the remaining undercard balance on ABC/ESPN+ at 8 p.m. ET, before the PPV main card start time at 10 p.m. ET on ESPN+ PPV.

To check out the latest and greatest UFC 277: “Pena vs. Nunes 2” news and notes be sure to hit up our comprehensive event archive right here. For the complete UFC 277 fight card and PPV lineup click here.