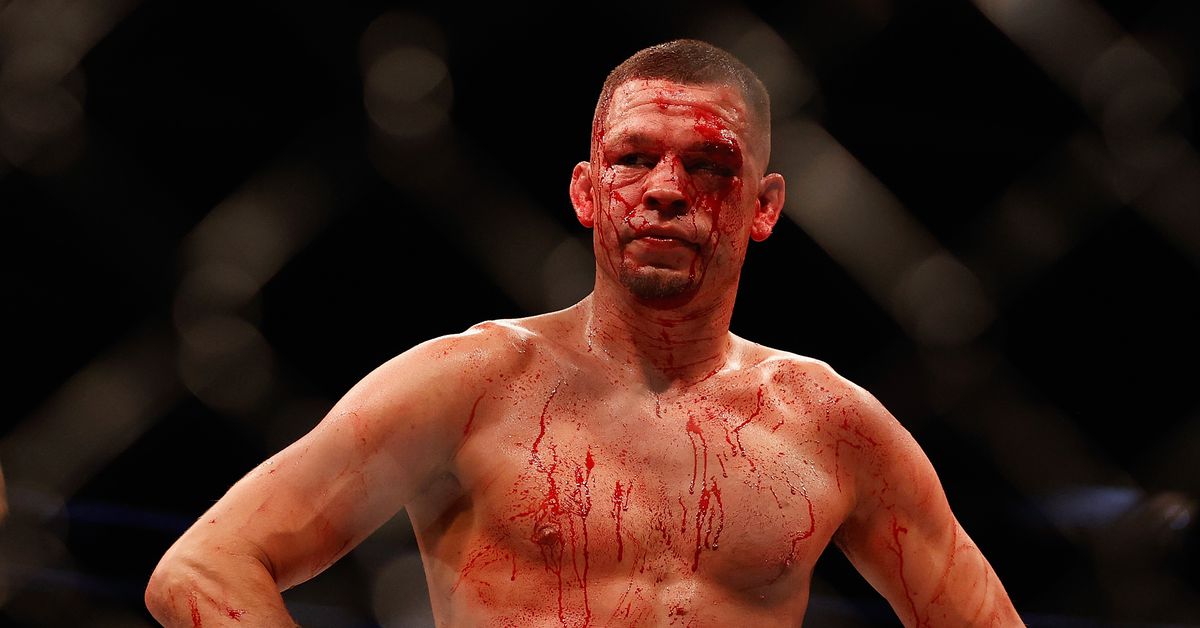 By and large, the MMA world was not terribly excited by the announcement of UFC 279’s headlining match, Nate Diaz vs. Khamzat Chimaev. Chimaev is an absolutely massive favorite due to the simple facts that he’s a nightmarish match up for Diaz, the bigger and stronger man, and over a decade younger. The fight also just doesn’t make that much sense given Diaz’s unranked position, whereas “Borz” is closing in on a title shot and has admitted he doesn’t even need the fight for his career.

To many, it sure feels like UFC just wants to end Diaz’s 14-year employment with a loss. UFC President Dana White has dismissed that idea as a falsehood perpetuated by “f—king morons,” yet the sentiment remains.

A surprising source of criticism is Leon Edwards, who recently addressed the match up at a media scrum in London. Despite having fairly recently battered Diaz himself (barring a moment of boredom), Edwards argues that the promotion messed up by not giving Diaz a more reasonable match up.

“If I had to put money on it I’d probably go Khamzat – but I’d love Nate to get it done,” Edwards said (via MMAJunkie). “He’s done so much for the company and I wish they gave him a veteran, a nice fight to bow out to. To give an up-and-coming guy that’s had four or five fights in the UFC, and a wrestler guy as well – I think they f—ked up. They should’ve gave him a better fight. But I would love Nate to get it done. But as I said, if I’m a betting man I’d probably go with Khamzat.”

Though Edwards wishes Diaz well in his future endeavors, “Rocky” his bigger things to focus on. The English athlete is scheduled to rematch Kamaru Usman for the Welterweight title at UFC 278 on Aug. 20, an opportunity Edwards has been chasing for a very long time.

How are we feeling about Cub Swanson’s Bantamweight move? Seems unnecessary at this stage of his career, but what do I know!

The trash talk between Molly McCann and Miranda Maverick is getting spicy.

Stefan Struve’s new career in broadcasting is presenting some problems, but “Skyscraper” is willing to work through ‘em!

An important reminder from Jack Slack to think before you retweet.

I’m still not over Matthew McConaughey cornering a guy against a 1-36 opponent in Tennessee last night https://t.co/ekBtBHWpan

You don’t have to be a big Paddy fan to appreciate his post-fight speech.

The world is a better place when Teruto Ishihara is winning fights. Also, I can say from experience that Teru is one of the scariest men I’ve ever sparred to actually try to punch. His ability to intercept with that left is topnotch, and getting bonked with it sucks.

As back mount becomes more and more important in modern MMA, hopefully we see more varied finishes from there.

Midnight Music: One of the GOATs.