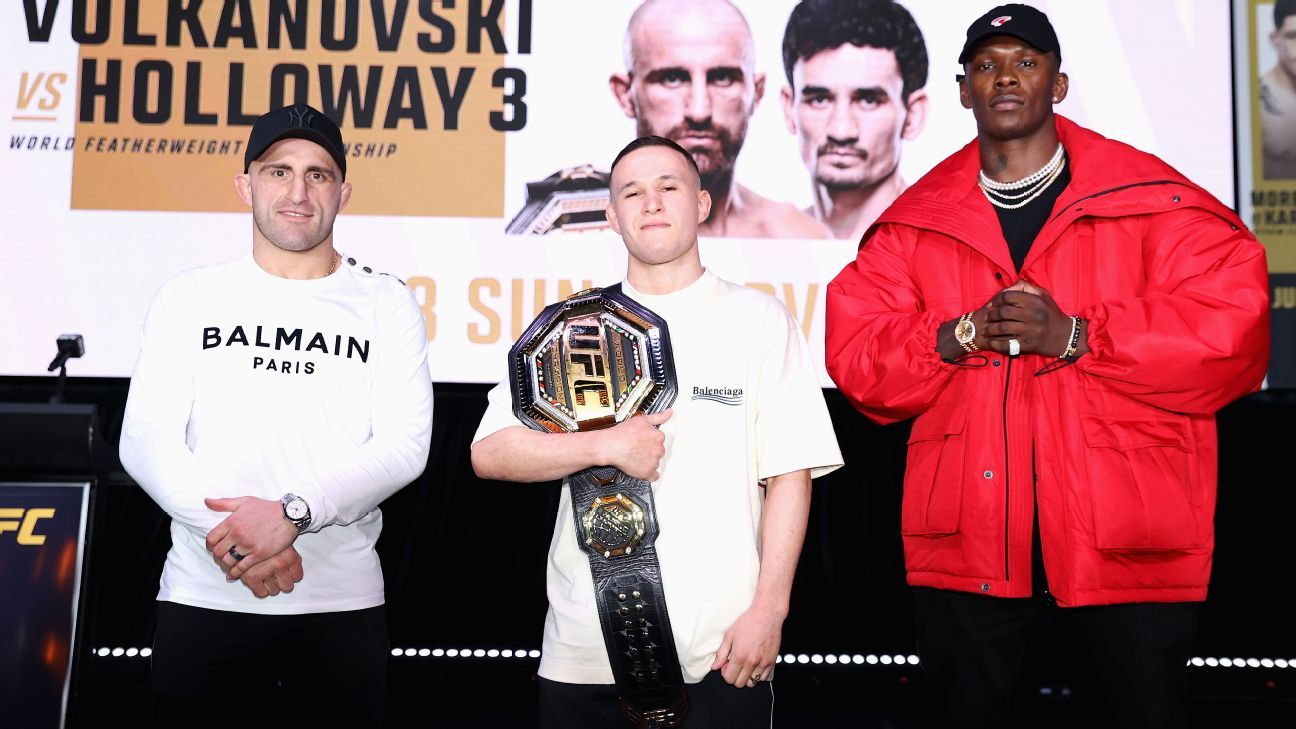 KAI KARA-FRANCE WAS staying at the SO/Auckland hotel in New Zealand in the fall of 2020. The New Zealander had to quarantine there for two weeks after returning from UFC 253 in Abu Dhabi in the United Arab Emirates.

That was the reality for fighters from Australia and New Zealand for much of the COVID-19 pandemic until the end of last year. Once they returned to their country following a competition, they had to go from the airport to a hotel room, where they were to remain for 14 days without seeing their families — or anyone else.

On this particular occasion, Kara-France’s isolation took a dark turn. A week into his quarantine, on Oct. 11, 2020, a woman accidentally fell to her death from a balcony in the building across from his. The tragedy occurred at 3:30 a.m., with the heinous sounds of the aftermath jolting Kara-France from sleep.

“I was woken up by screams,” Kara-France said. “I still remember the screams. They were like deafening.”

Prior to the incident, Kara-France says he was already working out some mental health issues. He was coming off a submission loss to Brandon Royval that halted his ascent in the UFC flyweight division and had spent nearly five weeks away from his then-newborn son Cobi. Kara-France is still haunted by what he heard that morning and he still has a fear of balconies. But witnessing the tragedy also helped him find a new perspective.

Amanda Nunes will try to recapture the UFC bantamweight title against Julliana Peña, and Brandon Moreno and Kai Kara-France fight for the interim flyweight title.

“It just made you realize how fragile life is and how you have to make the most of every moment and just cherish everything you have,” said Kara-France, who still had to remain in that hotel room for seven more days with teammate Mike Mathetha.

When Kara-France finally returned to his home, which was only 15 minutes away from the hotel, he immediately proposed to his longtime significant other, Chardae. And then, Kara-France got back to the gym, vowing not to let the negative dictate his future.

Kara-France has not lost since, navigating the travel issues and other quarantines that came with being from his part of the world, en route to three straight wins. On Saturday, he will face former flyweight champion Brandon Moreno for the interim UFC flyweight belt in the co-main event of UFC 277 in Dallas (10 p.m. ET on ESPN+ PPV). The winner will be queued up to face champ Deiveson Figueiredo.

And when Kara-France steps into the Octagon this weekend, he’ll be the third City Kickboxing product to compete in a title fight this month. At UFC 276 on July 2, Israel Adesanya defended his middleweight title and Alexander Volkanovski successfully retained his featherweight title. No single team has had three UFC title victories in a calendar month — a potential feat made all the more impressive by the struggles Kara-France and other Oceania fighters have dealt with during the pandemic. From quarantines to travel voucher mishaps to the gym itself being closed.

“This little spot in the world,” Adesanya said after UFC 276. “[There could be] three champions in the biggest combat sports league on the f—ing planet right now. How amazing is that?”

EUGENE BAREMAN HAD some concerns about Kara-France, one of his star pupils. Kara-France was scheduled for the biggest fight of his career on Dec. 11, 2021, against former bantamweight champion Cody Garbrandt at UFC 269. And Bareman was not going to be able to be in his corner.

If Bareman didn’t leave the United States to return to New Zealand in early December, the time allocated for him by the country’s voucher system, then it would have been unclear when he’d be able to return. There was a chance he might have missed the holidays stuck in the States, away from his five children.

On previous occasions when Bareman could not corner him, Kara-France chose to pass up the fight. Not this time.

“Funnily enough, he was all over it,” Bareman said. “I explained to him the situation and without hesitation, he was like, ‘That’s fine. Whoever takes me, I’m gonna be in good hands.’… Kai’s maturing in the sport and him just believing in himself a little bit more. The way that he should.”

With coaches Frank Hickman, nutritionist Jordan Sullivan and UFC teammate Dan Hooker in his corner, Kara-France beat Garbrandt via TKO in the first round. It was a milestone victory for the Kiwi. Kara-France took the fight without knowing when he’d be able to enter back into New Zealand, but he did get to spend the holidays in Las Vegas with Chardae and Cobi, who traveled to the U.S. for the fight.

Kara-France and his family traveled back to New Zealand in early January. This time, a 10-day quarantine in another hotel room awaited them.

No one knows quarantines like Bareman, who spent 22 weeks isolated in a hotel room between March 2020 and the end of 2021. That’s more than five months total in an enclosed space without being able to leave. Bareman said he did a lot of reading, watching fights, studying online instructional MMA videos and FaceTiming his family during those long stretches.

“I literally was going crazy,” Bareman said. “On some of them, it was very, very difficult.”

Adesanya, Volkanovski and Kara-France have lauded Bareman’s commitment. He was back in Kara-France’s corner at UFC Columbus in March for a fight with Askar Askarov. But that fight presented unique challenges.

Kara-France had a staph infection leading up to the bout. Then, he had difficulty finding antibiotics before embarking on a 30-hour journey from New Zealand to Ohio, with stops in Los Angeles and Chicago.

The long flights and quarantines had seemingly become the norm during the pandemic. But fighters out of Oceania had even more restrictions to overcome. City Kickboxing was closed for four months. With the gym being closed, Volkanovski, who lives in Australia, had to wait until his UFC 276 training camp in July for the Max Holloway trilogy fight to make his return to the gym. Volkanovski’s gym near his home in Sydney, Freestyle Fighting, where he trains under coach Joe Lopez, was shut down during the pandemic.

“It was easy to have an excuse not to train during the pandemic,” Volkanovski said. “It was easy to sit there and be like, ‘I’m not gonna train — I’m not allowed.’ Everything is pointing to not training and they would use that as an excuse. And then you’ve got guys like us, teams like ours. We’re gonna find what works.”

Kara-France believes all the woes that City Kickboxing dealt with during the pandemic have represented an advantage in some ways.

“It gives us an edge, just being there for fight week,” Kara-France said. “Sometimes, miracles have to happen, or things have to align and that’s just to get to fight week.

“We don’t take it for granted. Just to be there, it lights a fire underneath us.”

ADESANYA, VOLKANOVSKI AND KARA-FRANCE attended a media day in Sydney on June 21, before Adesanya and Volkanovski flew to Vegas for UFC 276. The three posed for a photo op, Kara-France in the middle with Volkanovski and Adesanya flanking him.

While the photographers were snapping away, Volkanovski leaned over to Kara-France and asked him if he wanted to hold the UFC title. Kara-France accepted, put the belt gently over his right shoulder, and kissed it.

“He grabbed it and you can see him soak it up,” Volkanovski said. “He was picturing it, feeling it. Getting himself ready.”

None of what has transpired is a surprise to Kara-France or his teammates. Volkanovski met Kara-France in Thailand eight years ago, before the two even started training at City Kickboxing. They were part of a group, including Adesanya, which bonded and told each other that one day they would be among the best in the world in MMA.

Very few outside of their circle would have believed that at the time because Oceania was not exactly a hotbed for MMA then.

“We’ve been part of this sort of little crew that have been hanging out with each other, training together and traveling the world together,” Volkanovski said. “And just watching us move through, when we say this is all written we truly do believe that.”

At one time, Volkanovski said, he was told by outsiders that he had to go to the United States to achieve his MMA goals. Now, fighters worldwide inquire about coming to City Kickboxing, hoping to find out exactly what they are doing there that works so well.

Bareman keeps those secrets close to the vest. His fighters talk mostly in vague generalities about the experience and understanding the game within the game. When pressed, Bareman reveals that one of the main ingredients at City Kickboxing is feinting, or faking strikes, to manipulate opponents into doing what you want. Bareman’s theory is that strikes succeed or fail depending on the fighters’ actions before the strike is even thrown.

“We thought that [feinting] wasn’t a highly utilized and refined area of the sport of MMA,” Bareman said of feints. “Funnily enough, we thought it was one of the biggest parts of boxing. But for some reason it wasn’t necessarily carried over. The importance of it wasn’t emphasized in MMA. That’s the obvious one.”

Volkanovski said he sees new confidence in Kara-France, a unique wavelength that he’s on, not unlike the one Volkanovski and Adesanya are riding.

“You can just see the timing and his eye and his defense and all that type of stuff, everything is just on point,” Volkanovski said. “He’s firing on all cylinders.”

Kara-France said Bareman, his teammates, other coaches and a sports psychologist were significant in helping him emotionally manage witnessing that tragic death from an Auckland hotel room. Most of the City Kickboxing team were inside the hotel that day, though they couldn’t hear the screams as audibly compared to Kara-France and Mathetha because they were on higher floors.

“That was definitely a shock,” Kara-France said. “I couldn’t leave my room. Nothing could distract me from it. All I could hear was the screams. It was pretty rough having to deal with that.”

City Kickboxing dealt with tragedy again last year when their teammate Fau Vake died after being attacked by multiple men on an Auckland street. In many ways, the fighters said, his death brought them closer together. Vake’s brothers still train with the team.

“When we step into the gym, it’s more like church,” Kara-France said. “It’s more sacred. We have teammates that aren’t here anymore that we’re doing it for now.”

The past few years have been filled with tribulation for the team, from Vake’s death to the myriad of COVID-19 issues. Yet the correlation inside the cage has been nothing but success. City Kickboxing, a group representing a country with fewer people than New York City, has two UFC champions.

On Saturday, Kara-France has a chance to be No. 3. He got a tiny taste of what that might feel like while holding Volkanovski’s belt in June.

“It just felt like destiny,” Kara-France said. “This is everything that I worked towards and it’s all right there. All I have to do is keep my head down and it’s all gonna happen.”