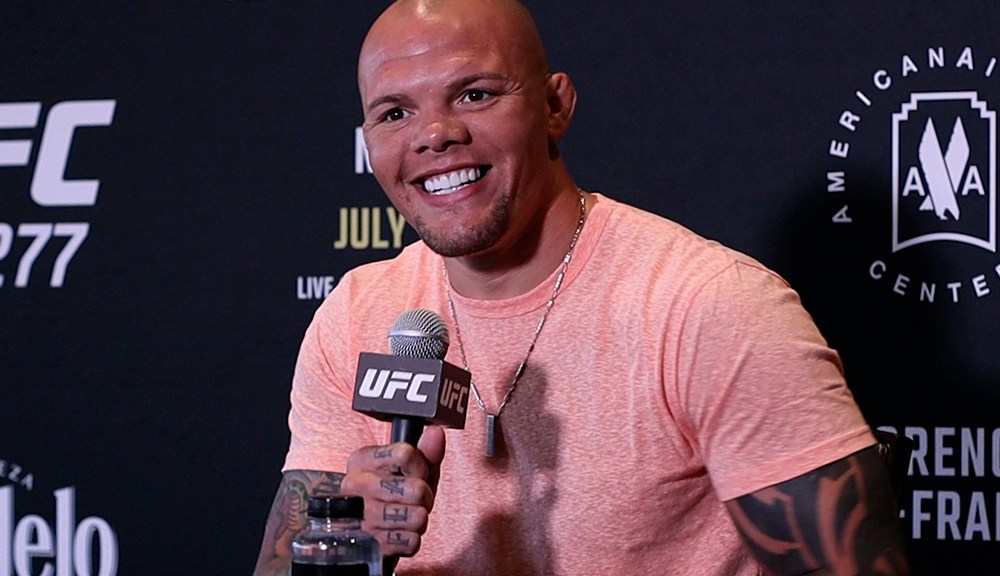 DALLAS – Anthony Smith has respect for UFC 277 opponent Magomed Ankalaev,, but at the same time he doesn’t really understand the level of hype surrounding him.

“I guess my question is, ‘What are they seeing that I don’t?’” Smith told MMA Junkie and other reporters during Wednesday’s media day. “He is good. He is very, very good. I want to be very clear about that. I don’t for a second discredit his skills in the cage. I just don’t see anything super special. You don’t have to be super special to win fights at the highest level. Basics win fights, and he’s very, very basic. His approach is very simple. He makes no mistakes. He’s never out of position, but he doesn’t always necessarily do a lot to make a lot of mistakes.

“A guy like that, you’ve got to get him outside of his box. The mistakes are going to be made when he’s panicking, trying to get back in his box. I think that’s what I do best. Do you know what I mean? I create chaos. I get people out of their comfort zone. I take them to places they don’t like to be. To be fair, I don’t necessarily like being there. But that’s where I’m the most successful. We’ve got to do it anyway. I just think he’s shutting people down, and I think that’s really nerve-racking for a lot of the guys in the division. I just couldn’t care less. I’m going to go in there and do my thing. I can fairly confidently say we’re going to see Ankalaev in a way that we’ve never seen him before.”

One bout in particular has Smith convinced those heavily doubting him are wrong. In March 2018, Anakalaev made his promotional debut in what is his only professional loss to date. In the final second of the third round, Ankalaev tapped to a triangle submission from Paul Craig. Knowing that, Smith can’t shake the feeling Ankalaev’s reputation as a cold-blooded killer is faulty.

“He’s not super active (on top),” Smith said. “I think, even less so, since the Paul Craig thing, just because I think he got a little bit outside of himself and got a little bit overconfident and got himself caught. That said, I have a lot of respect for Paul Craig. I hope if Paul Craig sees this, he doesn’t take this as disrespect. For what everyone expects Ankalaev to do to me, it’s very shocking that Paul Craig was still around in the third round to be able to do that. I don’t mean that in a negative way for Paul. They’re talking about him like he’s the second coming of Jesus, and he’s going to rip my head off my shoulders and feed it to the crowd. That’s not a guy that should have Paul Craig hanging around for 15 minutes. Do you know what I mean?

“He was in a lackluster, I don’t know. It wasn’t a super exciting (fight) vs. Thiago Santos. He managed to make a guy like Thiago Santos worry. It takes a special individual to do that. I don’t for a second discredit the things he was able to do. I’m also not of the belief Thiago Santos is the same guy we’re used to seeing. I don’t know, man. Maybe I’ll figure it out on Saturday night. We’ll see. As of right now, I just don’t see it.”

Whether this is a title eliminator or just a top-tier contender fight, Smith recognizes the bout is vitally important with a lot at stake. If he wins, Smith thinks he should be next in line for UFC light heavyweight champion Jiri Prochazka – but there is one exception.

“I think this is the one where it’s good enough for a title shot,” Smith said. “I do. I don’t want to continue to sound like I’m sh*tting on Jan Blachowicz, but like, he’s coming off a loss from the title and then not a fight you can necessarily call a win. Was it a win? For sure. Did he beat him? I don’t even think Jan would say that. If Glover gets the rematch, I would have to yield because I have so much respect for Glover. Maybe there’s an argument to be made somewhere there, but I’m not willing to kind of sh*t on Glover to make it. I think that’s the problem. If it’s Glover that they want, then I’ll have to sit there and shut up. Anything else, I’ll argue for a title shot.”

Marlon Vera: ‘I feel I’m the best fighter in the world right now’
Taylor reaches PFL finals with TKO of MacDonald
Dominick Cruz was up on the scorecards when Marlon Vera knocked him out at UFC San Diego
UFC 261: Jorge Masvidal Octagon Interview
UFC on ESPN 41 play-by-play and live results