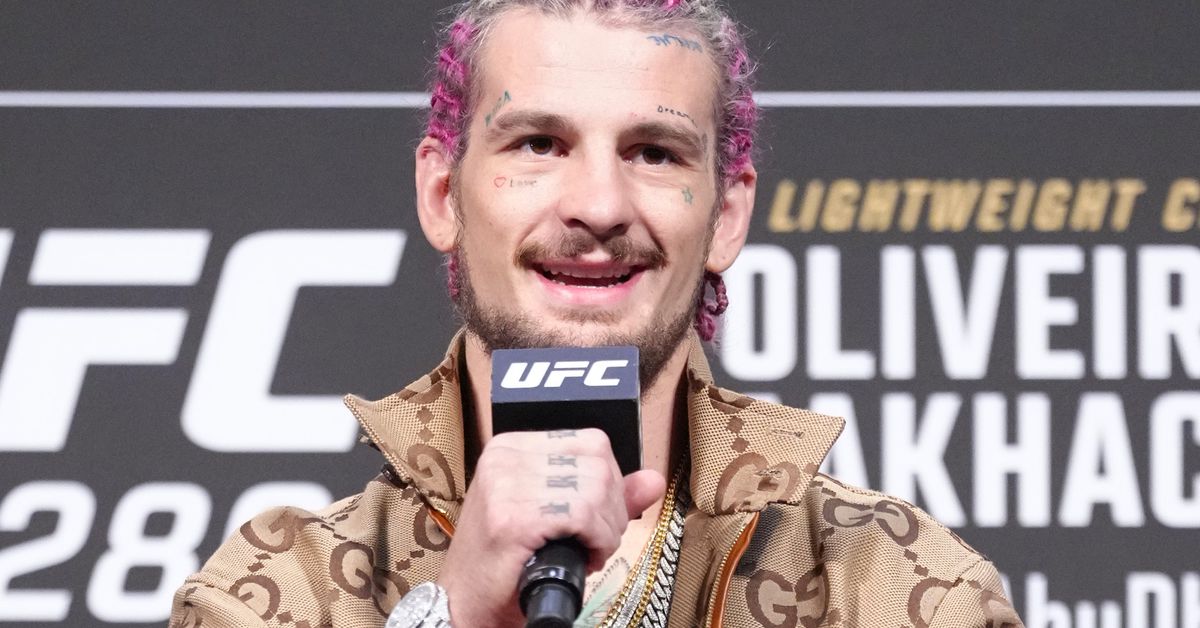 UFC fighter pay remains a consistent topic of debate and discussion. Among the athletes, there are some who back the promotion and its paychecks as fair — like Paddy Pimblett and Michael Chandler — but there’s been more and more criticism as of late too, especially when UFC President Dana White is handing off $250k to random YouTubers.

Historically, one such fighter with complaints is Sean O’Malley. He’s made it clear in the past that he wouldn’t fight top-ranked opposition without a pay bump, but something has changed. “Suga” is now set to scrap vs. Petr Yan at UFC 280 on Oct. 22, and “No Mercy” is a former champion and absolutely elite Bantamweight. Based on his past statements, one would assume that challenge means an extra zero or two for O’Malley.

However, O’Malley recently revealed otherwise on The MMA Hour. Per “Suga,” it was more of a perspective shift than increased paycheck, as he’s now looking at high-profile UFC fights as an avenue to increase his other revenue streams like merchandise.

“I’d say I’m happy with where I’m at in the UFC, with how I’m being paid, how I’m being treated,” O’Malley began. “I’m definitely happy. It’s really been a perspective change in looking at the UFC as more of a platform for me to sell merch.”

This old clip of Kai Kara-France and Petr Yan sparring is circulating the web, but I have to say, looks like normal (albeit very high level) sparring to me.

Khabib is a full-on hype man for Islam Makhachev.

The odds of this fight being boring are incredibly small. Featherweight fun!

Featherweights Hakeem Dawodu (13-2-1) and Julian Erosa (27-9) will square off at #UFC279 on Sept. 10 in Las Vegas, multiple sources tell @Farah_Hannoun and me. Story headed to @MMAjunkie.

From the ELECTRIFYING People’s Elbow to the DEVASTATING People’s Meatbow Its all yours!
Keep kicking ass and having FUN, champ!
Much respect, Mr Rock https://t.co/9lcScMLBMe

Old reference for my real MMA nerds: Y’all remember when Rory MacDonald cut up his hand opening an avocado?

Will posting this garbage get me fired? Hopefully not. It’s quite “weird and wild!”

It sucks for kickboxing fans that GLORY is falling apart, but for us in the MMA world, an influx of talent is rarely a bad thing! Cedric Doumbe is going to destroy people if his defensive grappling is even remotely up to par.

In November of 2021 Cédric Doumbé took just one round to finish his MMA Debut. Denying some takedown attempts in the process, Doumbé defeated his opponent Arbi Emiev with strikes. pic.twitter.com/PEqCCIJKCv