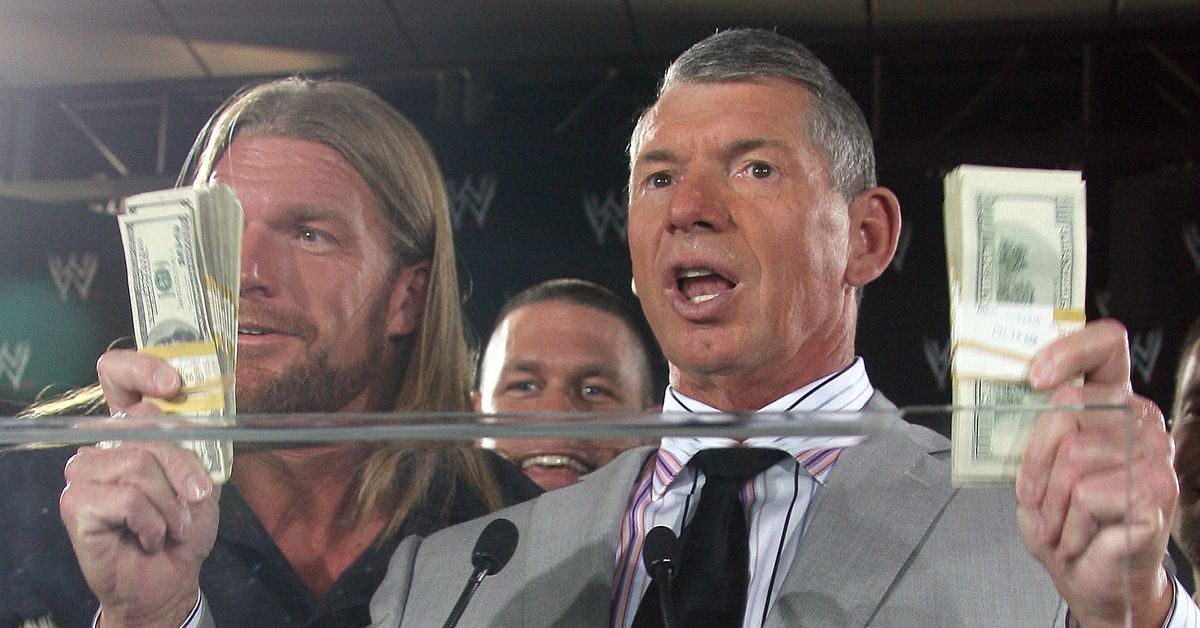 UFC President Dana White flew to New Orleans to watch his old pal (and former women’s bantamweight champion) Ronda Rousey perform in the WrestleMania lineup, with the understanding that WWE officials would hook him up with free tickets.

Instead, the Las Vegas fight boss, a longtime frenemy of the recently-retired Vince McMahon, had to pick up his tickets at will call like a commonplace chump, then do the endless walk of shame to reach his cheap seats in the nosebleed section.

“I fly down to fucking New Orleans,” White recently told the media. “No going in the back and any of that shit, [they said] ‘They’re at the will call window for you.’ I go to the fucking will call window and [they said], ‘We don’t have any tickets for you.’ I call some people, ‘Yeah, we found them. Okay, we’ve got your tickets.’ When I tell you I was in the fucking rafters … people were coming up to me and going, ‘Why are you sitting in these seats?’ I said, ‘This is where they sat me, so fuck them I’m going to sit right here.’ I think it was Pat McAfee today, he said, ‘You had to be in decent seats. You were on camera.’ The cameraman had to fucking crawl over about 75 people, kick somebody out of his fucking seat three rows ahead of me so he could just get that shot. They let me know what they thought of me at that event.”

White found himself on the defense in the wake of a similar situation with one of his own talents, streaking UFC featherweight bruiser Josh Emmett. “The Fighting Falmer” — along with his coach and manager Urijah Faber — blasted the promotion for its treatment of the No. 4-ranked contender, which was later chalked up to a “miscommunication” on both sides.

As for his trip to the WWE PPV, White was hoping for a little more respect.

“When you run an event like you run and you have people that you know that are coming that you give a shit about or respect, you make sure that they are fucking taken care of,” White continued. “So when you show up to an event like that — and this is what I do, this is what I do for a living for the last fucking 23 years — message received. And there’s no hard feelings, I get it. Vince is like that and that’s the way he is. What that guy built and what he’s done is incredible. He’s been doing it for 50-plus years. I watched that stuff as a kid and then to still be here doing it now, he’s phenomenal. He’s a killer. He’s buried the hatchet in my back a few times, but that’s what you’re dealing with. You don’t deal with a killer and not expect him to try to kill you. I’ve got nothing but respect for Vince though.”

White proved that by taking care of the McMahon family at UFC 276.