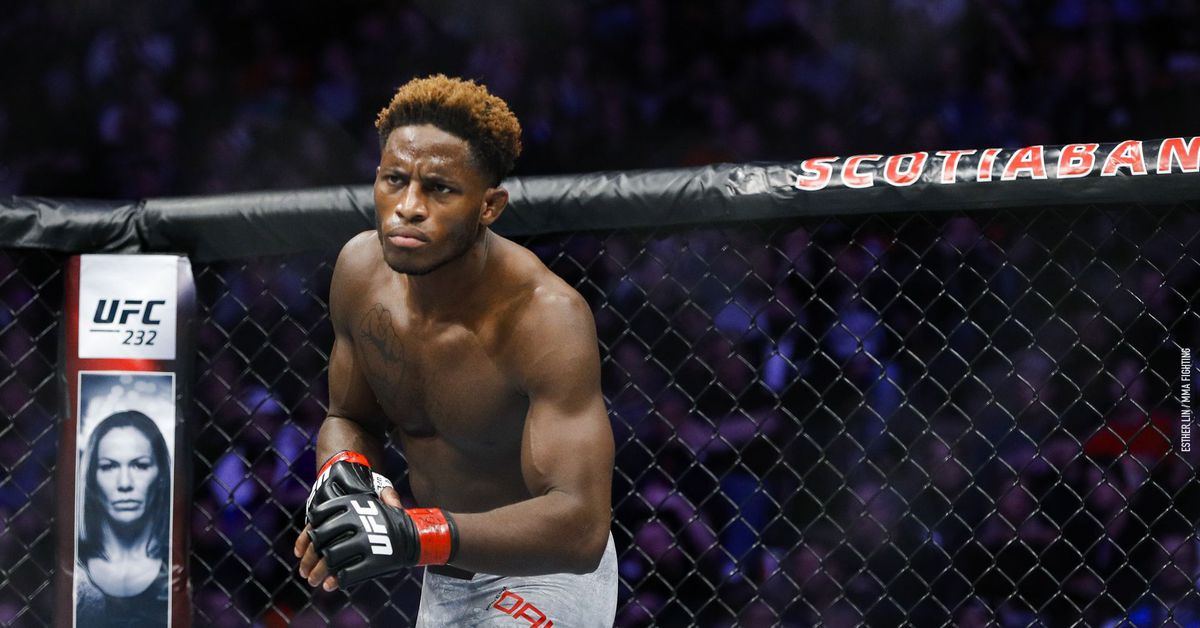 The two will meet at the upcoming Sept. 10 pay-per-view, which takes place at T-Mobile Arena in Las Vegas. Both fighters are coming off of wins and look to climb the rankings with another victory.

Dawodu (13-2-1) has been one of the toughest outs in the featherweight division with six wins in his past seven fights. The Canadian defeated Mike Trizano by unanimous decision in his most recent outing this past February to rebound from a loss to Movsar Evloev. As a pro, he has competed exclusively for the UFC and the former World Series of Fighting (now the PFL).

Erosa (27-9) is coming off of a split decision victory over Steven Peterson. He is 4-1 in his second stint with the UFC, including notable wins over Charles Jourdain and Nate Landwehr.

The matchup was first reported by MMA Junkie.

Collier has competed in three weight classes in the UFC, scoring wins at heavyweight, light heavyweight, and middleweight. In his most recent fight at UFC Vegas 53 this past April, he lost a controversial split decision to former UFC champion Andrei Arlovski.

Since signing with the UFC in 2014, Collier has alternated wins and losses in 11 appearances for the promotion.

A 13-year veteran, Barnett won his first UFC fight at UFC 268 this past November via a spectacular spinning wheel kick against Gian Villante. He lost a decision Martin Buday in his most recent outing, dropping his UFC record to 1-2.

Abusupiyan Magomedov has a new opponent for his UFC debut.

“Abus” now fights Dustin Stoltzfus in a middleweight bout at UFC Paris on Sept. 3 with originally scheduled opponent Makhmud Muradov forced to withdraw due to injury. Magomedov’s team UFD Gym was first to announce the change.

This is the fourth fight booking for Magomedov (24-4-1), who is yet to make his UFC debut. Magomedov has previously competed for KSW and the PFL. He made it to the finals of the PFL’s inaugural middleweight tournament in 2018, but lost to Louis Taylor. That marked Magomedov’s lone loss in his past 13 fights.

Stoltzfus (14-4) makes a quick turnaround after picking up his first UFC win at UFC on ABC 3. After an 0-3 start, Stoltzfus won a unanimous decision over Dwight Grant to snap his skid.

Giagos (19-10) takes on the Frenchman on the Sept. 3 card and looks snap a rare losing streak. In his second stint with the UFC, Giagos has compiled a 4-4 record. He has lost his past two outings in the first round, losing by submission to Thiago Moises and by TKO to Arman Tsarukyan. Prior to those setbacks, Giagos won four of five fights.

Saint Denis (9-1, 1 NC) saw his UFC career get off to an inauspicious start at UFC 267 after losing a one-sided unanimous decision to Elizeu Zaleski in a bout that saw him absorb a frightening amount of damage. He returned to action this past April and defeated Niklas Stolze by second-round submission.

The matchup was first reported by MMA Junkie.