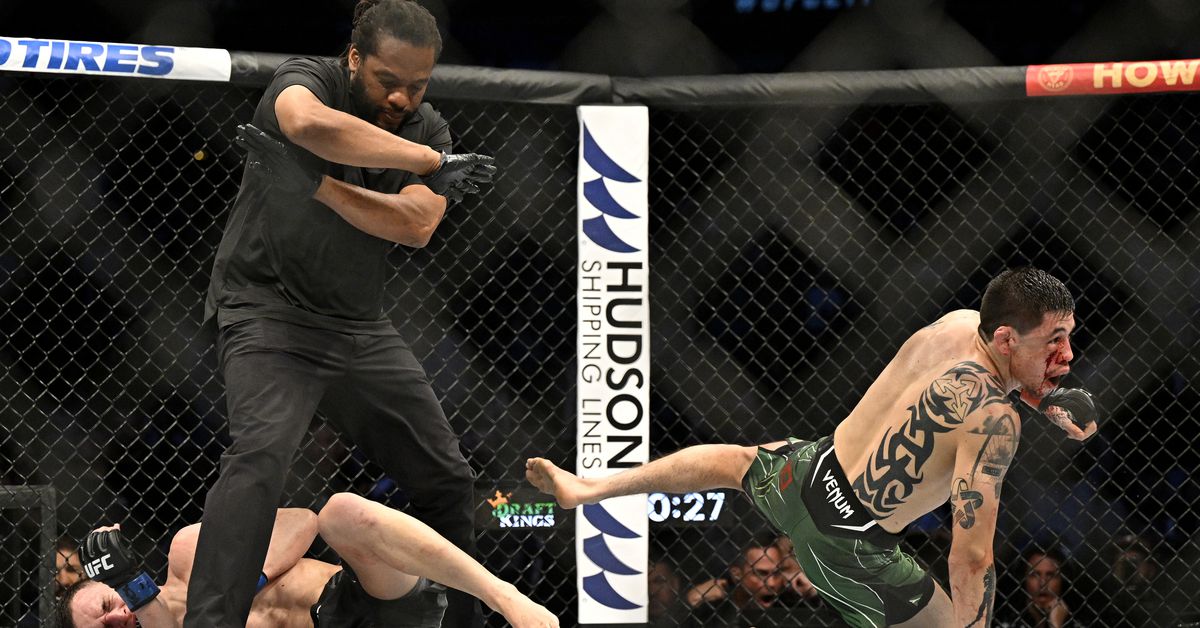 Brandon Moreno and Kai Kara-France each earned $50,000 for their rematch in the co-headliner UFC 277.

The flyweights earned “Fight of the Night” on Saturday, UFC President Dana White announced at the post-fight press conference.

Moreno emerged from the rematch with a third-round TKO courtesy of a body kick that folded Kara-France. Moreno captured the interim flyweight title to set up a title unifier with undisputed champ Deiveson Figueiredo, who met him afterward in the octagon to offer congratulations and the promise of a fourth fight.

There were two other bonuses handed out on Saturday for “Performance of the Night.” Main card finisher Alexandre Pantoja made a huge statement and took home an additional $50,000 by submitting one-time flyweight title challenger Alex Perez. And prelim finisher Drew Dober took home the same payday for a body-shot stoppage of Rafael Alves.